Even in the early years of his career working the streets of Dorchester and Mattapan, Boston’s next police commissioner was seen a “go-to guy” by superior officers, who quickly sized up William “Willie” Gross as having qualities that, if harnessed properly, would likely move him up the department’s ranks.

“Willie is a really good policeman who never took himself too seriously. He didn’t get all locked up in the badge,” recalls Robert Dunford, a former Boston police commander who retired in 2012 after serving in the same role that Gross presently holds: Superintendent-in-Chief.

Editorial: BPD transition is full of grace
Related: Evans to leave for new post at BC; Gross to assume BPD's top command

In 1991, Dunford took command at Dorchester’s C-11 police district and quickly found that Gross, a Baltimore-born transplant who was raised in Dorchester and attended Boston Tech, had a special touch. “He worked well with people,” said Dunford. “He could just talk to people and get them to immediately talk to him. He understood that people wanted to see him as a person.”

“Willie was a good street guy,” says Dunford. “I can remember one night off of Bowdoin Street he was called there for a car blocking the street. The next thing you know, the guy jumps out firing and they exchanged shots. He went from moving a blocked car to exchanging fire and he handled himself exceptionally well. There are a certain number of guys at any district that you just counted on, whether they’d been on two years or twenty years. And Willie was a guy who didn’t need supervision. He just got it done.”

Gross has drawn tough, but sought-after, assignments in his 33 years. He worked the Gang and Drug Control unit and was promoted to sergeant and then sergeant-detective. His ascension to citywide command staff was minted under former Commissioner Paul Evans when he became a deputy superintendent.

But, even back in the 1990s— when he was still a patrolman— neighbors in Dorchester and Mattapan connected with him in a personal way and saw an ally who was a constant presence in the community, even when his shift ended.

“I was impressed by his attitude,” said Chris ‘Tiger’ Stockbridge, a Boston Code Enforcement officer who met Gross in the early 1990s at a Dorchester Board of Trade softball game. “Talking to him felt like talking into the mirror. He was the black version of me. He calls me his ‘brother from another mother.’” 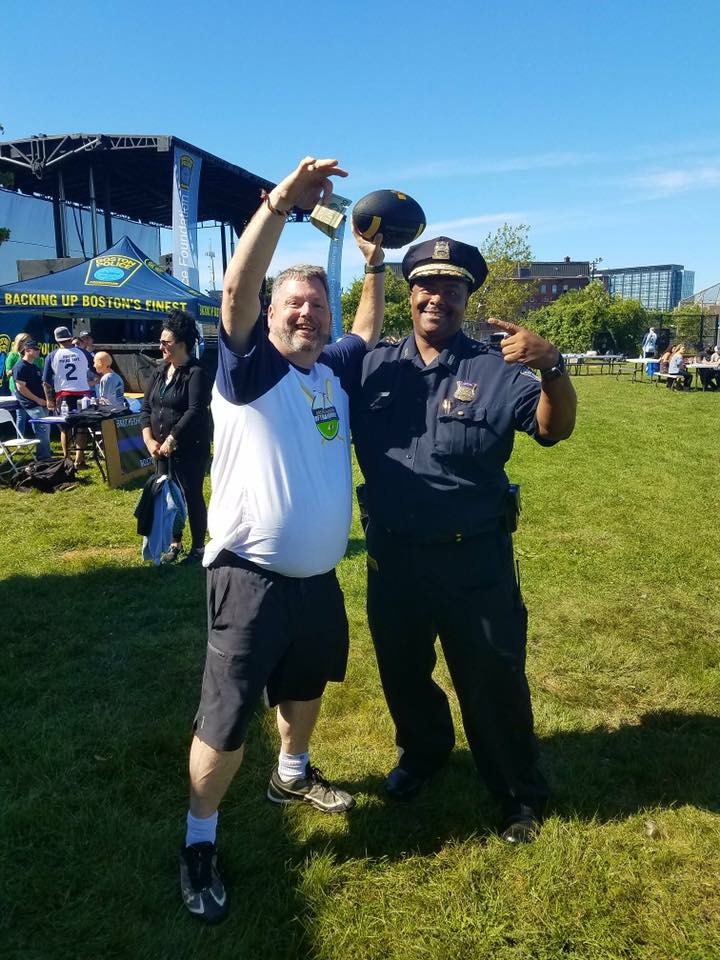 Stockbridge was even more impressed by how Gross was regarded in the same way by virtually everyone he met.

“He’s very impressive, the way he carries himself in the community. He doesn’t try to intimidate people. He’s very welcoming and lovable. Everyone just likes and trusts this guy.”

Horace Small, who leads the Union of Minority Neighborhoods and can be a tough critic of city government, and police in particular, says that Gross’s appointment caused him to “drop his coffee” with delight. A fan of outgoing Commissioner Billy Evans, Small says that the choice of Gross to be the next in command is a “home run” by Mayor Walsh.

“Willie Gross is a profoundly decent human being and the antithesis of the stereotypical heartless, cruel police officer that’s in currency in society today,” said Gross. “I think his policy will be an open door, because he understands the needs of black Boston and poor people. That’s not to suggest that magically enlightenment will take place, but I do expect that what Willie will do is make community leaders more accessible to the captains and the precincts. He will make it possible to have some real dialogue.”

Small adds that Gross will be a real agent of change for the city and the department “if he gets Marty Walsh to buy in. Willie is willing to take some real risks. He’s been taking lessons from all his years as a beat cop and he gets it. I’m sure my brother has ideas about what will in fact work,” added Small, “but he has to have the mayor’s buy-in if he’s to be successful. Marty has got to back him up 100 percent with the rank-and-file.”

Bob Dunford, now retired but still a keen observer of the department’s progress, said that the public would do well to give Gross ample time to settle in and build his own team. Despite his being second-in-command to Evans since 2013, Dunford said, the demands and the complexities of the commissioner’s job will be different.

“Willie is not Billy Evans, he’s Willie Gross. He brings into that job his own perspective. He wants to be a change agent. The test will be who he picks for his command staff, because that will really set his agenda for the next 2, 3, 4 years. He needs to get his feet settled and do a review of his goals and— with the mayor— identify his leadership team.”

Mattapan’s Earl Faulk, who has known and admired Gross since the latter’s days as a rookie cop answering calls and attending coffee hours and Pop Warner jamborees at Almont Park, said that the general consensus is that Gross’s elevation to the top police job in the city is an inspired choice.

“We are quite proud of him,” said Faulk. “Willie has lived in the community, he’s worked with us all along, and now in this position, we wish him all the luck in the world. We just hope he continues to keep us in his sights. We want to be a priority.”