All of the units in the two four-story buildings would be rented to people making no more than 60% of the Boston area median income, according to Codman Square's filings on the two proposals.

The New England Avenue building, across from the group's Talbot Commons 1 building now under construction, would have 12 parking spaces, the Talbot Avenue one 8. Codman Square has been assembling land for the building since 2011. A former auto-repair garage and a small house would be torn down.

The proposed building at Talbot and Spencer would sit on what was city-owned land that is also designated for a separate building aimed at people who make up to 20% more than the Boston area median income. The land now has three auto-repair garages on it, which the city took for failure to pay taxes. 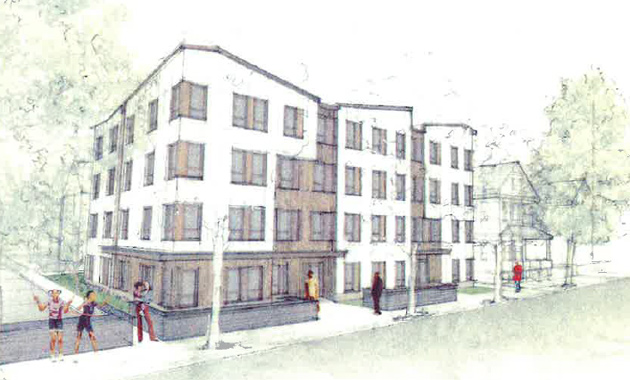 Codman Square and Travis Lee Development - which will build the more expensive units - were awarded the development rights to the land in 2018.

Both projects will need approval of both the BPDA and the zoning board.