Chief Deanna McDevitt became the first-ever BFD woman promoted to the position of district chief. She is shown above with her family, Mayor Walsh and Chief Finn. Mayor’s Office photos by John Wilcox

Commissioner Joseph Finn announced the moves to a room full of about 200 family, friends and employees. 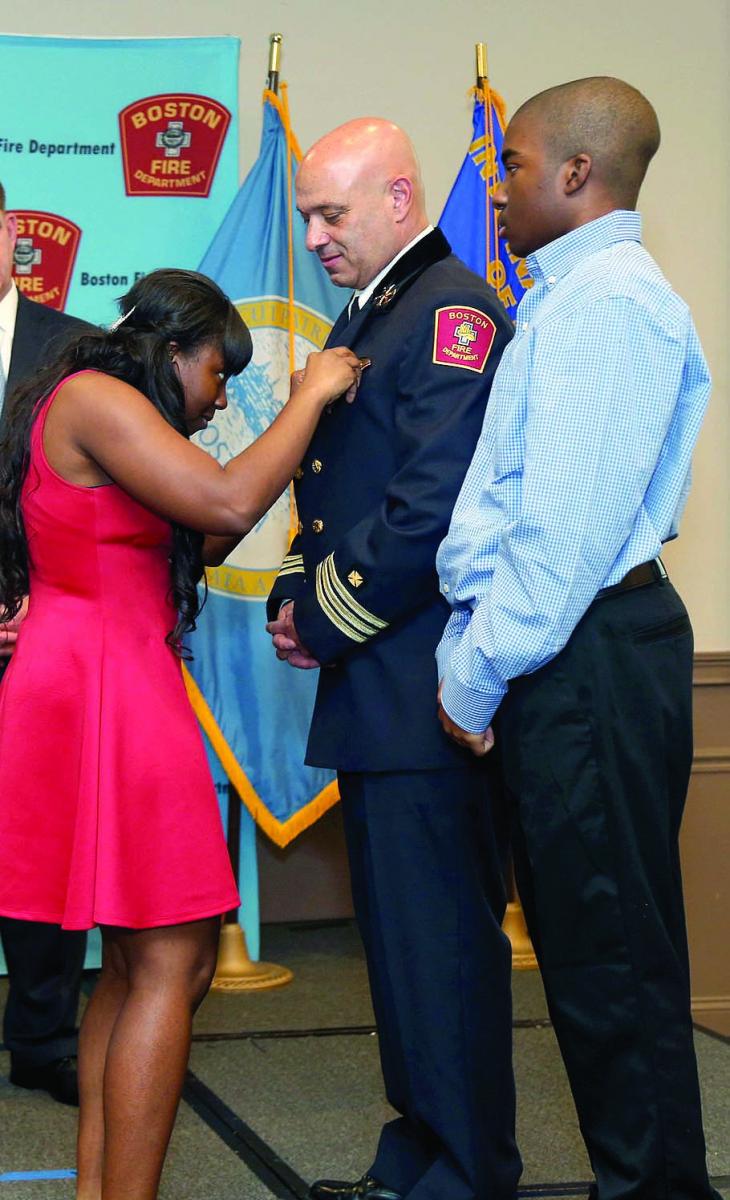