On Wed., Oct. 23, Rhonda Kallman, founder and CEO of Boston Harbor Distillery in Port Norfolk, gathered her staff for a ceremonial toast from a bottle of the company’s signature Putnam New England Whiskey, named after Silas Putnam, the builder and original tenant of the building that now houses her business.

But this wasn’t an ordinary bottle of whiskey. It was the first bottle from the distillery to be “bottled-in-bond,” a government designation that represents a significant milestone for Kallman in the growth of her business. 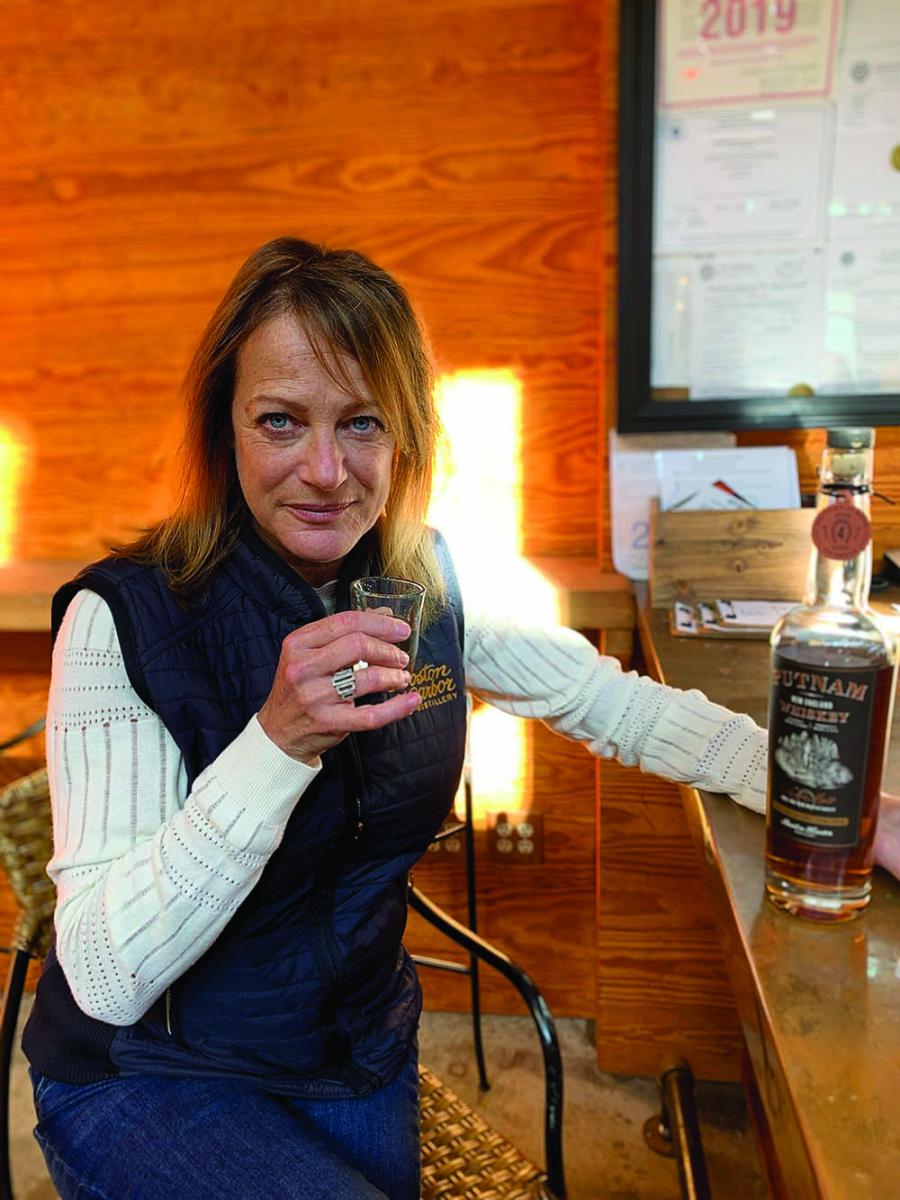 In the spirit of Women’s Small Business Month, the Reporter joined Kallman for a tour of the facility and asked her a few questions about the distillery’s growth, the state of the craft spirit industry, and what she thinks lies ahead:

Q. Congratulations on achieving the official bottled-in-bond designation. What exactly does that mean, and what does the milestone represent to you?

A. “Bottled-in-bond” is a designation based on an act passed in 1897 by which the government basically guaranteed the quality of a certain whiskey. To be “bottled-in-bond,” a whiskey has to be the product of one distillery, made in one distilling season, aged onsite for a minimum of four years, and bottled at 100 proof.
This whiskey – the New England-style whiskey we made –I kind of see it as ‘the baby.’ It was the first product we made and bottled here, so it’s pretty special to see it have this new status and just to see how far we’ve come in the last four years.

Q. Reflecting on the four years since the distillery opened its doors here in Port Norfolk, in what ways has your vision for the business changed or stayed the same?

A. I think it’s stayed the same. On our tour we make sure that visitors get a sense of the history of the building and the area, and just make it an all-around informative, immersive experience. I built it to be an educational center for spirits, and so I love seeing people get excited about the distilling process and the cool artifacts we have here –that’s why I do what I do. I built this place so people could come and learn. 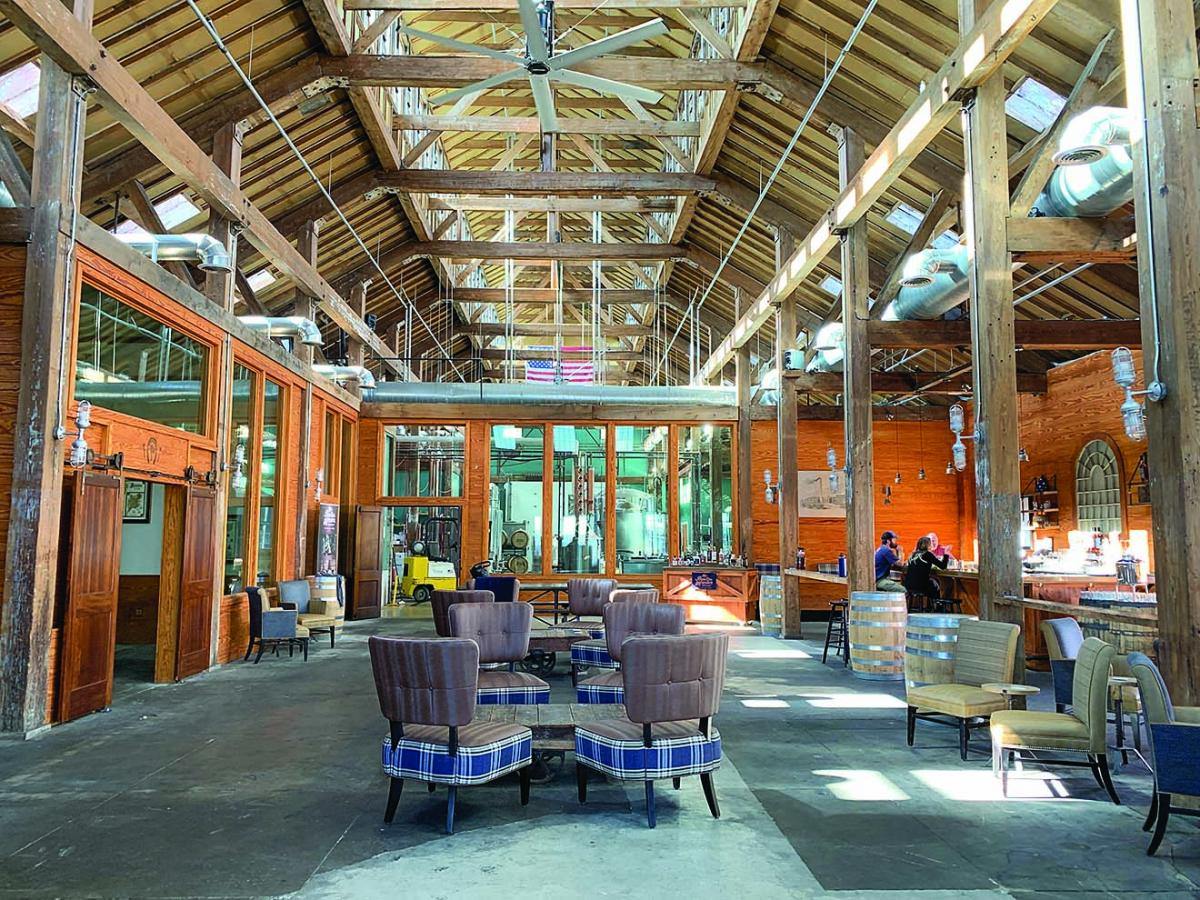 Q. How do you feel about the current growth of the craft spirits industry in America, and do you see it taking a similar trajectory as the craft beer boom of recent years? Also, how has this growth affected the quality of whiskey in the US?

A. There is definitely a parallel to where craft beer was in 1990 and where craft distilled spirits will be headed in 2020. There will be an inflection point for well made, high- quality craft-produced spirits. Craft beer proved that Americans can and will make great products using the finest ingredients and delivering it fresh. Quality, craft-made whiskey will parallel that, though it will take much longer as whiskey takes more time to age. With that said, my mother always says “age is just a number” and in the case of great whiskey, there is much truth to that. Some of the best whiskey in the world, and whiskey made right here in Dorchester, doesn’t need to age long to taste great!

Q. Whiskey has traditionally been a male-dominated field, both in terms of distillers and the marketing machine. However, that’s beginning to change with women like yourself growing their own craft spirit businesses and more women becoming the faces of whiskey and bourbon brands. How do you view that dynamic in the current state of things in the industry?

A. Every time another woman joins the industry, she is bringing along many other women with her, both consumers and future creators.  She brings along her unique perspective.  Much of the craft brands’ marketing is the story behind the craft and women have incredible stories! 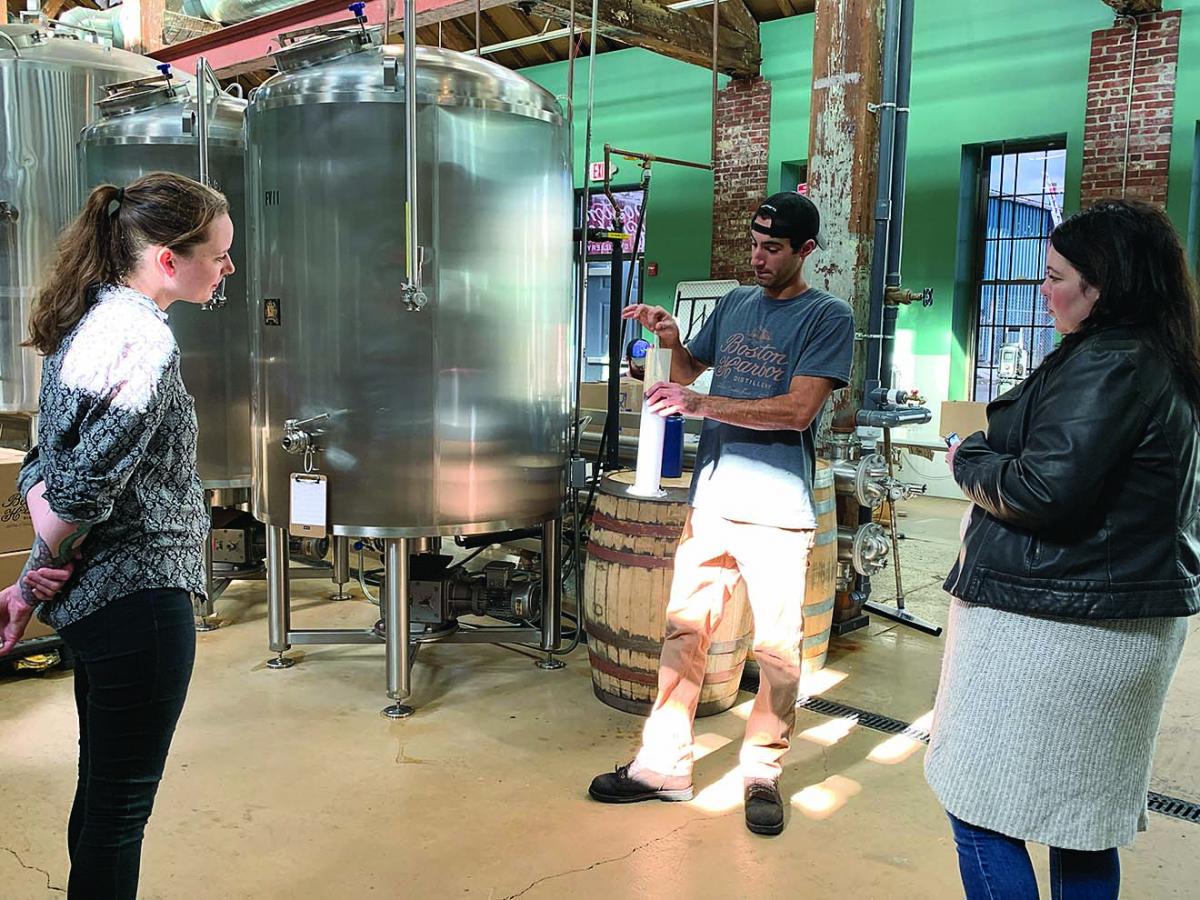 Q. What’s next for Boston Harbor Distillery? Besides the “bottled-in-bond” milestone, any new ventures/products on the horizon?

A. Beginning next week, you’ll start to hear about our “Distillery Only” releases beginning with Demon Seed Whiskey, a spicy, scorpion-pepper, ginger- and maple syrup-flavored whiskey (just in time for Halloween). In addition, we will bottling cask strength, single barrel expressions of Putnam Whiskey.