From 1937 and 1939 black Cadillacs to an open-air bright red Slingshot Polaris roadster, most every visitor could find that special car that they admired the most at the seventh annual Classic Car Show in Dorchester Park last Sunday.

“This is a good community event that brings people together,” said Yvonne Nelson, who has lived in the neighborhood for 24 years and walked to the show from Washington Street with her 11-year-old son Charles and her brother. “We get to come out, see people we probably haven’t seen all year.”

While Charles favored the Polaris, a “transformer car” as he called it, his mother enjoyed seeing a Deuce and a Quarter, a Buick Electra 225 just like her dad used to have.

One of the oldest cars in the show was a green and black Ford Model A from 1931, complete with buttermilk yellow rims and a “rumble” seat in the trunk. 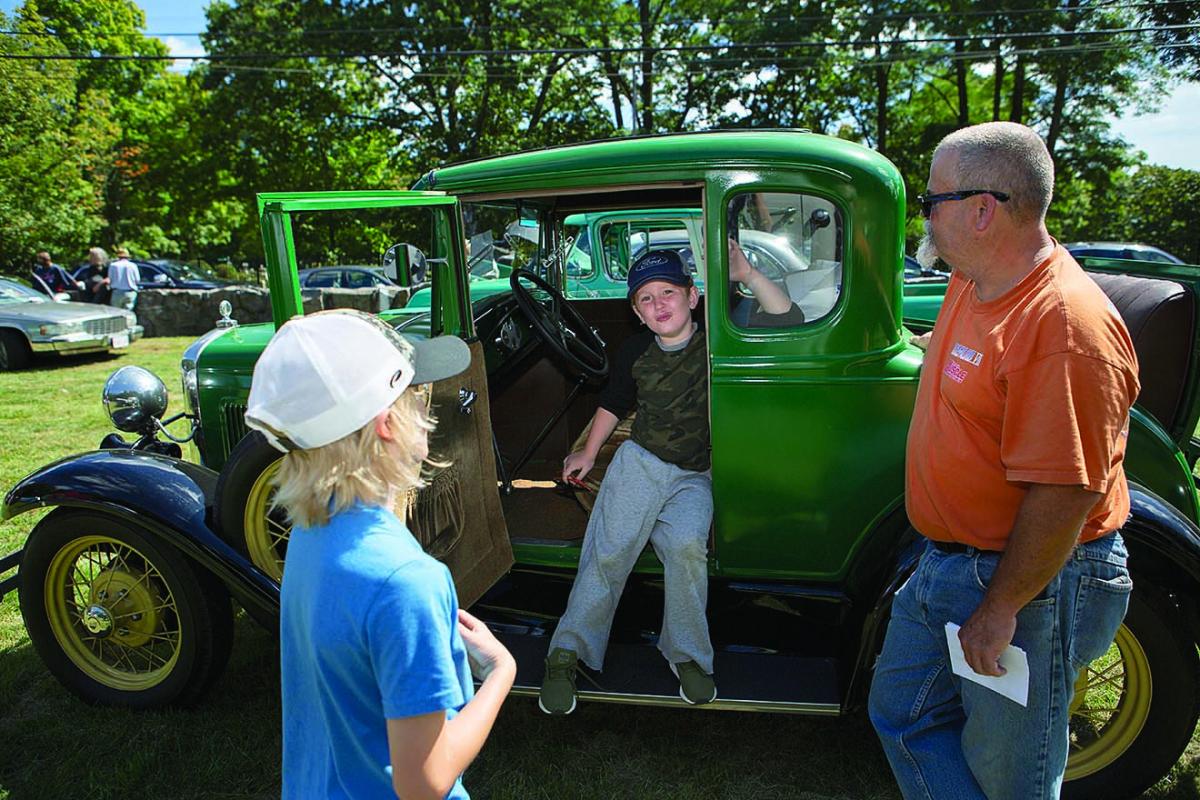 John Guiney, right, answers questions of young visitors about his 1931 Ford Model A.

“This car will never get sold,” said its owner, John Guiney of Braintree, whose late father purchased it in 1970. Guiney has photographs of himself working on the car when he was nine years old.

This is what I do,” Guiney said about his passion for cars and participation in car shows. “I don’t follow sports or go out to drink.”
He is planning to pass the car on to his nephew.

By 11 a.m., close to 70 cars were on site in the lower baseball field along Adams Street, with more to come into the afternoon. 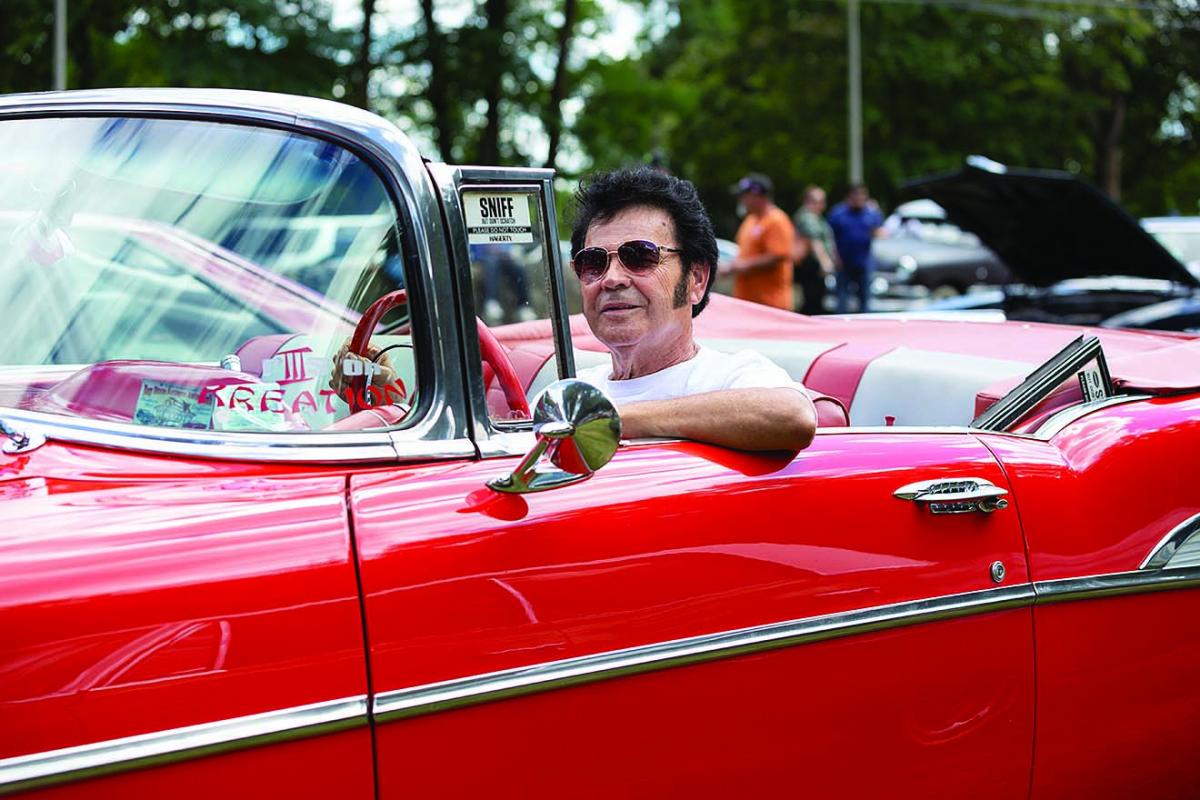 Angel Gonzalez posed in his 1957 Chevrolet Bel Air that brought him second place in the Best Convertible category at the car show.

According to Paul Mooney, one of the original organizers and a member of the show’s committee, what sets Dorchester’s car show apart is that it is a local, low-key event. It is free to the public and car owners.

Paired with Family Fun Day, the car show brings more people to the park, including those who had not been familiar with it beyond the baseball field. The event also featured horse carriage rides around the park grounds, live performances from the Boston School of Music Arts, food stations, and an ice cream truck. 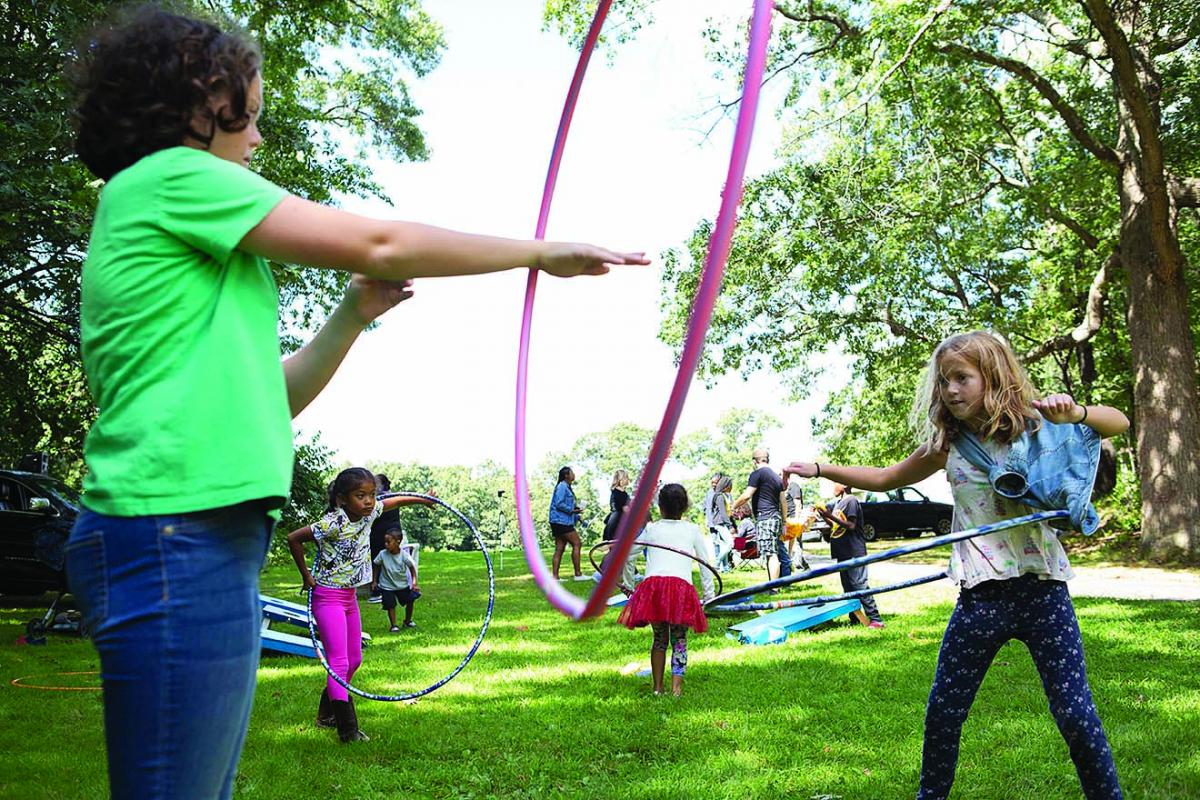 Activities for children included corn hole games and hula hoops, a coloring station and the Free Books for Children Exchange, organized for the second time by Carol Mooney, a member of the Dorchester Park Association and a volunteer. She had encouraged parents to bring books that their children had outgrown and exchange them for new books.

Some books had been donated by members of the community and dropped off on Mooney’s porch. Others she had bought from Boston Public Library sales. After the show, unclaimed books were donated to homeless shelters. 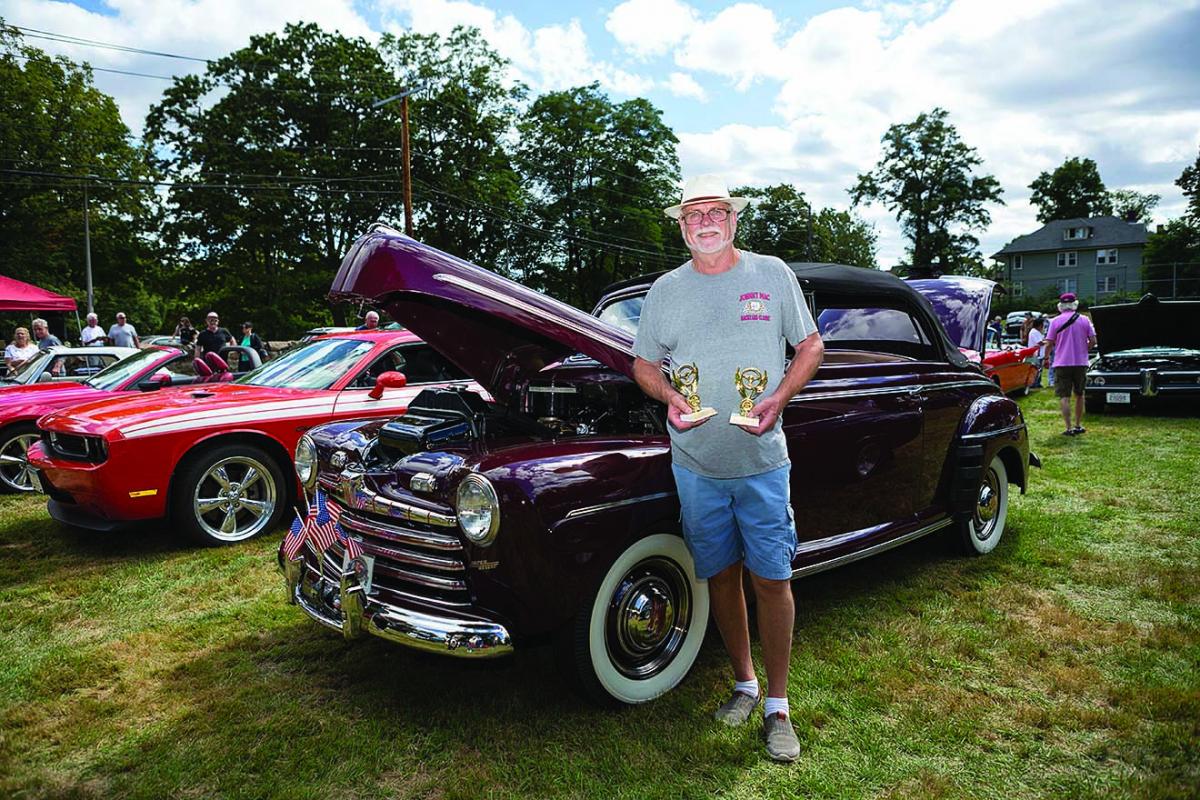 Dorchester Park was conceived by Frederick Law Olmsted as part of the city’s Emerald Necklace network of parks and green space and established in 1891. It features large areas of woodland, two ball fields, two tennis courts, a playground and several paved pathways with main access points along Dorchester Avenue and Adams Street. 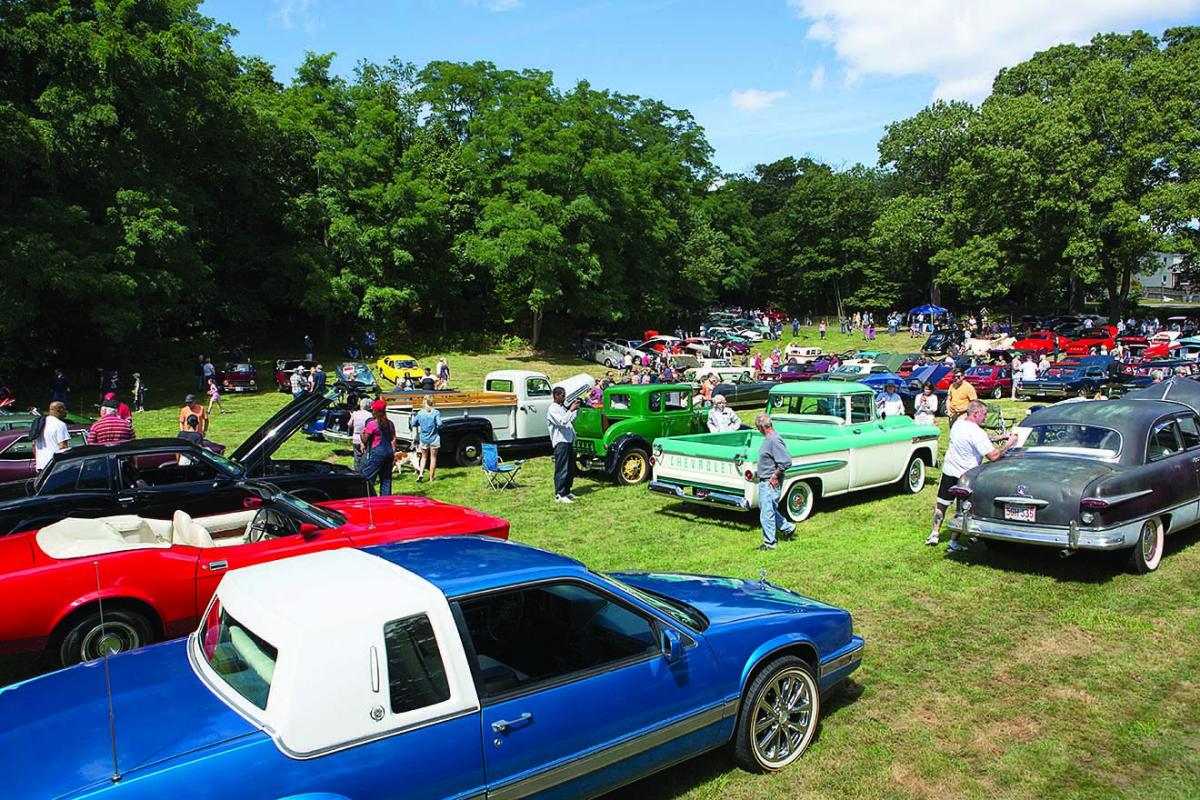