Men of Boston Cook for Women will return for the 22nd straight year on Thursday evening (Oct. 3) at 6 p.m. at Codman Square Health Center.

The annual fundraising event, which was recently named a top ten “can’t miss” event by Zagat, draws top chefs from eateries in Dorchester and across the city in addition to “celebrity chefs”— a mix of elected officials, media, and community leaders— who volunteer their services to cook up a smorgasbord of food and drink.

All proceeds from the event go directly to women’s health services and initiatives at the center. The gala has raised more than $3 million for that cause since 1995.

This year, chefs from 30 restaurants and more than 50 celebrity chefs will take up spoons and spatulas to feed roughly 1,000 guests.

Among the volunteers will be Chris Bauers, executive chef at Lucy’s American Tavern, and a celebrity chef, state Rep. Russell Holmes. As the duo took a practice spin in the kitchen Monday in preparation for Thursday, Holmes spoke to the impact of the Dorchester-based event:

“Hands down, there’s no other event for me in my district bigger than this one,” he said, calling the health center “a leader in this neighborhood.” 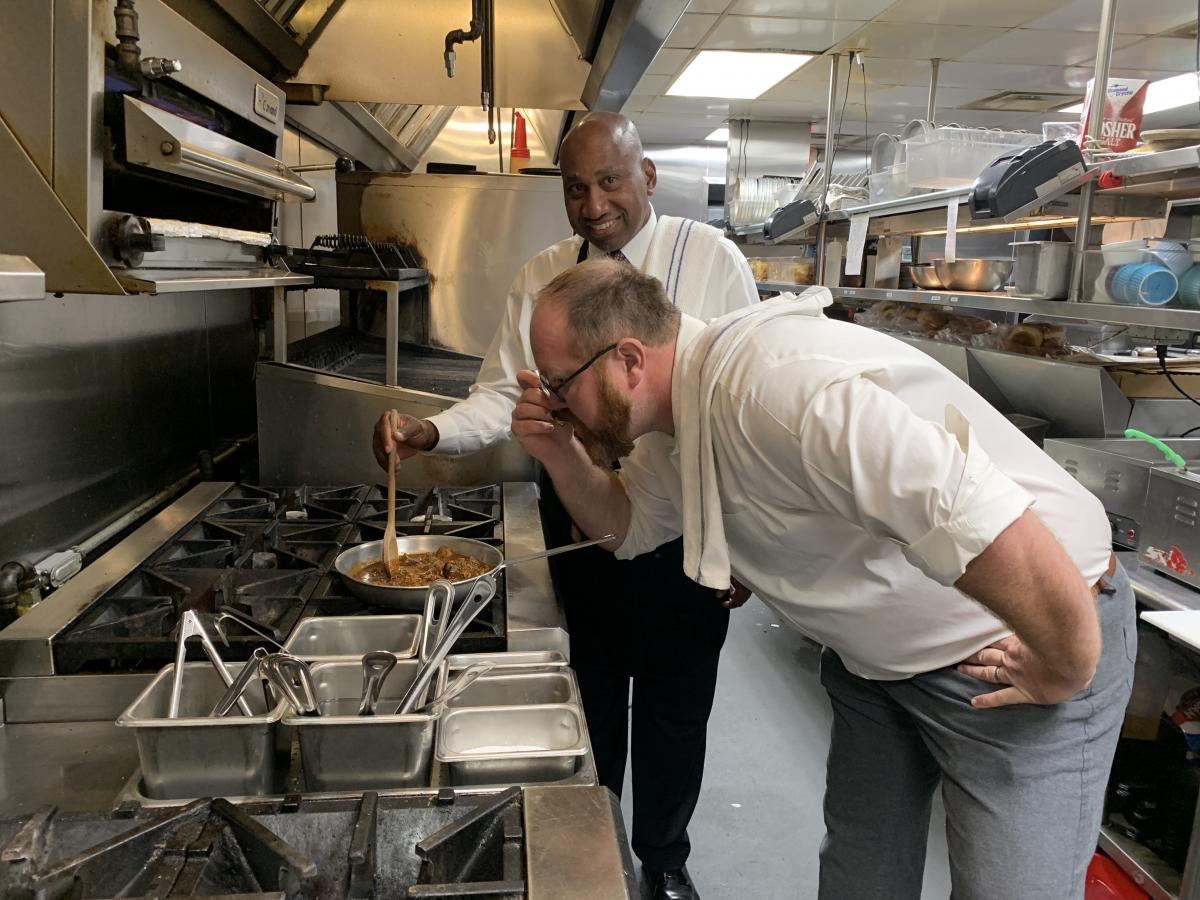 Codman Square Health Center is a crucial provider of healthcare and services to the community, particularly women, and the statistics bear that out: In 2018, 60 percent of the center’s patients were women. In treating more than 13,000 girls and women last year, the health center also conducted 1,800 mammograms, screened almost 5,000 for cervical cancer, treated almost 400 prenatal patients, and supported contraception needs for almost 2,000 women.

But the center’s services extend beyond even those common wellness screenings. “It’s not just about mammograms and reproductive health,” explained Christine Leccese, director of Communications at CSHC. “We also have a lot of group medical visits that women can participate in, pregnancy groups, diabetes groups, so we don’t limit it to reproductive issues.”

Added Holmes: “The center is an anchor for community meetings, the space they have there, and between the farmer’s markets and the educational programs they provide, it’s just an incredible resource at the forefront of our community.”

Thursday night’s tasting menu will include dishes from Lucy’s, Ashmont Grill, Shanti, and Yellow Door Taqueria, and dozens of other local favorites. But Holmes says his favorite table each year is one that appeases his sweet-tooth.

“The folks over at the Haley House know they have to give me a stack of cookies every year,” he said with a chuckle.

Tickets for Men of Boston Cook for Women are available for purchase online at menofboston.com.