The award-winning home of Rick Smith and Darryl Johnson at the corner of Florida Street and St. Mark's Road. Daniel Sheehan photos

Two weeks ago, on a morning after an evening of torrential rain and hail, you might have expected Rick Smith and Daryl Johnson’s garden to look a little worse for the wear; on the contrary, it looked as lush as ever.

“Most of these plants are very hardy,” explained Johnson. “They look good on their own.”

There’s a reason why the couple’s plot of land on Florida Street in St. Mark’s parish has been crowned champion of the Mayor’s Garden Contest two years running. The garden —which Johnson describes as “a cross between English country garden, Alice in Wonderland, and Willy Wonka” —wraps around the couple’s property in an explosion of color and foliage that catches the eye from blocks away.

When the duo moved in 13 years ago, the yard boasted little more than “a chain link fence and some hostas.” Now, it’s a leafy habitat bursting with hydrangeas, rose bushes, crocuses, hyacinths, lilies, flowering vines, and other kinds of growth. After running out of room in their own yard, the couple began planting in the median space on Florida Street, which is now overflowing with plant life.

“I keep thinking I’m going to be done at some point, but I don’t think that’s gonna happen,” said Johnson, who guessed there were more than 50 varieties of plants in his garden, an estimate that Smith deemed to be “modest.”

“We have a balance of evergreen and deciduous plants. That way, there’s something blooming from March or April all the way through November,” explained Smith. 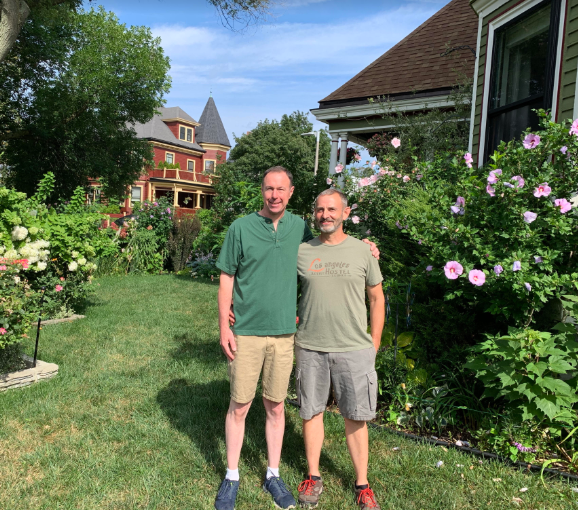 Rick Smith and Daryl Johnson in their garden.

The regular upkeep of such a grand expanse requires a division of labors: Johnson handles the planting and pruning, while Smith is in charge of a complex, automated irrigation system that he manages through a system on his phone. The smart sprinkler system allows him to control water levels even when he’s out of town.

As a bonus, the garden is all-natural. Smith and Johnson shy away from using pesticides. When an aphid invasion threatened to decimate a bed of lilies, the couple retaliated by unleashing an army of live ladybugs on the pests.

Over a decade, their hard work has turned the garden into a perennial heavyweight contender for the mayor’s annual competition, which began 23 years ago as a way to encourage residents to help beautify Boston.

Each year, winners are chosen in nine different categories – vegetable, community garden, storefront business, et al – from a pool of roughly 150 submissions. Smith and Johnson placed third in the large garden category in 2017 before winning it all last year. Parks and Recreation commissioner Ryan Woods told the Reporter that this year, Smith and Johnson’s garden elicited awe from contest judges.

“Our judges score everything on a score sheet, ranging from variety of plants and materials as well as color,” said Woods, adding that for Smith and Johnson’s entry, “two of the judges just wrote ‘Wow’ with an exclamation point...How meticulous the garden was kept set them apart.” 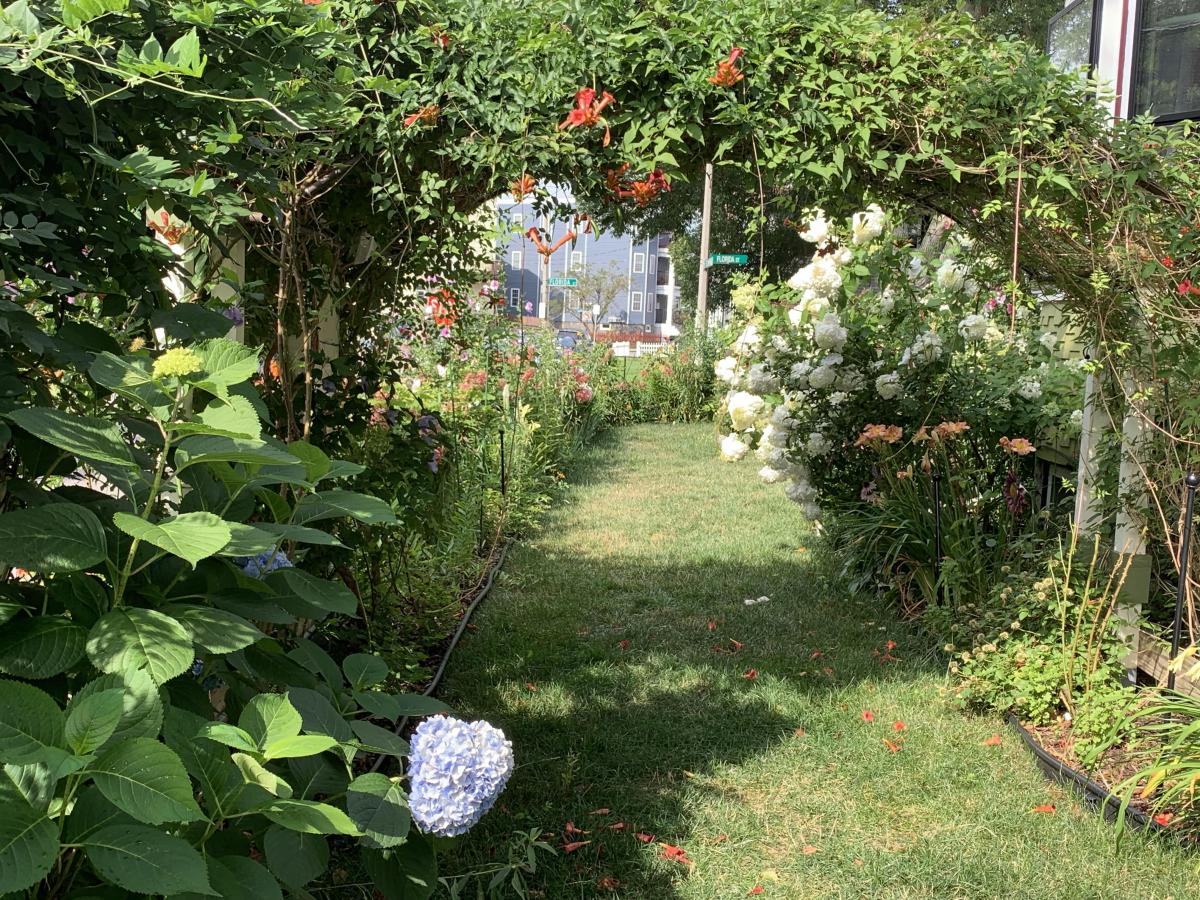 A quiet place in the garden. Daniel Sheehan photo

The couple, who say they receive daily compliments on their property, were feted on Tuesday at a downtown award ceremony in the Public Garden, where Mayor Walsh presented them with the “golden trowel” for the second straight year.

“I honestly never thought people would enjoy the garden almost as much as I do,” said Johnson. “The neighborhood has really embraced it.”

Their garden would seem like a shoo-in for a three-peat next year, but contest regulations only allow contestants to be finalists for three years. Instead, Smith and Johnson will retire into the competition’s “hall of fame” and take on a new role as judges of the competition going forward. That policy lets others vie for the top prize while keeping past winners engaged, said Woods.

“A lot of the judges have made connections with each other, and with contestants where they meet up. They share clippings, and so it’s kind of started this whole gardening community,” he added.

For Johnson, sharing tips and plants with his neighbors is even more rewarding than being recognized for his work.

“Half the fun of having a garden is sharing it,” he said.