When the Boston City Council on Wednesday voted in favor of a resolution to condemn police brutality and "the use of excessive and militarized force" at the federal level, it did so unanimously. The tally: 12-0.

But there are 13 city councillors. And the one councillor who did not vote to support the resolution represents Dorchester: District 3's Frank Baker.

On Thursday, the Reporter called Frank Baker to ask why he did not vote on the resolution, which was co-sponsored by Councillors Julia Mejia and Ricardo Arroyo, along with Council President Kim Janey.

According to Baker, he intended to vote on the resolution and would have supported it. However, he said that he was obliged to leave the council's virtual meeting to join another call hosted by the Greater Boston Chamber of Commerce related to the re-opening of the hospitality industry.

"It was not intended as any slight," Baker told the Reporter. "I intend to see if I can go on the record and have it recorded next week."

When asked if he would have voted to support the measure, Baker said: "Yes."

The council's resolution (shown below) seeks to show support for a former colleague, US Rep. Ayanna Pressley, who introduced a similar resolution last week in Congress. 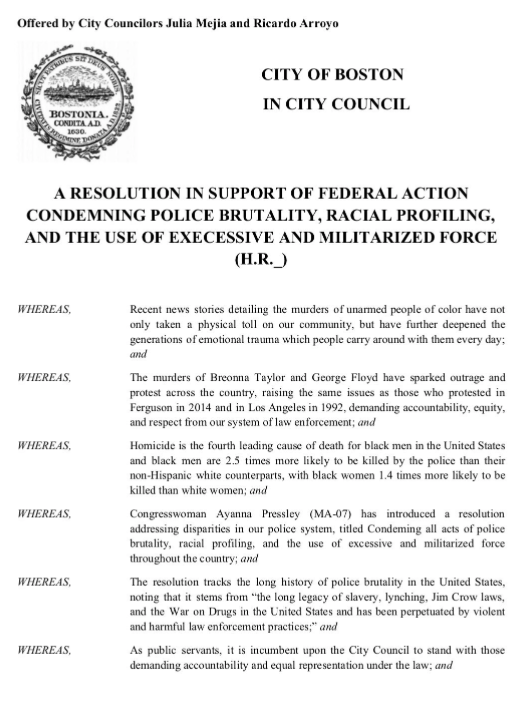 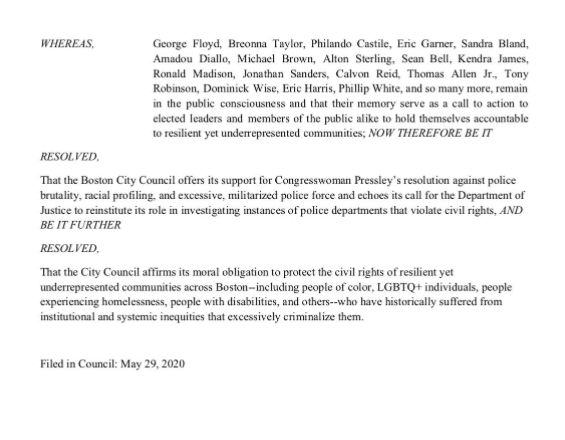