In the wake of last week’s executive order from Gov. Baker mandating the use of face masks in public, mask-making efforts have expanded across the commonwealth. The Boston Area Mask Initiative, a grassroots movement founded in March by Stephanie Cave, a Dorchester resident, is among the groups at the forefront of that call to action.

In the first two weeks after Cave began her effort on March 20, she received requests for more than 2,500 masks. Since then, demand has only increased, with total requests nearing 50,000 this week. “Requests are still coming in every single day,” she said.

The initiative is a collaboration among local leaders: Cave, a quilter with a background in non-profit management, enlisted the services of City Councillor Annissa Essaibi-George’s Stitch House on Dorchester Avenue, Virginia Johnson’s Gather Here fabric store in Cambridge, and medical professionals in proximity to the front lines of the crisis to helm the movement.

With a team of around 700 sewers and volunteers — residents from Greater Boston and both the North and South shores— the initiative has steadily chugged toward fulfilling every request over the last several weeks, having made and distributed around 20,000 masks so far. Cave said the short-term goal is handing out 3,000 masks per week, with a long-term goal of 100,000 in all.

“At this point, we think we’ll just keep making them until there’s no longer a need,” she said. 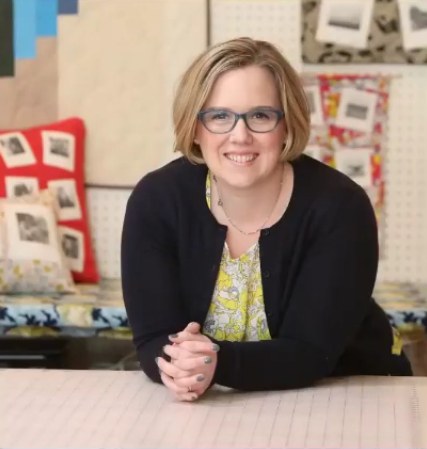 The cotton masks, sewn largely by volunteers in their own homes, have been distributed to 125 organizations in the Greater Boston area, with 35 percent going to shelters and group homes, 23 percent to hospitals and health centers, and the rest to a mix of essential workers, food pantries, and nursing homes.

Dorchester-based organizations that have received masks from the initiative program include women’s shelters, Carney Hospital, and the Daily Table on Washington Street, among others.

Cave noted that volunteers come from a “wide range” of sewing experience, with veteran sewers and beginners alike contributing to the cause.

“A lot of them have sewing experience, but a lot dusted off their old sewing machines or got new ones just to pitch in,” she said. “That’s the wonderful thing about it – we have taught people to sew over Zoom. For beginners, mask-making is a great way to learn how to sew and fine tune your skills. So, while we have some people with extensive experience, others use it as practice; the repetition is a great opportunity to get better.” 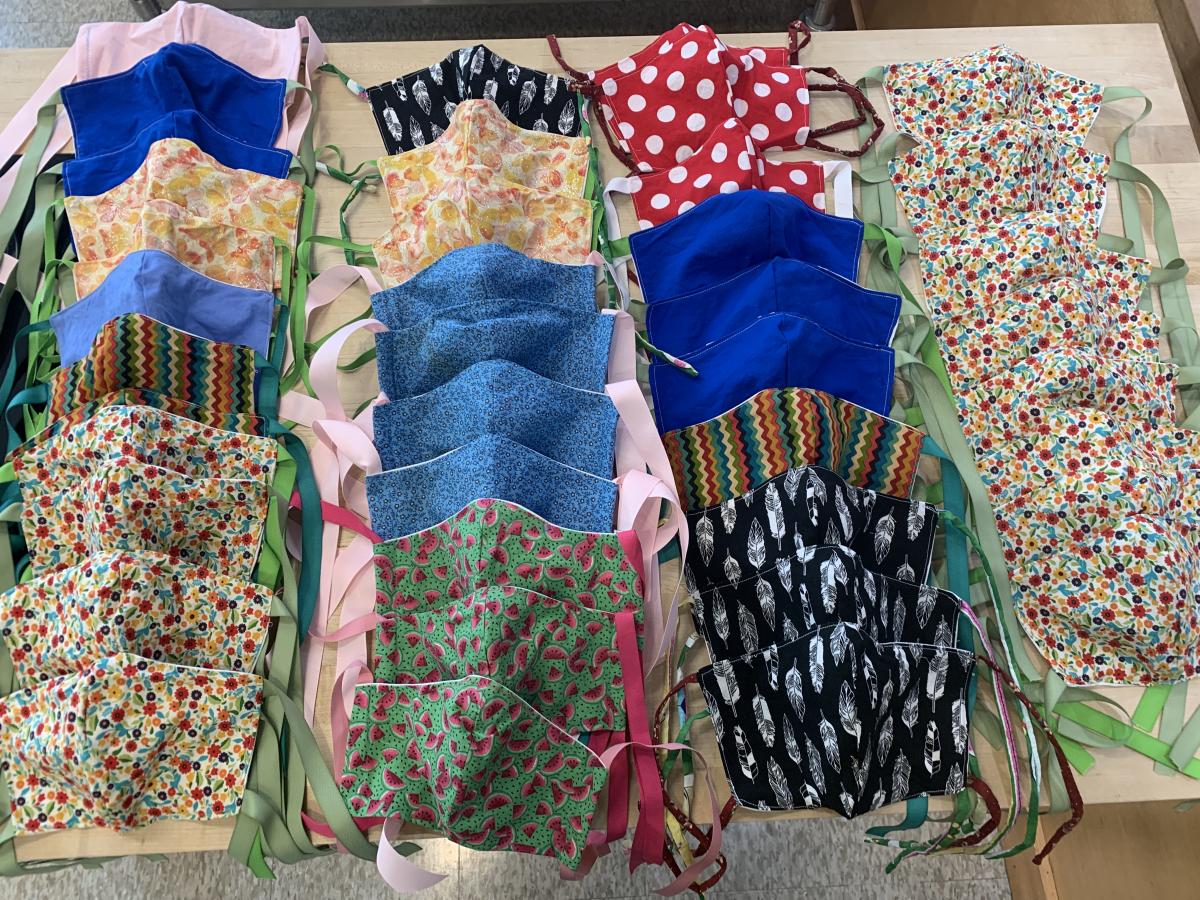 A sampling of the nearly 20,000 masks made so far by a team of around 700 sewers and volunteers. Image courtesy Boston Area Mask Initiative

Beyond performing a vital public service, the group has succeeded in building a caring virtual community. At a Zoom “town hall” meeting last Friday, nearly 150 members tuned in with questions and suggestions for the direction of the initiative going forward. Cave said she’s “looking forward to the day when we can all come together and meet in person.

“It’s been incredible. I still can’t believe the project is as big as it is,” she added. “The longer it goes on, the more I realize how much of an impact we’re making, and how important what we’re doing is.”

With federal authorities failing to meet PPE needs in many parts of the country, that duty has fallen on the shoulders of local officials, volunteers, and groups like the Mask Initiative. Cave said she’s been blown away by the generosity of sewers in the group, many of whom are donating masks at clips of hundreds at a time.

“It’s unfortunate it has become our responsibility. We wish we didn’t have to do it, but since we are able, I think we have this responsibility and calling to do it, and to advocate for people who can’t,” she said. “At a time when a lot of us feel like there’s not a lot we can do, this is a way to know we’re making an impact.”

To participate in the Boston Area Mask Initiative, fill out a mask request form, or access a volunteer registration form, visit bostonareamaskinitiative.com.