Mail-in ballot two-way flow is under a spotlight

Early voting in the Commonwealth is well under way ahead of next Tuesday’s state primary election. In-person and mail-in balloting began in Boston last Saturday. Residents can vote in person through Aug. 28 and by mail through Aug. 26. Polls will be open everywhere in the city of Boston next Tuesday, Sept. 1, from 7 a.m. until 8 p.m.

As of Monday, the city’s Election Department had processed 80,000 mail-in ballots, with some 20,000 of them having been filled out and returned. City officials said that 3,838 voters had cast their ballots in-person on Saturday and Sunday.

Residents can vote in-person this week at City Hall (9 a.m. to 5 p.m. through Friday) or on Thursday from noon to 8 p.m. at the Lee School on Talbot Avenue and Mildred Avenue Community Center in Mattapan. Early voting was held last weekend at the Murphy School in Neponset.

Voters can expect to see US Sen. Edward Markey on the ballot alongside his challenger, Congressman Joseph P. Kennedy III.

Congresswoman Ayanna Pressley, who represents the Massachusetts 7th District, is unchallenged on the primary ballot; while Congressman Stephen Lynch appears alongside has challenger for the 8th District seat-- Dr. Robbie Goldstein, an infectious disease physician at MGH.

State Sen. Nick Collins, who has held the First Suffolk Senate seat since 2018, is facing a primary challenge from first-time campaigner Samuel Pierce.

Candidates in the race to fill a vacancy for the 12th Suffolk District House seat include Stephanie Everett, Jovan Lacet, and Brandy Fluker Oakley. Cameron Charbonnier’s name is also on the ballot, although he publicly suspended his candidacy in early July. Rep. Dan Cullinane announced last year that he would not seek re-election to the seat, which includes parts of Dorchester, Mattapan, Hyde Park and Milton.

State Rep. Dan Hunt, a three-term incumbent, is unchallenged on the ballot for the 13th Suffolk District, which includes parts of Dorchester and a small section of Quincy. Also without challengers on local ballots: State Reps. Liz Miranda and Russell Holmes.

Incumbent Suffolk County Register of Probate Felix D. Arroyo, who has held the seat since 2014, is facing off against Kerby Roberson.
The final election, which will include the presidential ballot, is on Tues., Nov. 3. 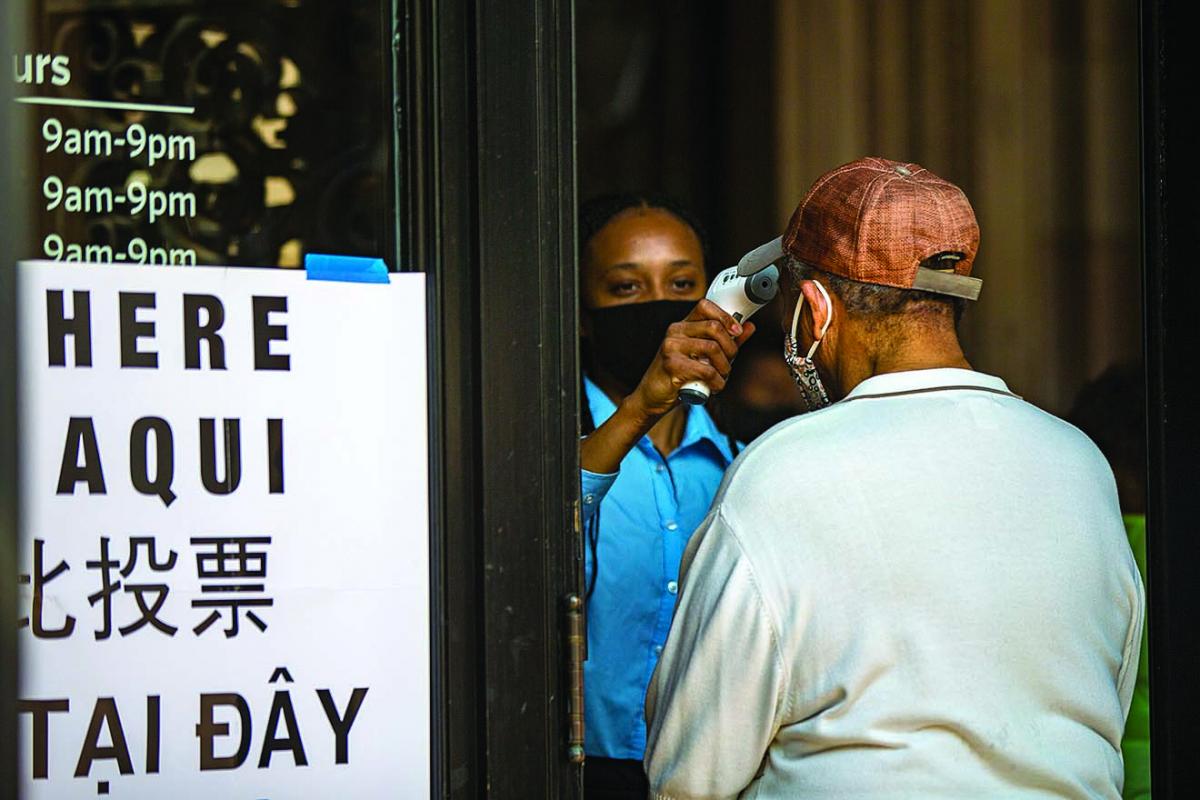 The Election Department has changed the location for voters in several locations in Dorchester and Mattapan ahead of Tuesday’s balloting.

Elsewhere in Ward 13, voters who typically go to the Catherine Clark Apartments will instead be voting at St. John Paul II Catholic Academy, 790 Columbia Rd.

In Ward 17, the polls in precincts 1 and 3 will be relocated from the Lucy Stone school on Regina Road to Codman Square Tech Center, 450 Washington St.

In Mattapan, voters in Ward 18, precinct 3, who vote at the Mattahunt School on Hebron Street, will still go to that address, but the voting stations will be set up in the school cafeteria, not in the small gymnasium in the community center as in past years.