Dorchester has long been known for its famed blue and white pottery, a distinctive look introduced toward the end of the 19th century by potter George Henderson that remains desirable in certain stoneware circles. Today. a Dorchester teen has taken up the torch and is keeping the kiln lit, so to speak.

Faced with an ample amount of down time over the past year, 18-year-old Henry Richard chose to spend a good portion of it pursuing a personal passion: pottery. He told the Reporter that he first became interested in pottery after taking a class on the subject as a sophomore at Thayer Academy. After graduating in the middle of a global health crisis in the spring of last year, Richard decided to defer his acceptance to Pace University in New York and take an “unexpected gap year.”

That decision provided him with some flexibility to pursue his hobby, a sometimes time-consuming, multistep artistic process that involves “throwing” clay — molding it into the desired shape with a pottery wheel — before glazing and firing the piece in a kiln to achieve a final product.

“I make all my pottery at home and then finish it at my old teacher’s studio,” explained Richard. “Usually, I’ll throw a bunch of pots, trim them and get them ready, and then bring them there in big batches to fire and glaze them.” 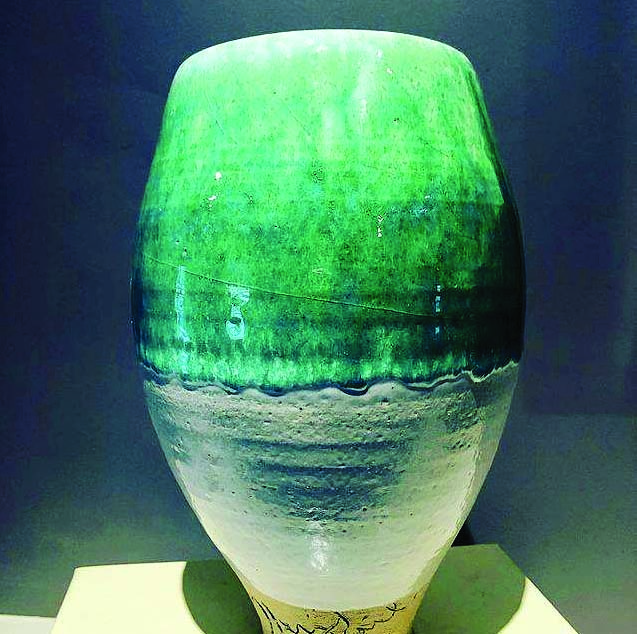 A piece crafted by Henry Richard.

Shaping the clay into a vessel can sometimes take upwards of an hour to get right, he added. But the room for creativity and expression makes the art of stoneware appealing to him.

“I like the ability to make a lot of different shapes. I’m always experimenting,” said Richard. “I always have a particular shape in mind before I start. I make a bunch of stuff, some that are functional like vases or flowerpots, and some that are just decorative.” 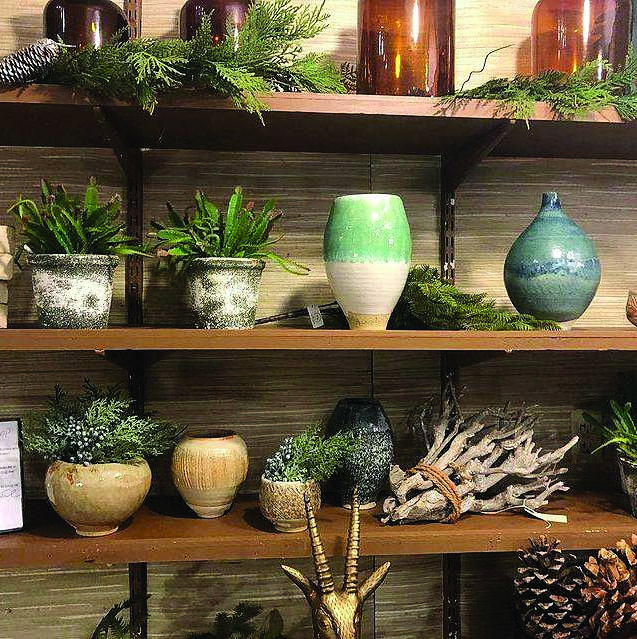 In recent weeks, Richard’s pottery prowess has caught the eye of his employers at Cedar Grove Gardens, where some of his pieces now sit on display. The quality of the pieces hint at a burgeoning business model, but Richard says he’s “taking it day by day,” focusing only on his love for the artform.

“Sometimes I’ll go a week without making anything. I don’t want to feel forced to do it. I haven’t been treating it like a job; I’ve just been trying to stay calm and go at my pace.”

He says he hopes to continue making pottery once he begins college this coming fall. For now, his unique works are available for purchase in the Cedar Grove Gardens gift shop.