The receptacle where the infant was allegedly placed by the 33-year-old defendant. Katie Trojano photo

A woman who allegedly abandoned her newborn son in a Lower Mills trash barrel last Friday afternoon was charged with attempted murder and reckless endangerment in Dorchester court on Monday. Marie Merisier, 33, was ordered held in lieu of $100,000 bail. If she posts bail, she will have to stay at home under GPS monitoring and must have no contact with the newborn victim or any witnesses.

The baby was found in the trash receptacle on a Dorchester Avenue sidewalk and was rushed from the scene — alive— thanks to the actions of two people who alerted authorities to the situation. The infant is recovering and doing well, according to Suffolk County District Attorney Rachael Rollins, who checked in on him on Saturday.

Police were called to Lower Mills village around 1:15 p.m. on Friday as the story began to unfold. On Monday, prosecutors said in court that Merisier gave birth to the boy inside the residence of an acquaintance who lives in the Lower Mills Apartments steps away from where he was later found. WCVB-TV reported that Merisier had been cooking and cleaning for an elderly resident, who told police that the defendant spent about an hour in the bathroom of the apartment. The man said that he heard a baby crying and that Merisier then left carrying a leather bag.

According to the DA’s office: “As she prepared to leave the apartment, a resident heard the newborn crying inside Ms. Merisier’s leather bag and asked if she required an ambulance. She allegedly declined. The individual called 911 after Ms. Merisier left.”

Prosecutors say that security footage captured Merisier “as she removed something from her bag and placed it in a trash barrel” in front of Pat’s Pizza.

Soon after, a passerby, Silvana Sanchez, heard crying as she passed the barrel and initially thought it might have been “puppies.” She quickly alerted a Boston EMT who was responding to an emergency call at the nearby Boston Housing Authority building at 2262 Dorchester Ave. 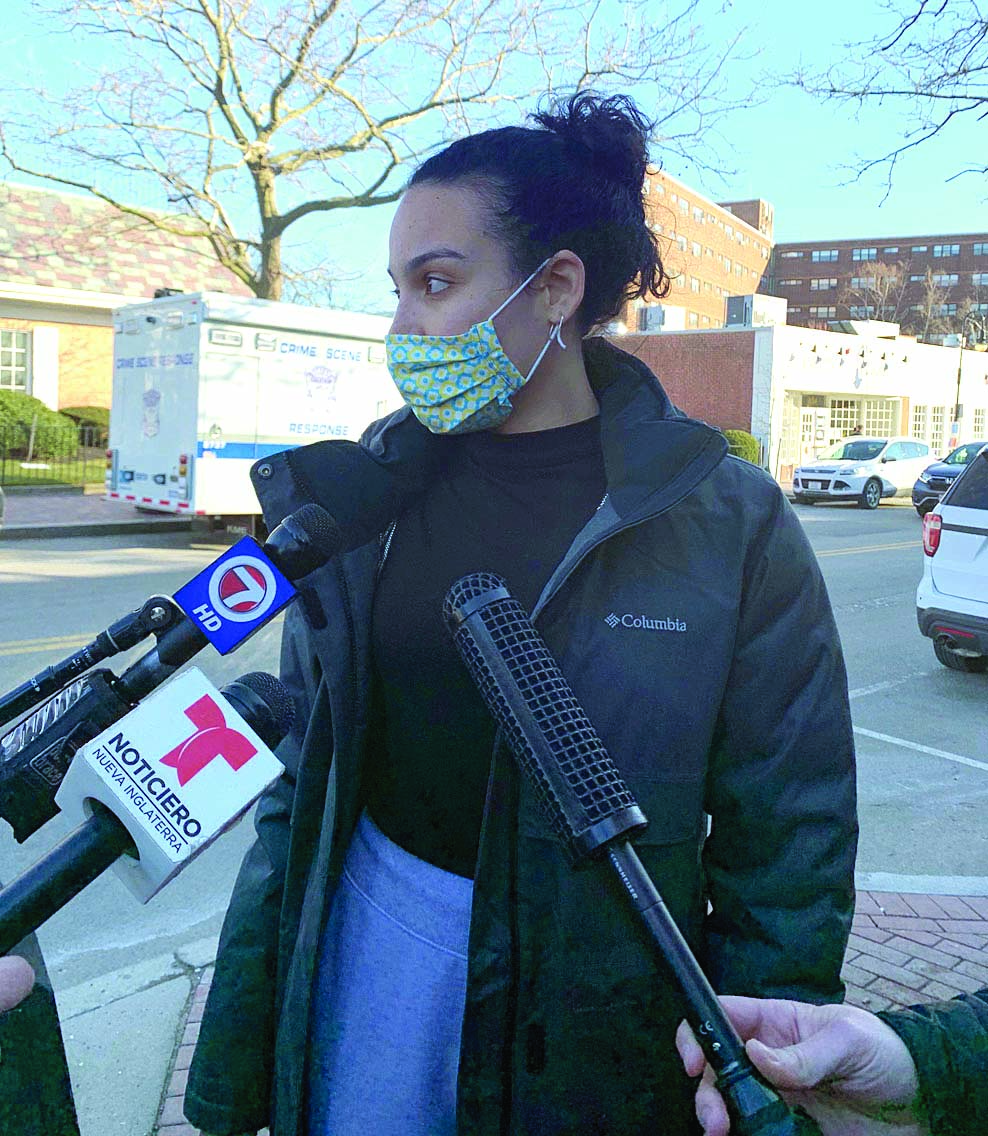 Silvana Sanchez was walking along Dorchester Avenue last Friday when she heard crying from trash bag in a barrel and alerted EMTs who were near the scene in Lower Mills. Katie Trojano photo

Sanchez told reporters at the scene that the infant was inside a plastic bag— like one that might be from “a convenience store, tied up.” She said she watched “in shock” as the EMT opened the bag to reveal an infant that was covered in blood and appeared “purple”— signs that Sanchez took to mean that the baby had just recently been born.

“I saw the baby come out of the bag. It literally happened in seconds. They took the baby right to the hospital,” she said. “The baby was alive and crying.”

On Friday afternoon, Merisier was located by police at a residence on Cheevers Street in Milton and taken to a local hospital. At her arraignment, her defense attorney Cristina Rodrigues said Merisier thought the baby was dead.

DA Rollins hailed the actions of EMTs, Sanchez, and the resident of the apartment complex who called 911.

“I want to offer my deepest thanks to the two individuals who sought immediate help for this baby at the first sign of crisis and to the first responders who rushed into action to assist and protect the child,” she said. “It is because of all of these swift actions that this beautiful newborn is alive and now hopefully able to thrive.” 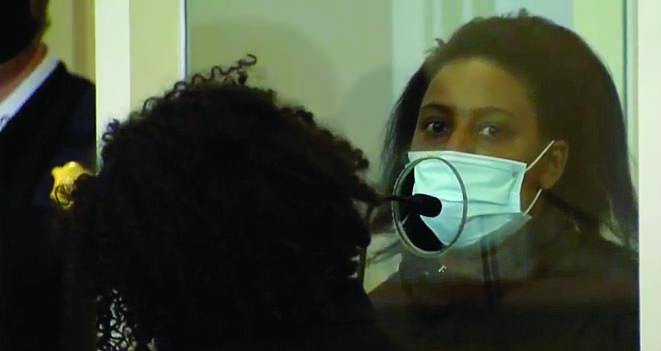 Rollins visited the baby on Saturday and “was so happy to see nurses pampering, spoiling, and singing to, feeding, and generally pouring love and affection into this beautiful child.”

She added that she could understand the “the amount of pain, fear, disassociation, or mental anguish one must be experiencing to engage in the behavior we alleged she did,” but said women in a similar situation should know there is help available – in this case, the trash barrel sits just a long block away from Carney Hospital.

State law — known as the Safe Haven Act — allows a parent to “legally surrender newborn infants seven days old or younger at any hospital, police station, or manned fire station without fear of facing criminal prosecution,” Rollins noted, saying that parents under stress can call 1-800-632-8188 if they need help.

“This situation did not have to happen,” the district attorney said. “But we need to make sure that parents of newborns know they have options if they feel hopeless, depressed, an inability to bond, or are having thoughts of harm to themselves or the child. Nobody should ever suffer in silence, but no harm should ever come to any child, either.”

Katie Trojano and Daniel Sheehan of the Reporter and Adam Gaffin of Universal Hub contributed to this article.