Boston firefighters responded to a three decker at 47 Woolson St. around 9:15 p.m. on Thursday for what became a three-alarm fire.

The fire started on a rear porch, then spread to the second and third floors. 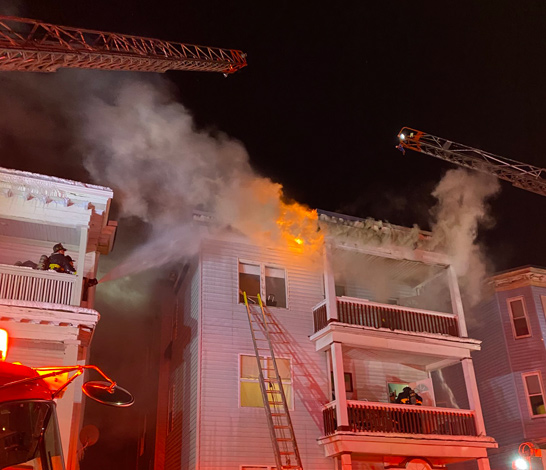