Skip to main content
Michaela Brant, Special to the Reporter

A tour group is shown inside the Commonwealth Museum, which is located on Dorchester's Columbia Point. Photo courtesy Secretary of State's office

A 1780 letter from Alexander Hamilton to the Marquis de Lafayette —stolen from the Massachusetts Archives decades ago— is now on display at the Commonwealth Museum in Dorchester. Image courtesy Secretary of State’s office

Although the Commonwealth Museum has a small footprint to work with, wedged as it is between the JFK Presidential Library and the UMass Boston campus, it nonetheless packs centuries of history, and some of Massachusetts’ most important documents, into its galleries.

The archival collection was for years housed in the State House basement on Beacon Hill, according to Michael Comeau, the executive director of the State Archives and Commonwealth Museum. The museum falls under the purview of Massachusetts Secretary of State William Galvin’s office.

“It was determined in the early 1980s that the archives collection needed to have a better home,” said Comeau. “And it needed to grow.”

In 1986, the new Commonwealth Museum opened on Columbia Point, and during the 2000s the building was reconfigured for even more display areas. Now, the staff there ensures that the collection is “accessioned, preserved, managed, and then made accessible.”

Visitors can come to do archival research with the assistance of the collections’ staff members, or tour the main gallery areas of the museum. The museum is an attraction for students. Groups from third grade through high school can visit with a simple reservation with the archives providing bus transportation.

The permanent exhibition spans from Indigenous history to the British colonial period through the American Revolution and to the establishment of the United States. It ends with the 19th century reforms covering labor, women’s, and civil rights. 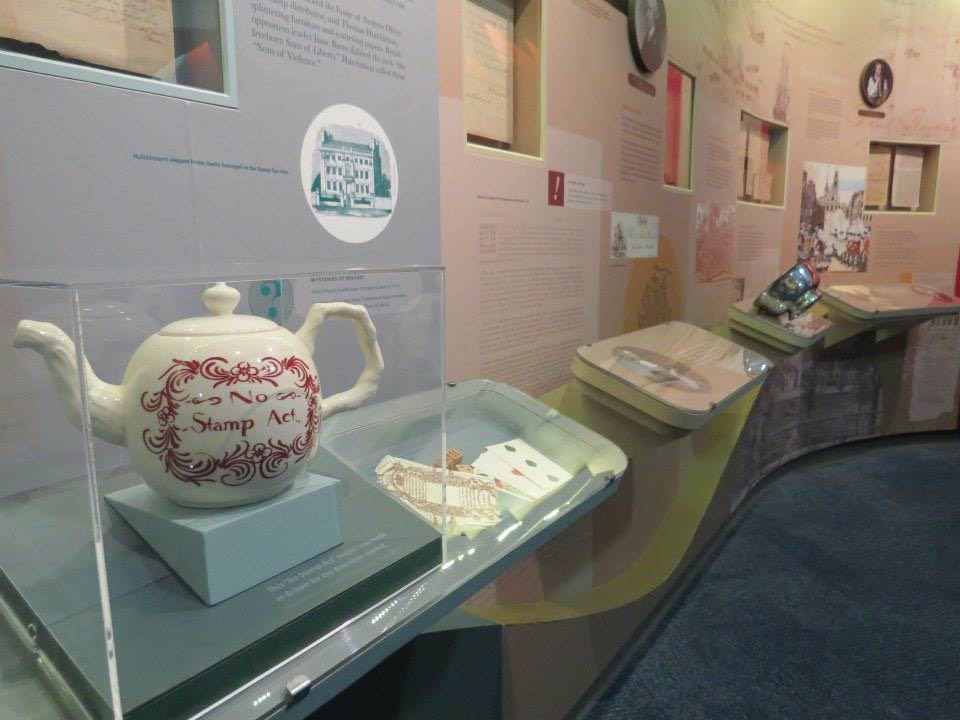 Step into the museum’s Treasures Gallery, and the temperature and the lights drop. Visitors find themselves surrounded by original and authentic copies of some of the most important documents in Massachusetts history, from the Charter of the Province of Massachusetts Bay and the Charter of 1629 to the Declaration of Independence, the Bill of Rights, and the celebrated Massachusetts Constitution of 1780, the world’s oldest functioning written constitution.

Visitors typically flock to the museum on July 4th to see the Declaration of Independence. This year, there was another draw: a newly recovered letter written by Alexander Hamilton in 1780.

After it was stolen from the State House during World War II and sold to a private collector, the letter resurfaced at an auction house when the family possessing it decided to sell. Years of court battles followed between the museum and the family, but the archives regained the letter this March.

It was displayed at the July 4th exhibit, and will be brought out from the archive for future events. “It’s part of the public collection,” said Comeau. “It belongs to the public.”

The Commonwealth Museum is open to the public 9 a.m. to 5 p.m. Monday through Friday.