The game was part of a much larger picture, as BLA Coach Katie Nolan, a Dorchester resident and a DYH coach, noted in saying that Girls Hockey Night is about paving the way for the younger girls while allowing the older girls to become role models in a sport most often dominated by boys and men.

“It means a lot to me to give back to these girls, especially the younger girls coming up,” said Nolan, who played DYH growing up. “It’s a special night…and the younger girls in DYH were fired up all week for this. It shows them that if you work hard, you can get to that next level. I want them to see they can achieve anything they put their minds to. They matter, and they have a voice in women’s sports.”

Roche seconded Nolan’s vision, saying how great it was to see the DYH U10 and U12 teams play their Girls Hockey Night scrimmage after the first period of the BLA-Stoughton game. As the younger girls came out of the locker room, Roche and the older girls formed a human tunnel for the younger girls to skate through as they burst onto the ice.

“All the little kids love it and they’re excited to come out and play their own game and watch our game,” she said. “The little kids look up to us and I’m glad to be their role model…Growing up, boys obviously take the lead in hockey and get all the fans. So, if you can get a good group of girls together from all different towns, it means the world.”

DYH officials said they were happy to keep the tradition going and plan to highlight the girls program every year with the Girls High School Hockey Night.

“It just shows how strong the girls’ program is in Dorchester,” said DYH Secretary Tim Rogers. “It’s great to highlight high school hockey in our program and show the younger girls what they have to look forward to and what the future can hold for them.”

“I want to thank the volunteers we have because they are the reason why the girls’ program is flourishing,” he said. “These young women are fantastic role models and spend hours with the kids at the rink, at Fenway Park, and at away rinks. It’s unparalleled in youth hockey.”

“The atmosphere in this rink is unreal,” she said, noting that almost 300 observers were on hand. “I know last year when we came here everyone was so intense. …. This year they showed up again.” 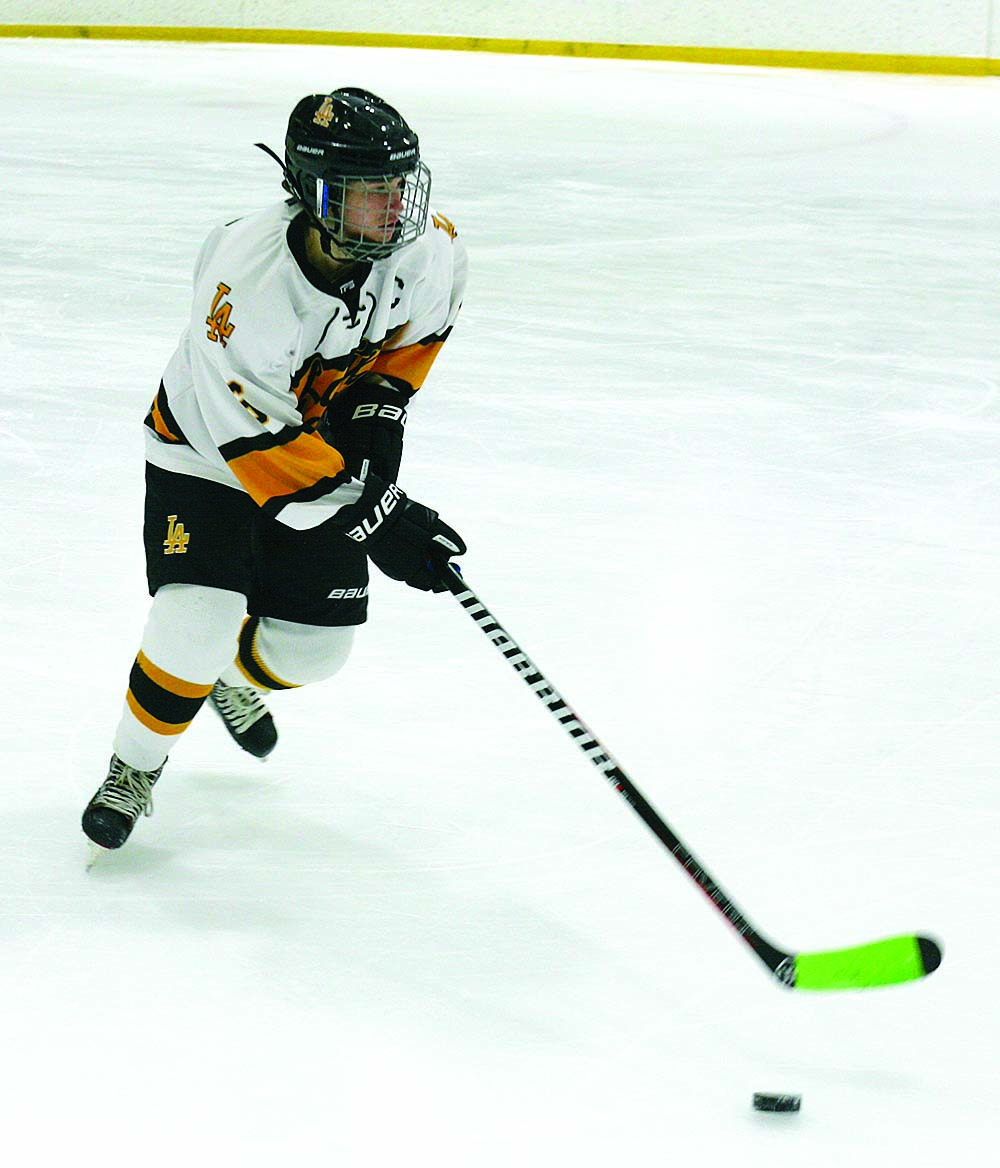 Dorchester’s Maeve Roche, a senior captain for the Dragons, scored the night’s first goal and added two assists later in the game. 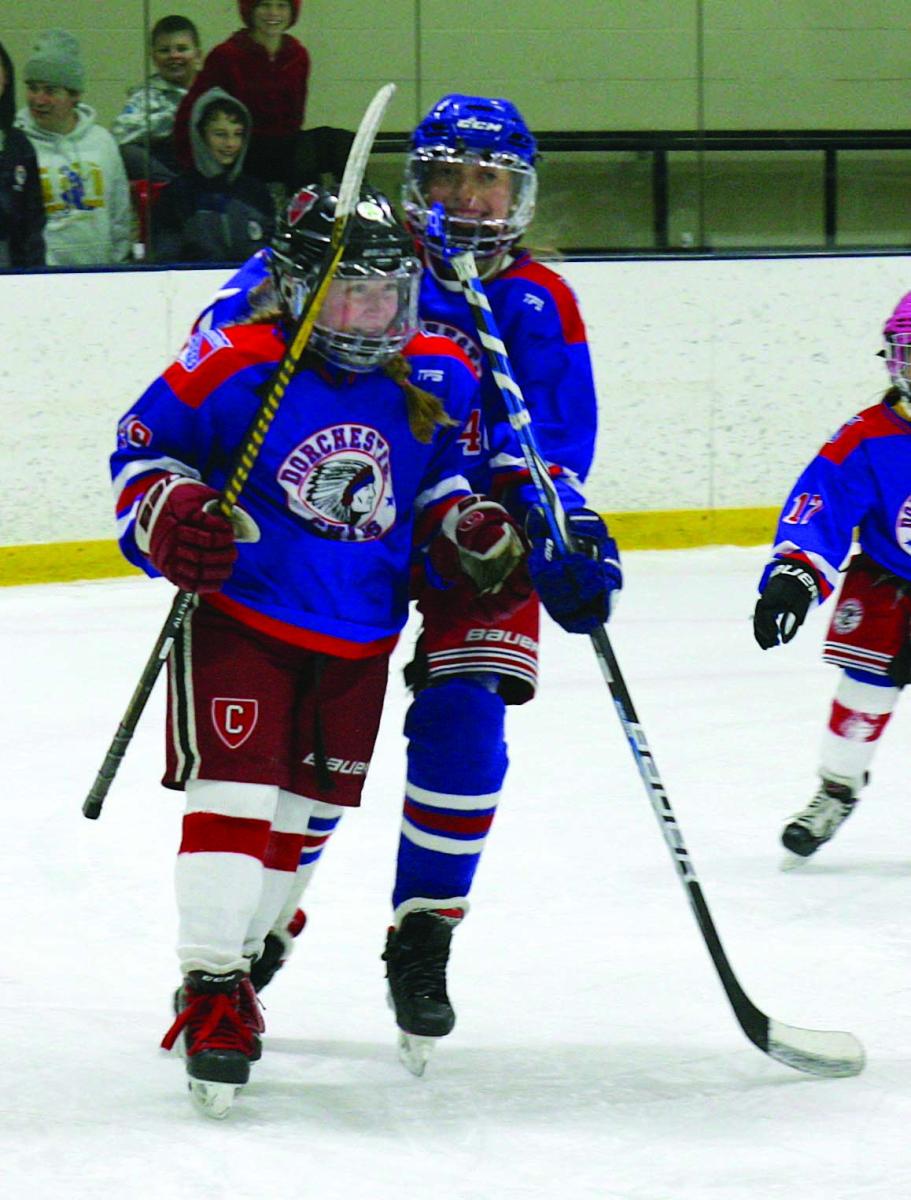 DYH U12 player Maggie Janulewicz gets congratulations from teammate Gianna Noto after scoring a goal. 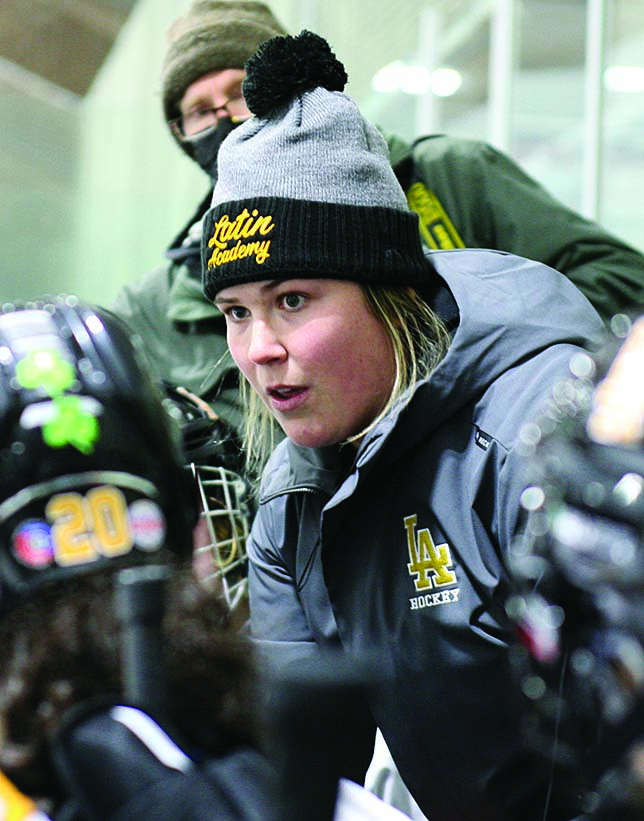 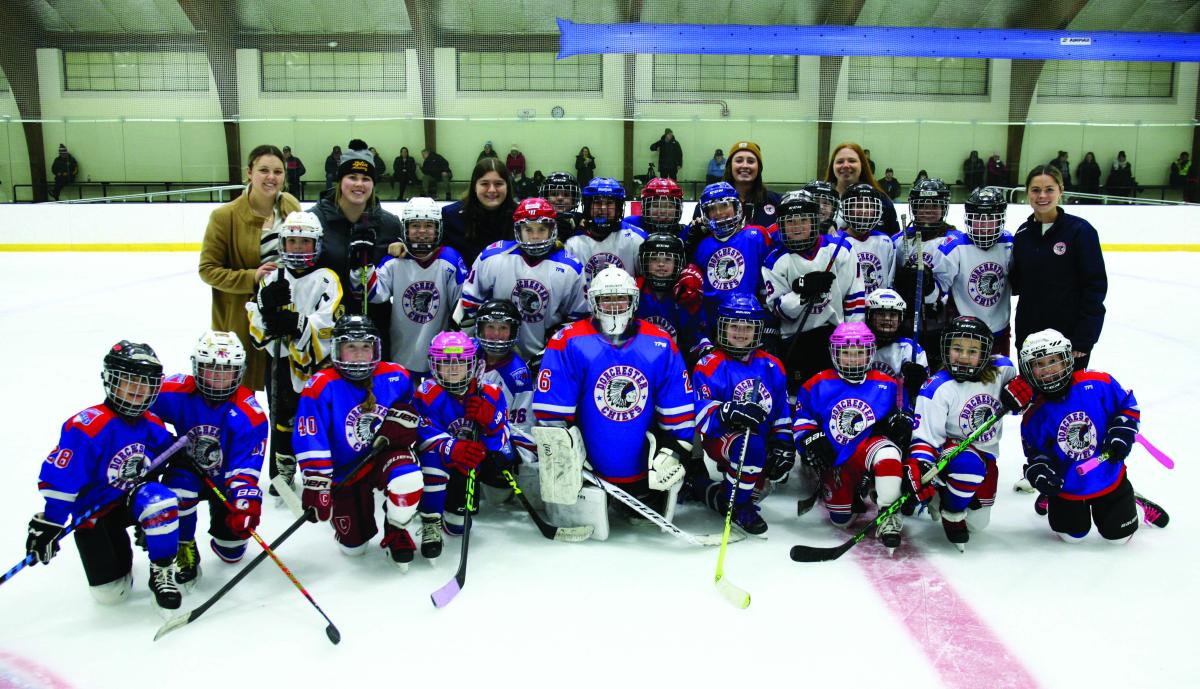 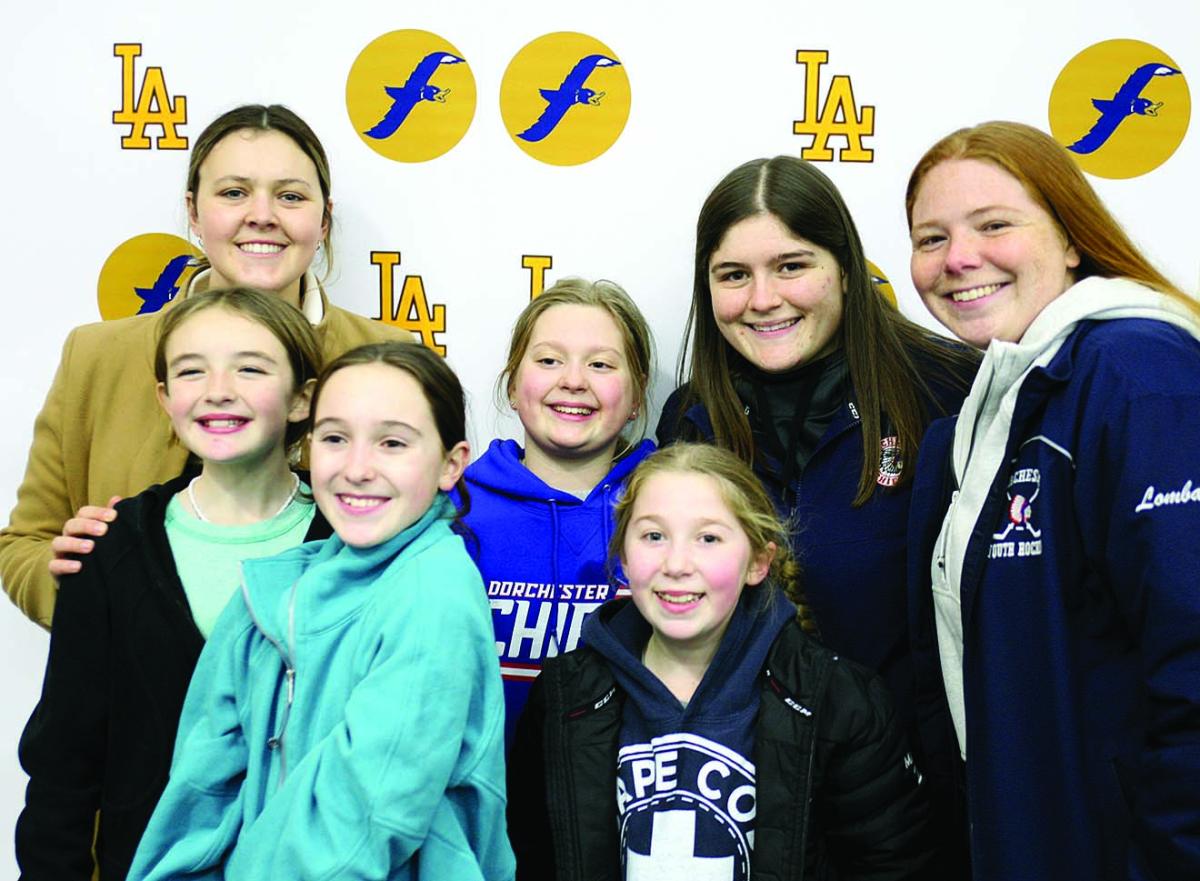 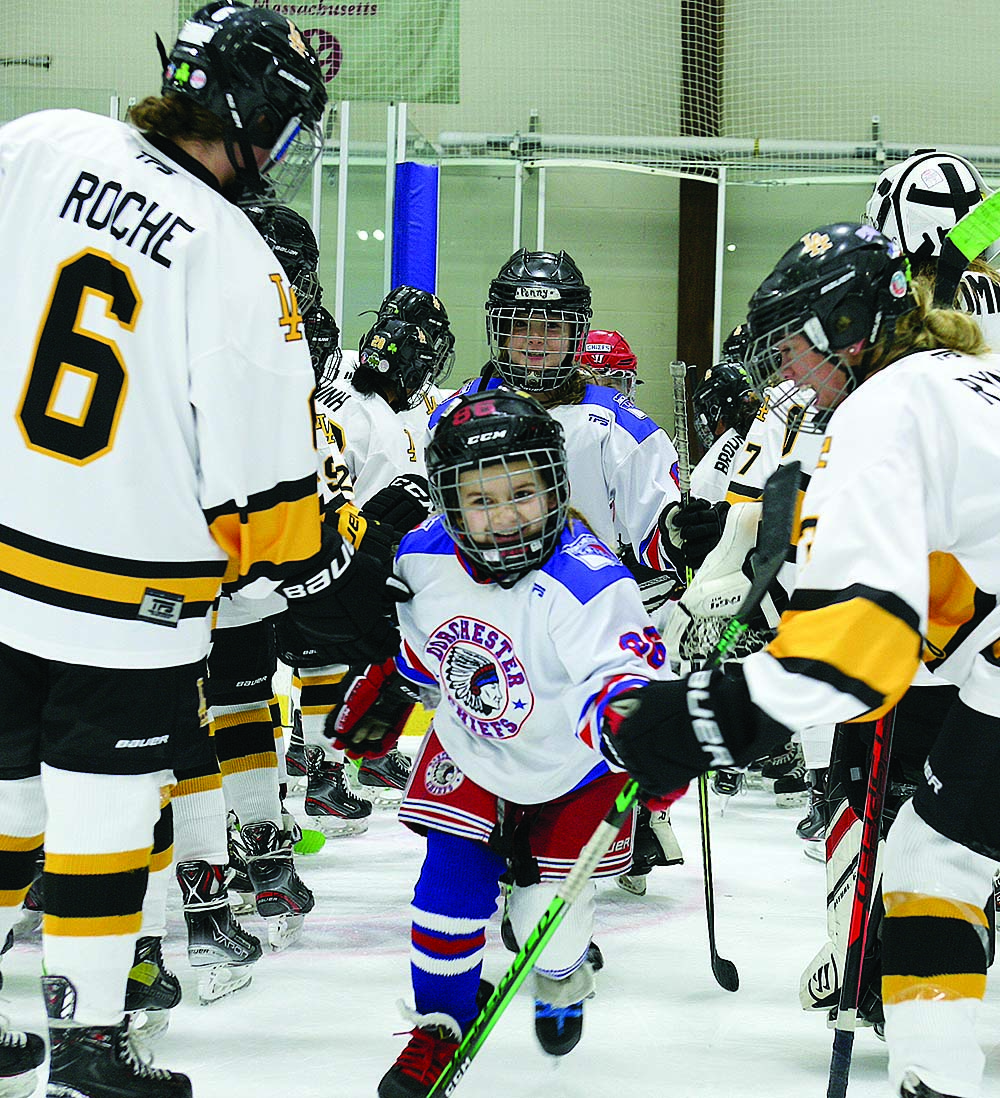 DYH U10 players Molly Dolan and Penny Walsh were all smiles as they passed through the tunnel of BLA/Fontbonne players onto the ice. 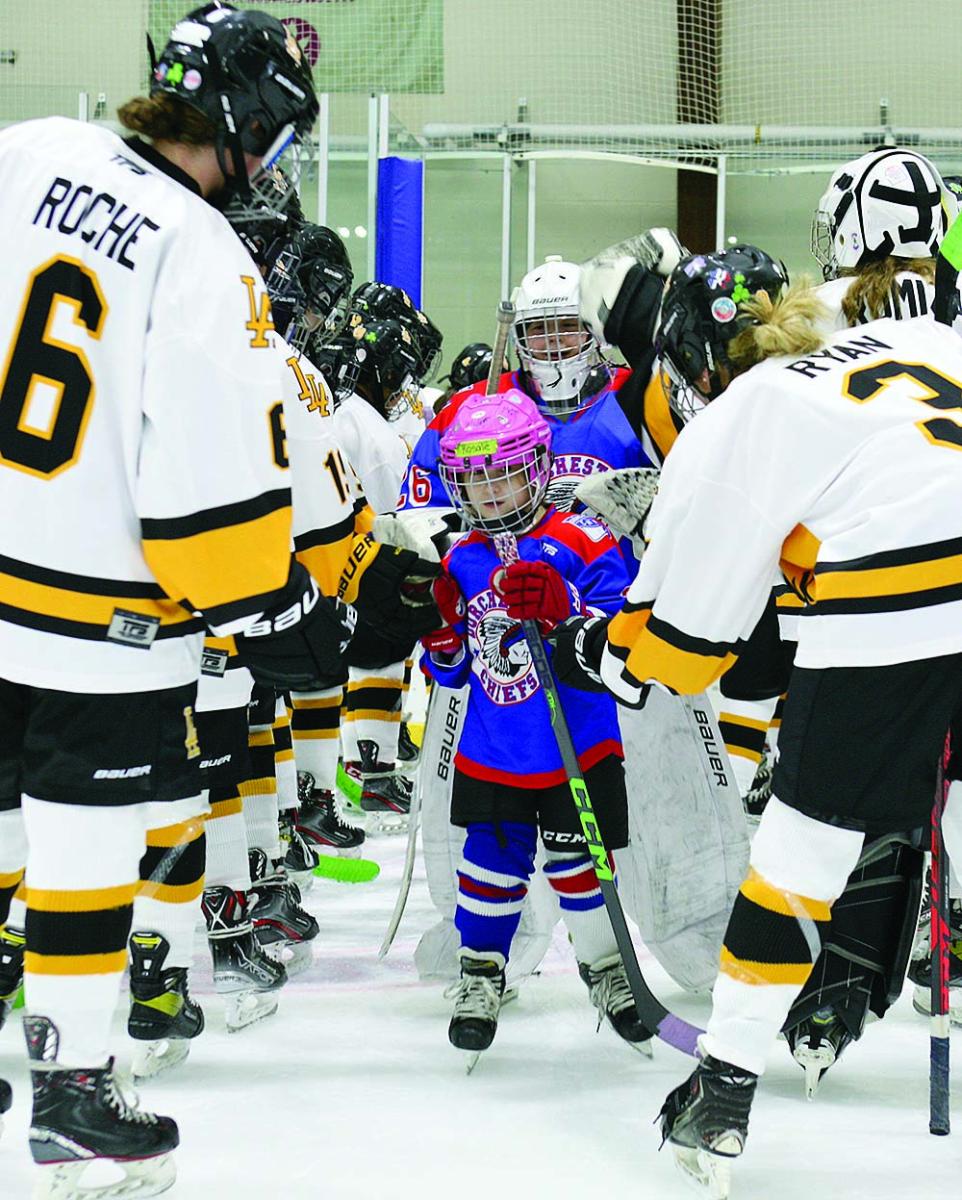 DYH U10 player Rosie Mullane – one of triplet sisters – was ready for action as she passed through the tunnel of BLA/Fontbonne players onto the ice. 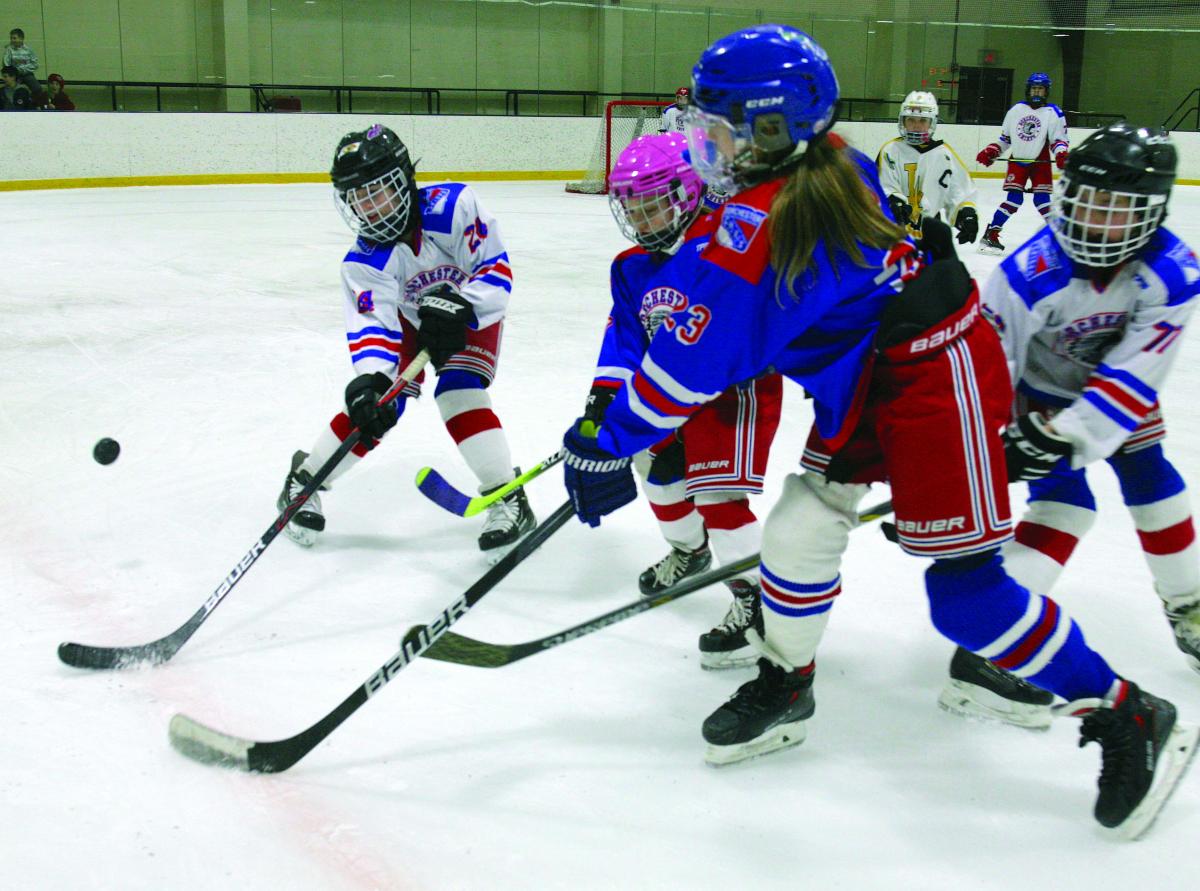 Girls from the U10 and U12 teams played a lively scrimmage between periods as part of the DYH Girls High School Hockey Night at Devine Rink. 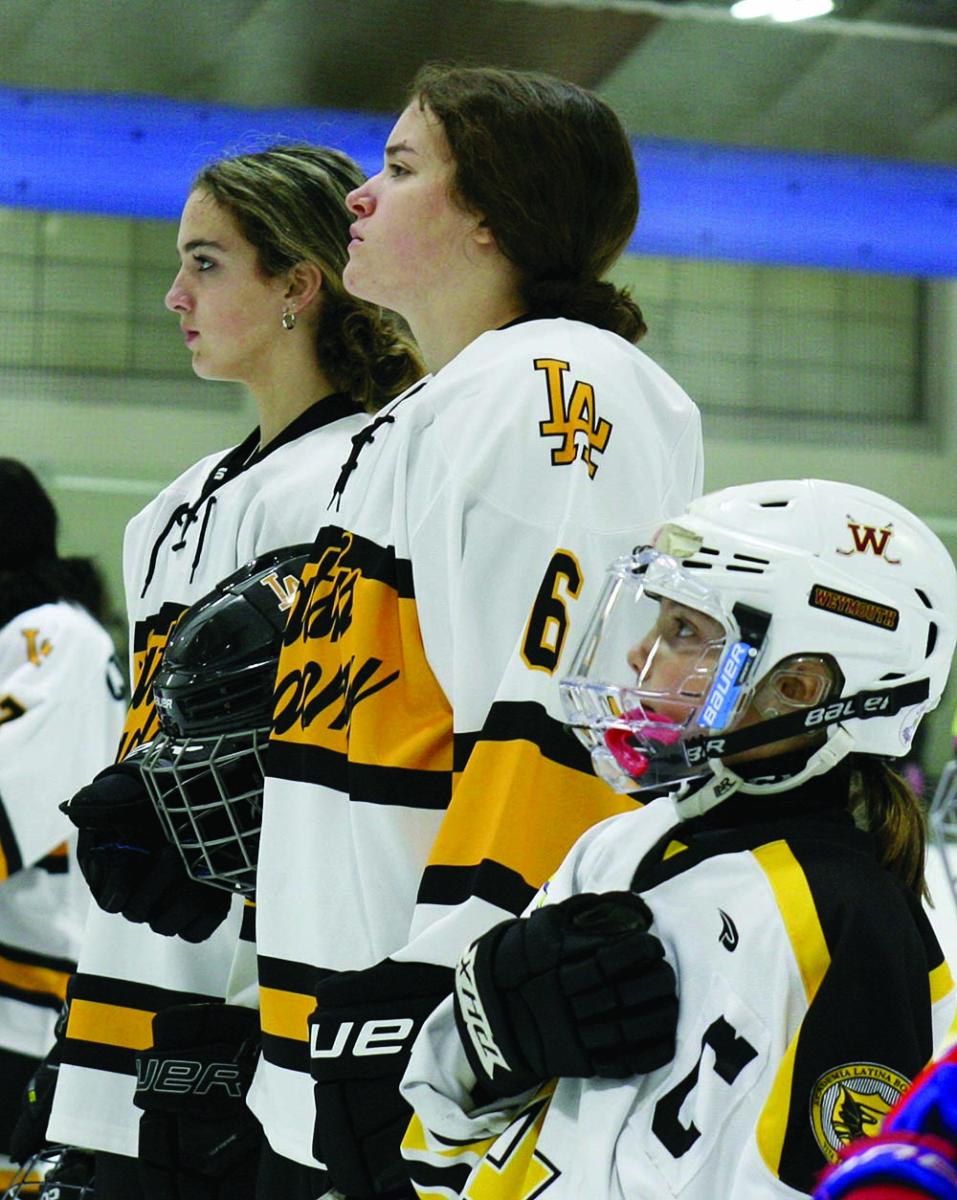 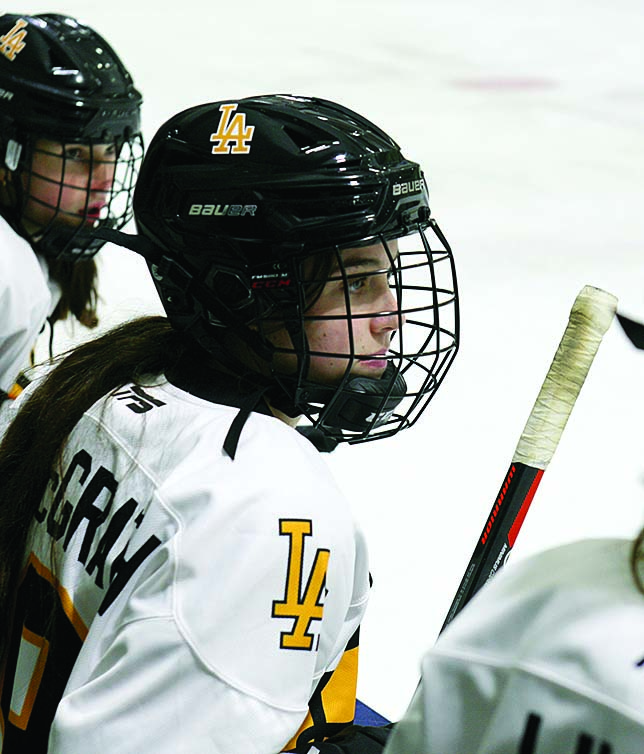 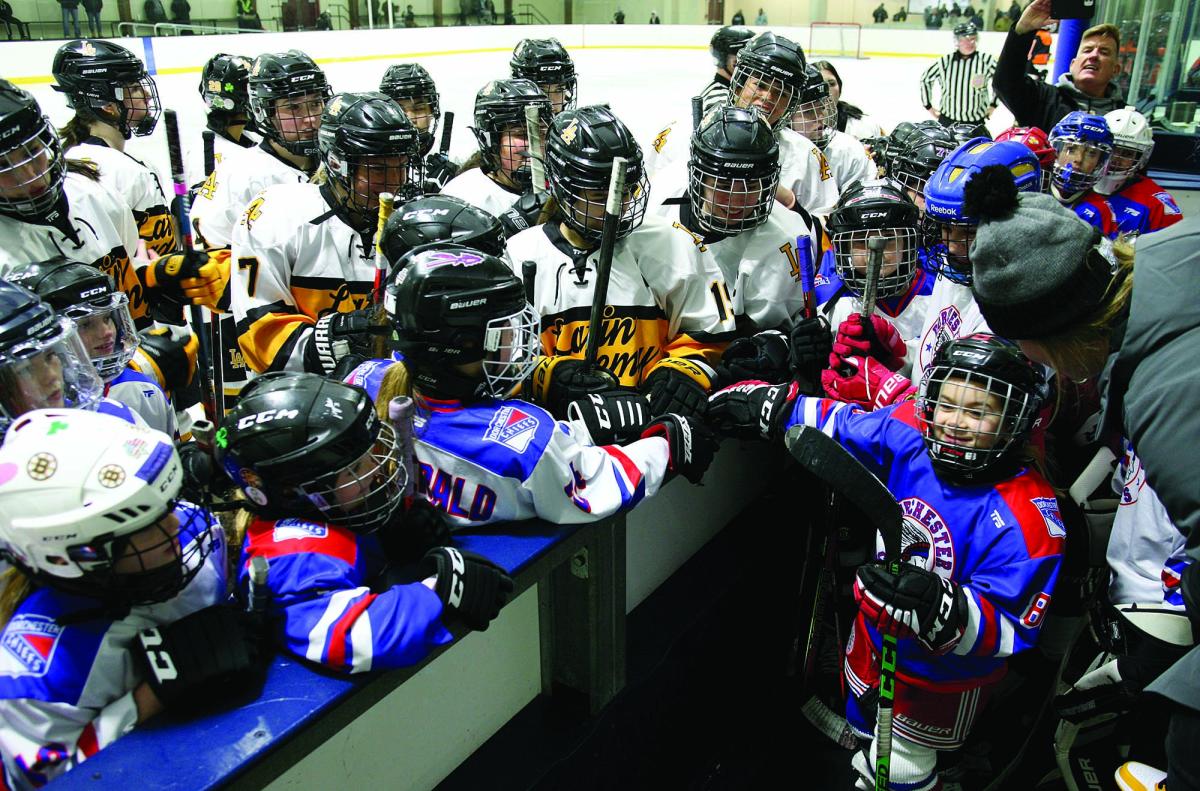 DYH U10 and U12 girls joined the BLA/Fontbonne team for a pre-game pep talk before the puck drop last Thursday in Devine Rink. Seth Daniel photos