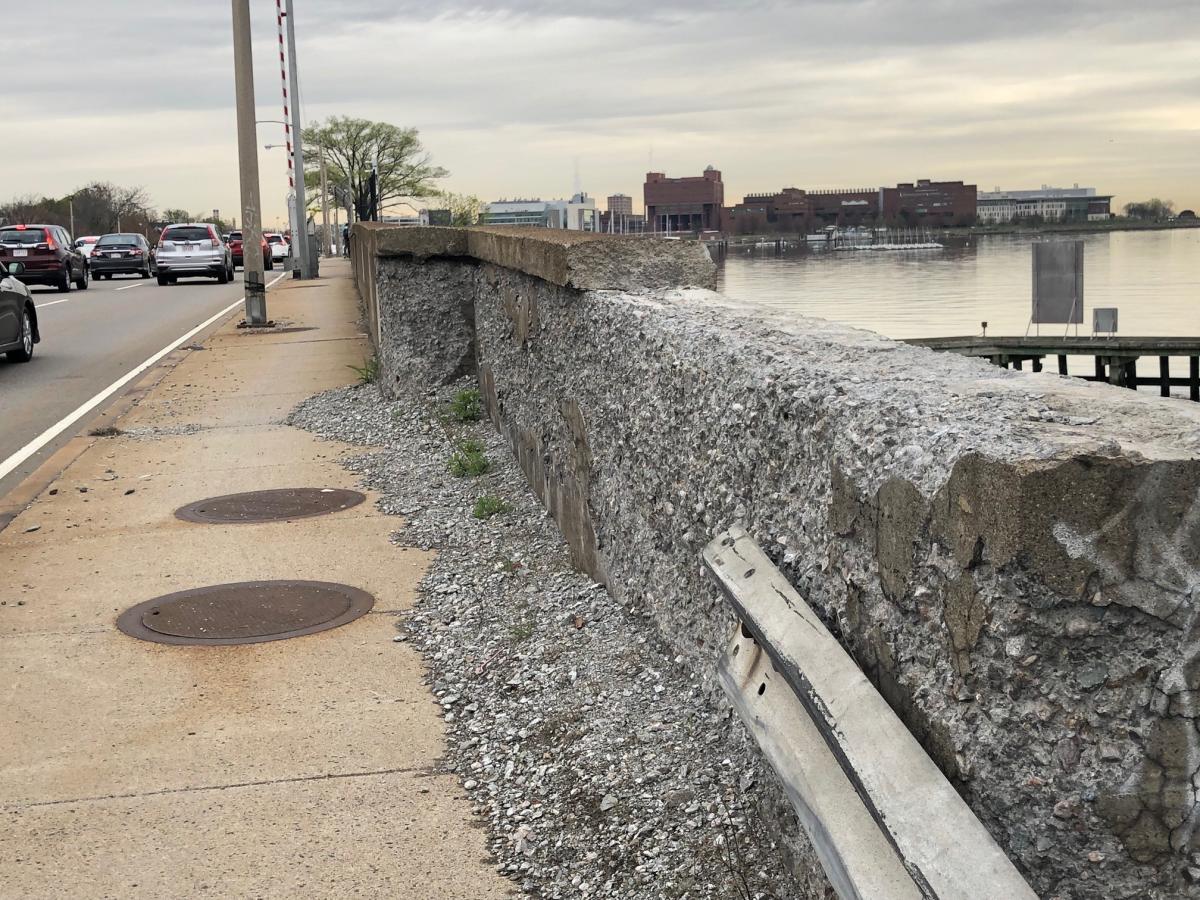 The crumble is real— A view of the Beades Bridge on Morrissey Boulevard this week.

People are increasingly fed up with the worsening conditions and congestion on city and state roadways and on mass transit. That’s the bottom-line message of a poll commissioned by the Barr Foundation and conducted by the The MassINC Polling Group that was released last week. The timing is important as the Legislature considers the idea of raising new revenues, including the possibility of a higher tax on gas, to help the state pay for improvements.

The poll results underline the budding discontent over the status quo. Almost three-quarters of people working full time who responded to the poll say they are “stressed, angry, or frustrated” by delays on the roads or on public transportation. Of that number, 23 percent told MassInc pollsters that they may “consider moving out” of the area altogether due to the headaches they have experienced in recent months.

The same poll showed that a majority— 66 percent— think “urgent action” is needed to fix the problems they encounter. A full 80 percent polled either strongly support or somewhat support “new money” for policy proposals.

Only 35 percent think that traffic can be eased in Greater Boston. And yet, they seem to want to at least make the attempt: 75 percent call improving “highways, roads, and bridges a “major priority” while 68 percent say “reducing traffic congestion” is most important.

What might this all mean for the always-fraught debate about how to fund transportation improvements? The Democrat-controlled Legislature has signaled that there may finally be an appetite among its ranks for raising taxes, for example, on gasoline— a hot-button topic that could pit more remote suburban lawmakers against close-in city dwellers who enjoy more public transit options.

In an interview last weekend, Gov. Charlie Baker told WCVB-TV reporters that the congestion is connected to the state’s booming economy, with more employed people on the roads as a result.

The governor is certainly not wrong about that. We urgently need suburban communities to stop throwing up barriers to housing starts — and affordable ones— in their backyards. But we also need new revenue and more focus on designing and funding projects on existing roadways.

A local case in point: Morrissey Boulevard, which is owned and managed by the state’s Department of Conservation and Recreation. On Baker’s watch, the DCR undertook a much-needed project that seeks to modernize, elevate, and beautify this chronically clogged and frequently flooded artery into and out of Boston. The effort, which was expected to happen in three phases over a decade, began with robust planning meetings in 2016. But project meetings have fizzled out over the last year-and-a-half for reasons that are not yet entirely clear. It’s reminiscent of an earlier effort under the old Metropolitan District Commission (MDC) that met for two years, issued a promising report on transforming the boulevard, and then went unfunded under two Republican governors— Bill Weld and Paul Cellucci. It was, essentially, scuttled because no one in state government could figure out how to pay for it.

Last weekend, when pressed on the potential for new taxes for transportation solutions, Gov. Baker said: “I don’t believe that raising taxes is the answer to this problem at this point in time.”

Respectfully, it’s time to consider that the old-school Republican and moderate Democrat approach to funding state transportation projects has finally been eclipsed by the urgency spelled out so clearly in last week’s MassINC poll. Voters want to see some leadership on this front and they are willing to pay for improvements to a system that is clearly breaking down.