This article originally appeared in the Reporter in 2015. This year's parade is Sunday, June 2 — starting at 1 p.m. in Lower Mills.- Editors

Can you feel it? The sense of anticipation, joy, and wonder, reverberating up and down Dot Ave? It’s not Christmas, folks.

Never been to Dot Day? Kid, you’re in for a treat. Here’s what you need to know about the biggest day in Dorchester–a roadmap from the Originally From Dorchester (OFD) to the DBC (Dorchester by Choice).

For the uninitiated, Dot Day could appear to be just another ubiquitous summertime parade. False.

The parade brings together all the different ethnic groups that make up Boston’s biggest and best neighborhood. You could spend a year going to all the different ethnic fests across Boston. Or just come to Dot Day and see them all in one two-hour extravaganza. Plus, we were gay friendly before it was a thing. There’s something for everyone in this parade.

For the folks that grew up here (OFD), the day is a walk down memory lane (and a 3.2 mile parade route). For some, it’s a time to return to one’s roots and relive the glory days of a street corner youth. For others, it’s celebrating local organizations and groups that march in the parade, not to mention the scores of kids and cousins marching in their little league uniforms.

Dot Day itself is steeped in tradition. Around for over 100 years now, the parade started as a way to mark the foundation of Dorchester as a Puritan settlement back in May 1630. Sunday’s parade is the culmination of a series of events that started in March with a chili cook-off and meatloaf dinner–all to raise money for the parade, which costs the parade committee upwards of $30,000 to put on.

And now to the brass tacks: The parade itself starts at 1 p.m. from Dot Ave and Richmond Street in Lower Mills and troops up Dot Ave all the way to the Polish Triangle at the border of Southie. The head of the parade will reach its end-point at Columbia Road more than an hour-and-a-half later.

Project DEEP co-hosts a 5K run beginning and ending at the Blarney Stone— the other sponsor— on Dot Avenue before the parade. Locals will tell you it’s not a bad way to snag a prime and well-hydrated spot in the shade along the parade route.

Getting there: The MBTA is your friend on Dot Day. Thanks to Dorchester Day’s convenient June setting, the MBTA typically works this time of year — and it’s your best bet, since the neighborhood’s main drag will obviously be closed down most of the day. (Cars will be ticketed and towed along Dot Ave. and Richmond Street ahead of the parade, so if you typically park on the avenue, have a plan to move it a few hours ahead of time.) Take the Red Line to Ashmont or Fields Corner. Both stations are right on Dot Ave. and just steps from big crowds.

Where to watch (and blend in with the big crowd)? Along the wall (and under the trees) at Dorchester Park in Lower Mills, south of Carney Hospital; intersection of Dot Ave and Gallivan Boulevard; Peabody Square; in front of St. Mark’s Church; the Blarney Stone; and the Savin Hill Ave. intersection.

If you like to watch the parade in a more intimate setting (e.g. small crowd), stick to the stretch between Freeport Street and Hecla Street. It’s typically quite thin, albeit a bit of a hike from either the Savin Hill and Fields Corner T stops. Pro-tip: There’s usually a raucous group watching from the side-lot at Peggy O’Neill’s (now called The Blend) bar.

The glory of Dot Day is in its inherent ability to bring people together–often over brews and hot dogs. It’s a day to get to know your neighbors and, especially after this winter, spend some time outside.

And even when the street cleaners come through, Dot Day isn’t over.

Longtime families host post-parade BBQs, so get to know your fellow spectators along the route and you’re likely to score an invite.

If Sunday’s a real scorrchah (hot day), hoof it a few short blocks from Dot Ave. to Savin Hill beach for a splash in Dorchester Bay. The stretch of beach on the other side of Morrissey Blvd. (careful now, use the crosswalk) is Malibu Beach, closer to the landmark gas tank. Be nice and maybe one of the jet skiers who weekend on Malibu will give you a lift back to Quincy or wherever you came from.

What to wear: You’re going to be on your feet for hours if you do this right, so footwear is your most important decision of the day. If you want to blend in like an old-school Dot Rat, may we suggest a pair of mint-green or hot-blue Adidas Gazelles? Old-school sneaker heads break out these high school throwbacks and share notes on which variety store they copped them from in the 1980s.

Vendors along the route will be hawking Dot-themed t-shirts and tanks. The most established and popular brand is College Hype, the Adams Corner company that has its have made Dot Day their signature event since the early 90s.

You can’t go wrong with a classic Dot Rat t or tank.

Our favorite throwback is the classic vingate 1975 three-decker t-shirt. Longtime Dot activist Lew Finfer, pictured on page 1 breaks his out for every parade. Notice we said three-decker, not triple-decker. Triple deckers are sandwiches. If you’re a legit Dot “kid”— you know it’s a three-decker.

A final note, from the department of your mother: The absolute worst view of the parade route is from the Area C-11 jail block. Open containers are absolutely NOT allowed on the route and Boston Police have been serious about making this a far-less sudsy affair than the March parade in South Boston. There’s zero tolerance on underage boozing in particular, so don’t risk it.

Adult spectators may, however, enjoy their beverage of choice on private property or from one of the Dot Ave’s favorite establishments including Ashmont Grill, Harp & Bard, and the Banshee. The Blarney Stone is a very popular spot because its windows open up to the route and it has an amazing outdoor patio. It’s usually a big crowd, especially among those who run in the pre-parade Blarney Stone-Project DEEP 5k.

So dust off those Adidas Gazelles (or order them online STAT) and get ready to party like a Dot Rat this Sunday for the biggest day in Dorchester.

See you on the Ave. 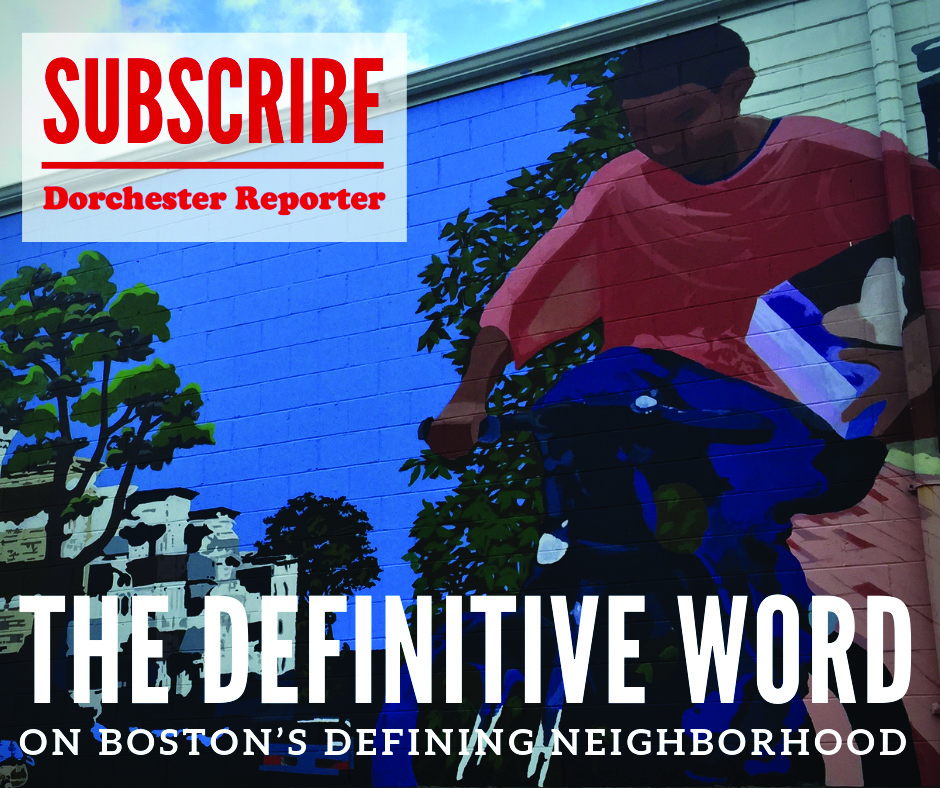