The former newsroom of the Boston Globe is mostly deconstructed. Jennifer Smith photo

The press room was a cavern. The newsroom was rubble. The boardrooms and executive suites sat empty. The Boston Globe’s former headquarters were silent aside from the patter of dozens of feet trekking through on a final neighborhood tour before interior demolition begins in earnest.

Residents from across Dorchester joined the walkabout on a crisp St. Patrick’s Day morning, traversing the Morrissey Boulevard building. It is slated to become an innovation campus, The BEAT, developed by Nordblom Co. with a price tag of around $200 million and ideally completed by Fall 2019.

The Globe decamped for new offices downtown in 2017, after relocating the press operations to facilities in Taunton. Todd Fremont-Smith, senior vice president and director of mixed-use projects for Nordblom, which was part of a partnership to buy the 16.5-acre site for $81 million, led three tours with the aid of Globe employees who used to work in the sprawling structure. 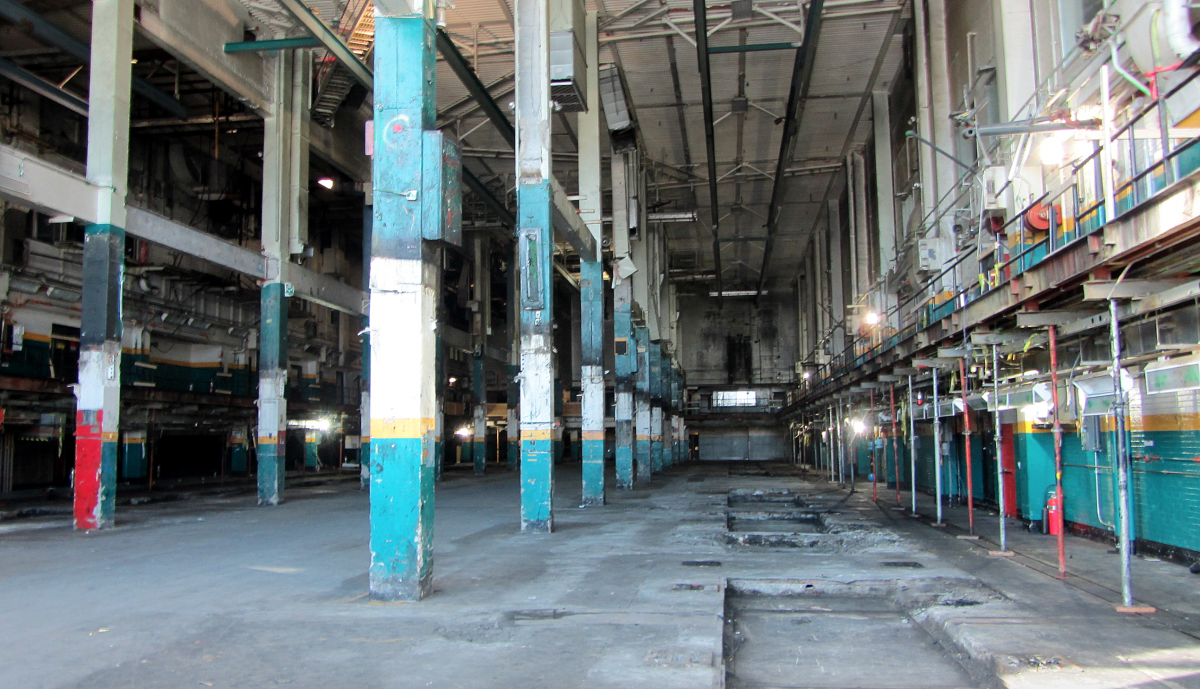 The former pressroom will become a central atrium and open workspace. For more photos of the tour, click here.

Standing in the press room, which once rattled loudly enough to shake the building and make earplugs a mandatory fashion statement, Fremont-Smith gestured at the expanse. The Globe removed about $250 million of printing presses, which used to sit on beds of sand to mitigate the tremors, he said.

A rendering of the press room’s future was propped up next to him — a chic, clean, towering atrium that will serve as a main street of sorts with a cafe and open workspace, the new building’s center and an access point for offices, a gym, a brew pub, and high-tech space.

As the tour moved into tunnels beneath the bulk of the Globe, employees shared stories of paper-bundle-bearing robots that once trundled through the halls. In the old loading bays, they pointed out long-disused railroad tracks that once connected to nearby freight lines to ship out papers before the Globe’s iconic green trucks came onto the scene.

This wide empty area might be a home for robots, or just the coolest office space in the city, Fremont-Smith said. They are actively in discussions with vendors to determine demand for the building’s commercial layout.

Lit only by construction lanterns and morning sunlight streaming through sky-high windows, the newspaper’s old home had a vaguely post-apocalyptic feel. Elevated flooring in the newsroom was largely torn away, with a spaghetti-like mass of cables and cords shoved alongside the former editorial conference room across from a mountain of deconstructed cubicles.

Everything that is not a lode-bearing wall will come out, though the structure will get only a light exterior rehab, Nordblom officials have said. The developers hope to start demolition this summer and be done about 12 months later, Fremont-Smith said. 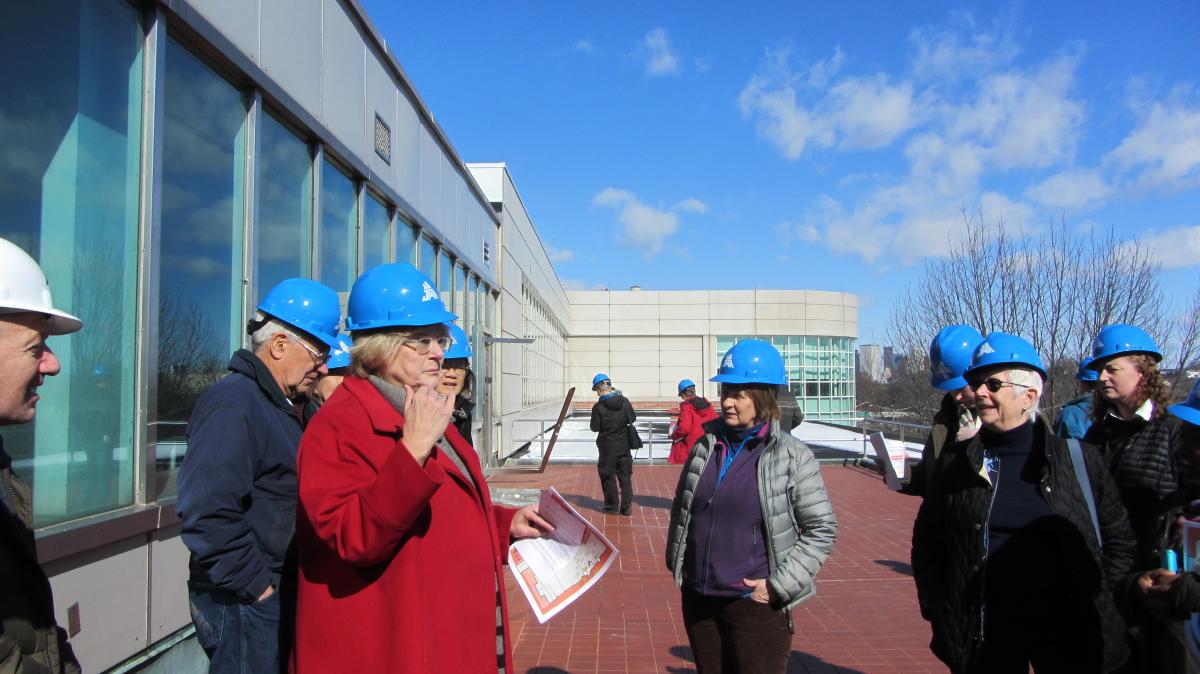 Further reading: The Globe is going back home

On the tour’s last leg, participants streamed out onto the red-tiled roof deck outside the vacant cafeteria. It was a cool, bright March day, and Boston College High School sprawled out on the other side of Morrissey Boulevard. The boulevard is set for a reinvention of its own in the next decade as a tree-lined, bike friendly parkway to cross in front of 135 Morrissey.

And the BEAT, an homage to the reporters who used to work there and the arterial transit route of the Red Line nearby, is almost ready to bring new life to the building’s bones.