Margarita Carreto and her son, Andrés, use Commonwealth Kitchen as home base for their quickly growing tamale and mole business. Photo courtesy hornickrivlin.com

At 10 a.m. on a Monday morning, Commonwealth Kitchen’s Quincy Street complex is a hive of activity. Workers roll carts of ingredients down a loading dock ramp to food trucks waiting in the parking lot. Inside, a handful of stainless-steel kitchens are bustling with chefs in various stages of preparation, baking, and packaging. Ovens blaze, refrigerators rumble, machinery whirs. For executive director Jen Faigel, the multitude of moving parts has become second nature.

“Welcome to chaos,” she says with a wry smile.

The Grove Hall property that once housed the Pearl hot dog factory is home to Commonwealth Kitchen, a non-profit culinary community that uses shared kitchen space and an incubation model to help aspiring chefs and entrepreneurs – the majority of whom are women and immigrants of color –break into the food industry.

Faigel developed the vision for Commonwealth Kitchen, which she founded as Cropcircle Kitchen in 2009, with years of real estate and community economic development experience as a foundation. After helming the project that transformed the former Haffenreffer Brewery into what is now Samuel Adams’s home in Jamaica Plain, she took a similar approach with the old Pearl plant, seeing its amenities and dimensions as an “obvious” fit for a food industry endeavor.

“When Dorchester Bay EDC asked me to redevelop the site, the initial plan was to build affordable housing,” says Faigel. But in 2010, in the throes of the recession, community members had other ideas.

“We engaged with the local community and our neighbors told us, ‘We want jobs.’ The economy was terrible. So, this was a way to meet that need for accessible jobs and also support small business development.”

Immigrants are ubiquitous in the food industry, but quite rare in ownership and leadership positions. Lacking savings to fall back on and a network to get into the food industry, many struggle to get fledgling food operations off the ground.

That’s where Commonwealth Kitchen comes in, Faigel explains, by “taking immigrant entrepreneurs— many of whom are working, you know, as street vendors and under the table— and bringing them into the formal economy.” The model is a continuation of the work started by Nuestra Culinary Ventures, a now defunct shared kitchen in Jamaica Plain that supported low-income individuals with little business experience, many of them Latinas and recent immigrants.

Today, Commonwealth Kitchen is home base for 55 businesses, 75 percent of which are owned by women and/or people of color, and a third of which were started by immigrants. 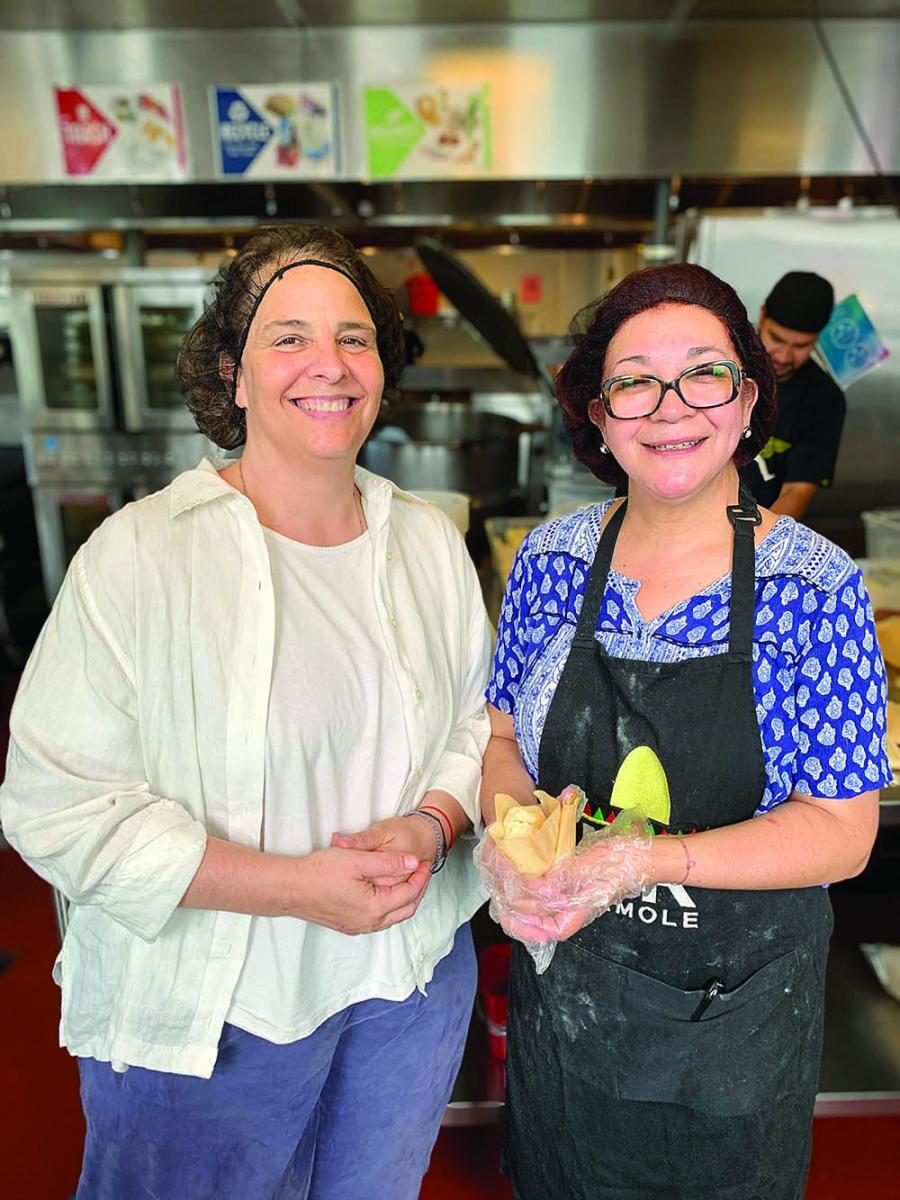 In addition to providing kitchen space, Commonwealth Kitchen helps entrepreneurs with training, support services, programming, and a 13-week class about the ins and outs of starting a food company. The staff of 28 includes seasoned chefs and experts who help beginners with recipe development and provide financial and branding advice, coaching them through the stumbles and miscues that often befall first-time food truck proprietors and restaurateurs. In such a tough environment, the bar is set high.

“It’s the food industry. Most of them fail,” Faigel notes bluntly.

That means a competitive application process and a thorough, in-depth assessment of potential kitchen-mates during which CWK staff scan for resilient mindsets, understanding of commitment, and other “intangibles of readiness.”

Starting a food truck is not for everyone and Faigel says they make sure applicants are fully aware of that fact. But once accepted into the family, she adds, entrepreneurs rally around each other.

“One of the most powerful things is how much businesses help each other,” she says. “You’ll see bakers compare prices about ingredients, and share tips about which ovens to use...they look out for each other.”

Armed with state-of-the-art kitchen appliances and a burgeoning network, many Commonwealth Kitchen tenants are beginning to see their products sold wholesale across the city.

A veggie eggplant meatball produced on site is on the menu at Boston Children’s Hospital; O Ya, a trendy Japanese restaurant near South Station, uses nori taco shells handmade by CWK staff; and a handful of sauce startups run by immigrant women were recently picked up by Harvard University dining services.

One of those businesses, Mr. Tamole, was started by Margarita Carreto and her son, Andres, three years ago. Carreto hails from Puebla, Mexico, home to mole poblano, a signature sauce made with chile, cinnamon, and chocolate.

When she’s not stirring huge vats of mole poblano, Margarita is in the kitchen with Andres preparing tamales that they sell at markets around Boston from their food stand. They make 600 every day.

“It’s a mom and son team but with Commonwealth Kitchen, it’s a bigger team,” says Andres. “Our success is their success.”

His mother agrees, comparing the collaborative kitchen space to “a home,” adding, “we’ve had such great support from them. “They’ve created a great culture.” 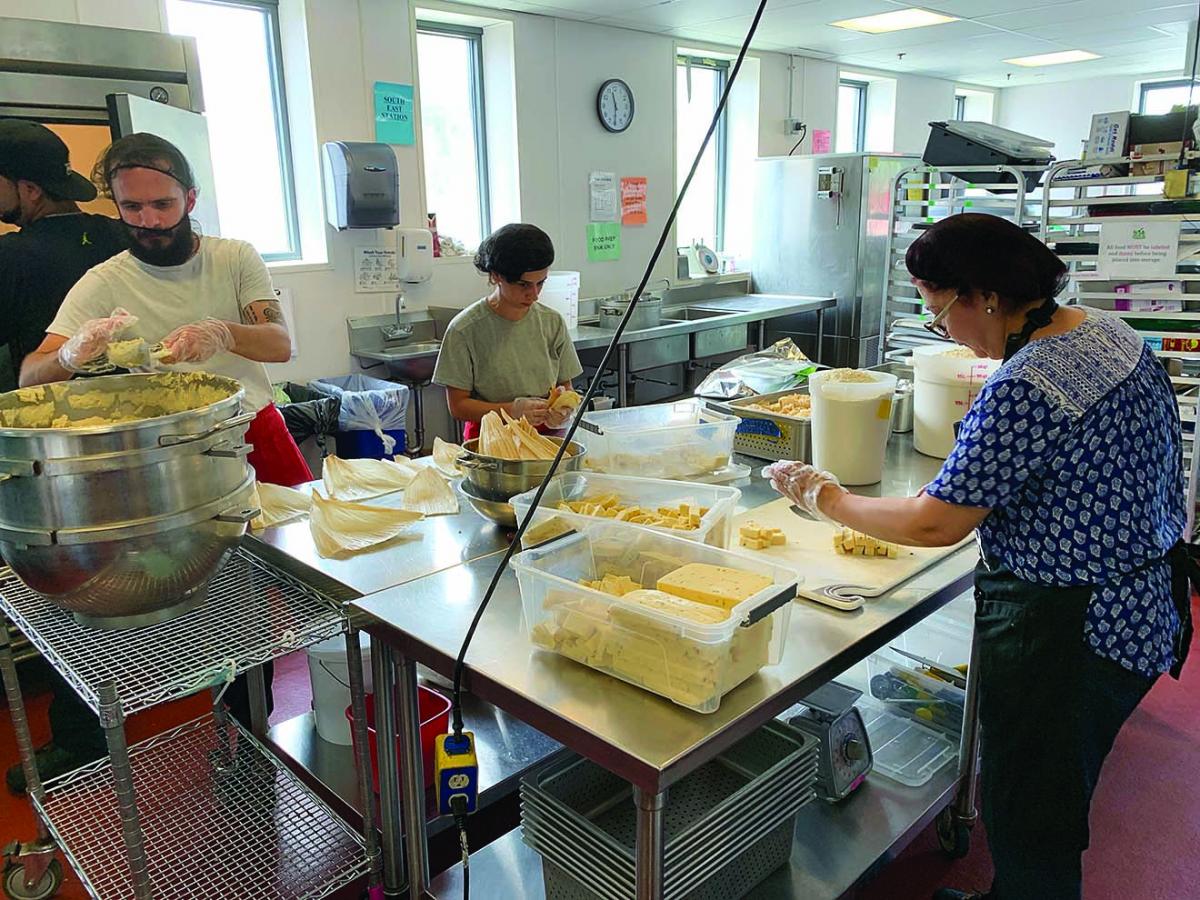 Next steps for Margarita and Andres include growing their wholesale mole sauce model and connecting with more distributors. A partnership with Wholefoods is already in the works, they said. And a cousin hopes to open a brick and mortar Mr. Tamole location in Brooklyn sometime in the future.

Opportunity for growth abounds, but even with a smaller footprint, Margarita and Andres enjoy seeing their food make an impact. When the family moved to the US from Mexico decades ago, food was one of the reasons they decided to stay.

“I love to share our culture, and the best way to do that is through food,” says Margarita. Andres, who handles the business side of things, has confidence in his mother’s recipe.

“One thing I knew coming in was everyone has always loved my mom’s food and my family’s food, and that was always something that motivated me to start,” he says. “Seeing it every time at market, how much people enjoy it. It makes me see a future.”