Khanh “Aiden” Nguyen with the first edition of Vănguard, the underground art and literary zine he co-founded in 2014.
Daniel Sheehan photo

The Vănguard Retrospective Exhibition, currently on display at the Dorchester Art Project, is what co-founder and Fields Corner resident Khanh “Aiden” Nguyen considers to be “the epicenter of queer Vietnamese art.”

Nguyen, who was born in Vietnam but moved to Dorchester at the age of four, started “Vanguard,” an underground art and literary zine, in 2014 along with Worcester-based photographer Thanh “Nu” Mai.

Since then, Nguyen has curated four editions of the magazine, which showcases artwork from LGTBQ Vietnamese artists based around the world. This coming Saturday night (May 18), the duo will premiere the fifth edition at the closing ceremony of the exhibition, which begins at 3 p.m. Nguyen told the Reporter the roots of the project grew from a simple search for kinship.

“It was pretty much about a journey to find community,” he said. “I think living in Dorchester, and even later in New York, I was not able to connect with a lot of LGBTQ Vietnamese folks. So, for me, I was like, I’ve either got to find a community or build one.” 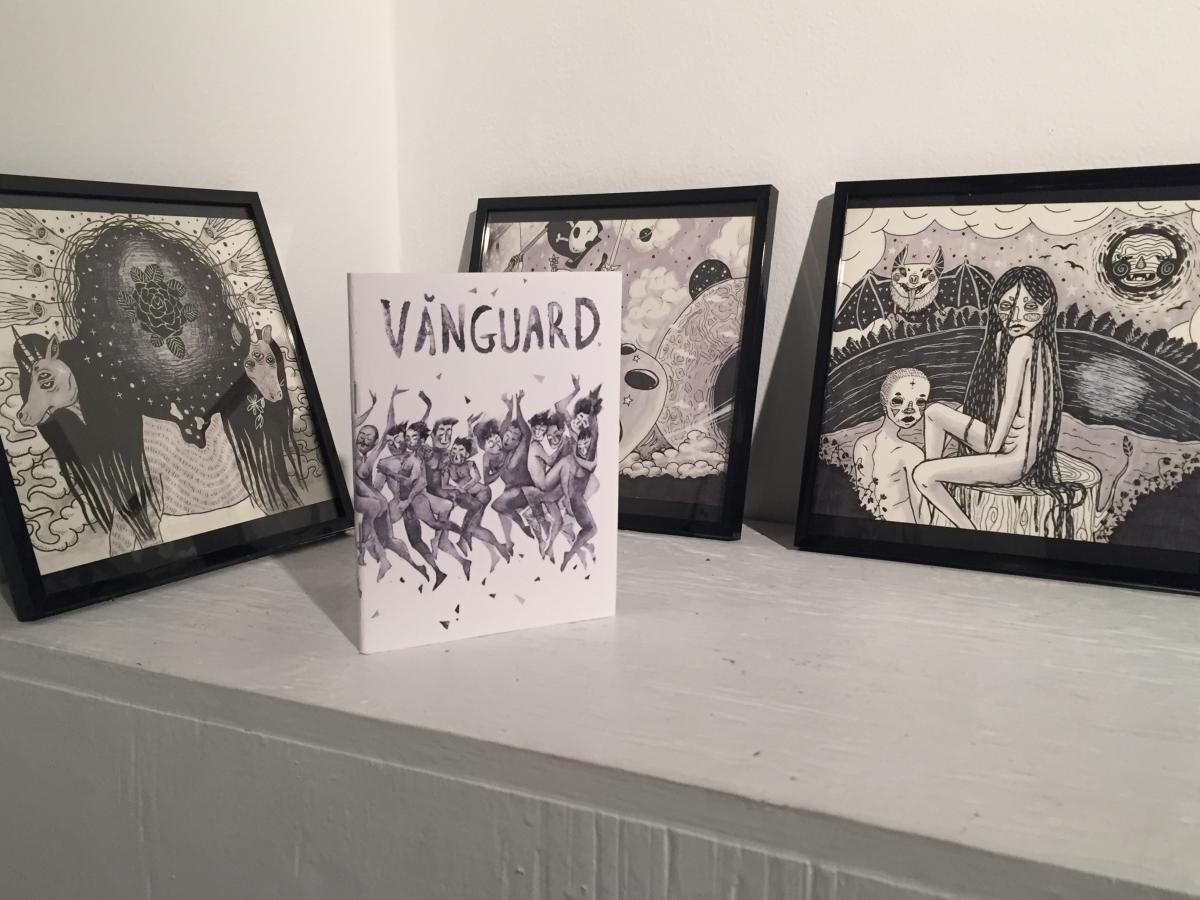 That artistic community, which Nguyen formed through social media and trips to Vietnam, extends across the globe; the Fields Corner exhibition features artwork that has been shipped and collected from places as far away as California, Vietnam, and Italy. Nguyen explained that the zine, which he curates through a “very open” submission process, provides a free creative outlet for Vietnamese artists in particular, whose work is often censored by their country’s government.

An unrestricted, uncensored format lets artists publish bold or alternative styles of art beyond the sterilized versions permitted by law. Mai’s photography, which has been featured in each edition, often depicts scenes of nudity or sexuality. Mai mentioned one Vietnamese artist, Dat Phan, who always drew naked bodies but could never publish the work.

“This outlet allows them to be themselves, to be how they are and be free from censorship,” explained Mai. “When I see the naked bodies in our zine, to me it means freedom.” 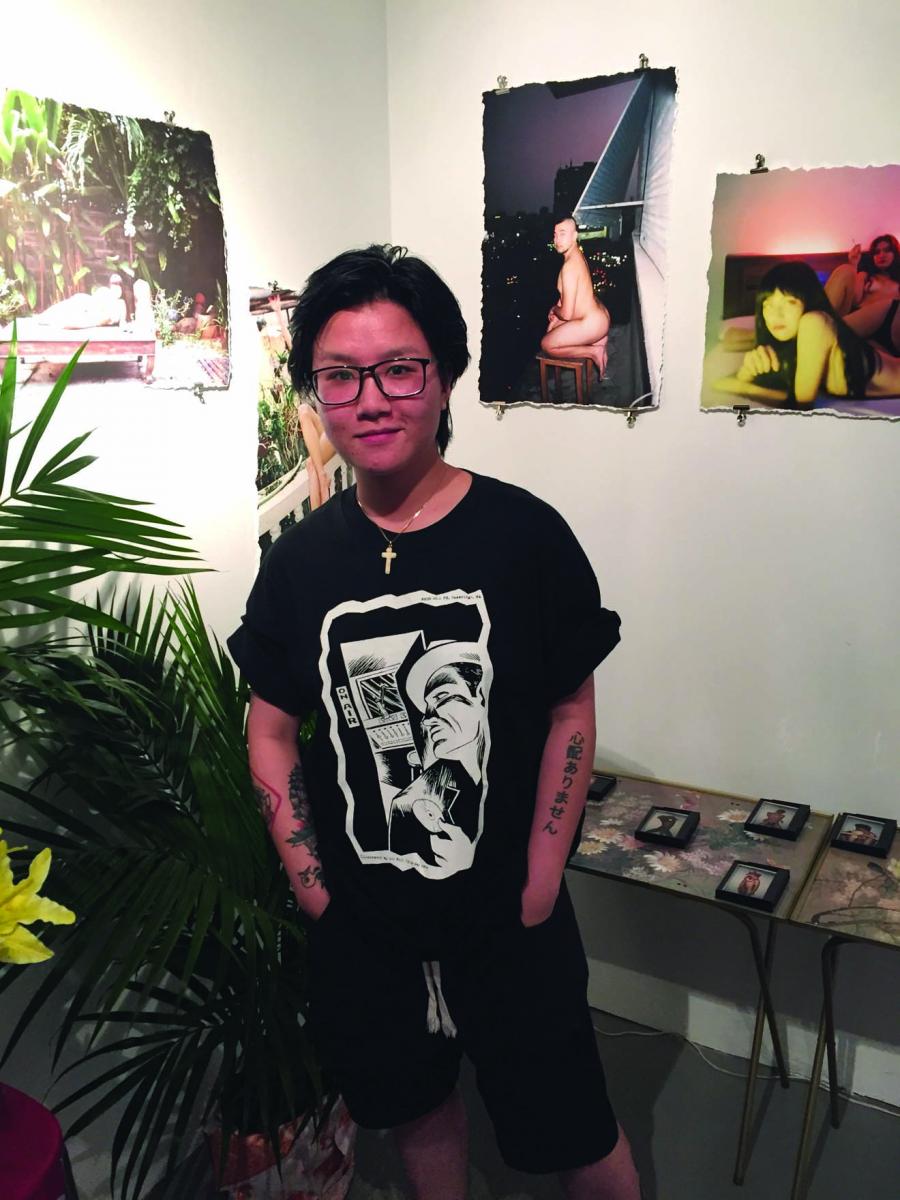 The art featured in the exhibition is eclectic. On one wall, colorful manga-style sketches mingle with psychedelic watercolors and Pokemon stickers. In another corner, more traditional Vietnamese paintings hang before a black background. And in a separate room, patrons find an immersive multimedia experience in which they can sit inside a tent of mosquito netting and listen to a recording of spoken word poetry, music, and sound effects evocative of a Vietnamese living room. Nguyen says the varied nature of the art parallels a diverse diasporic experience.

“We wanted to show different sides of the Vietnamese community. How do we make this community make sense?” he said. 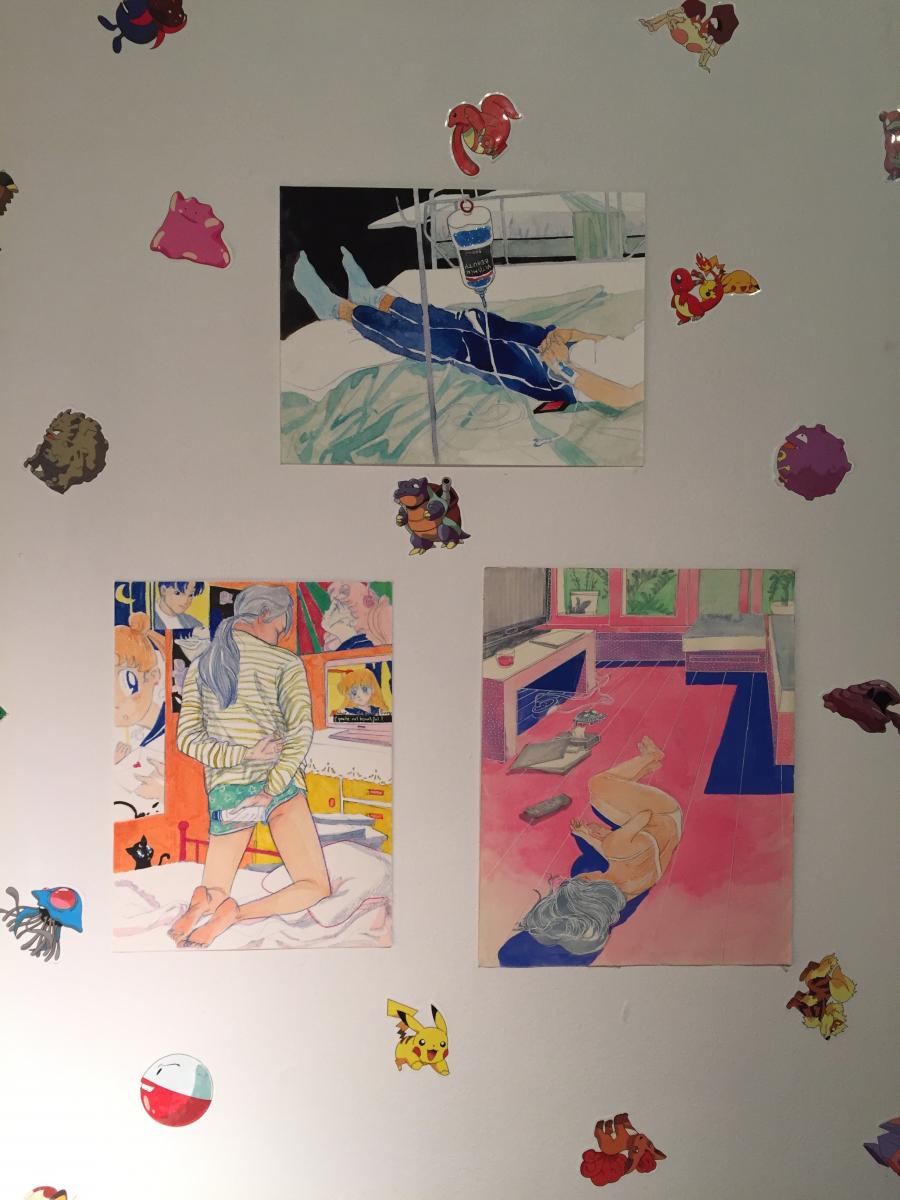 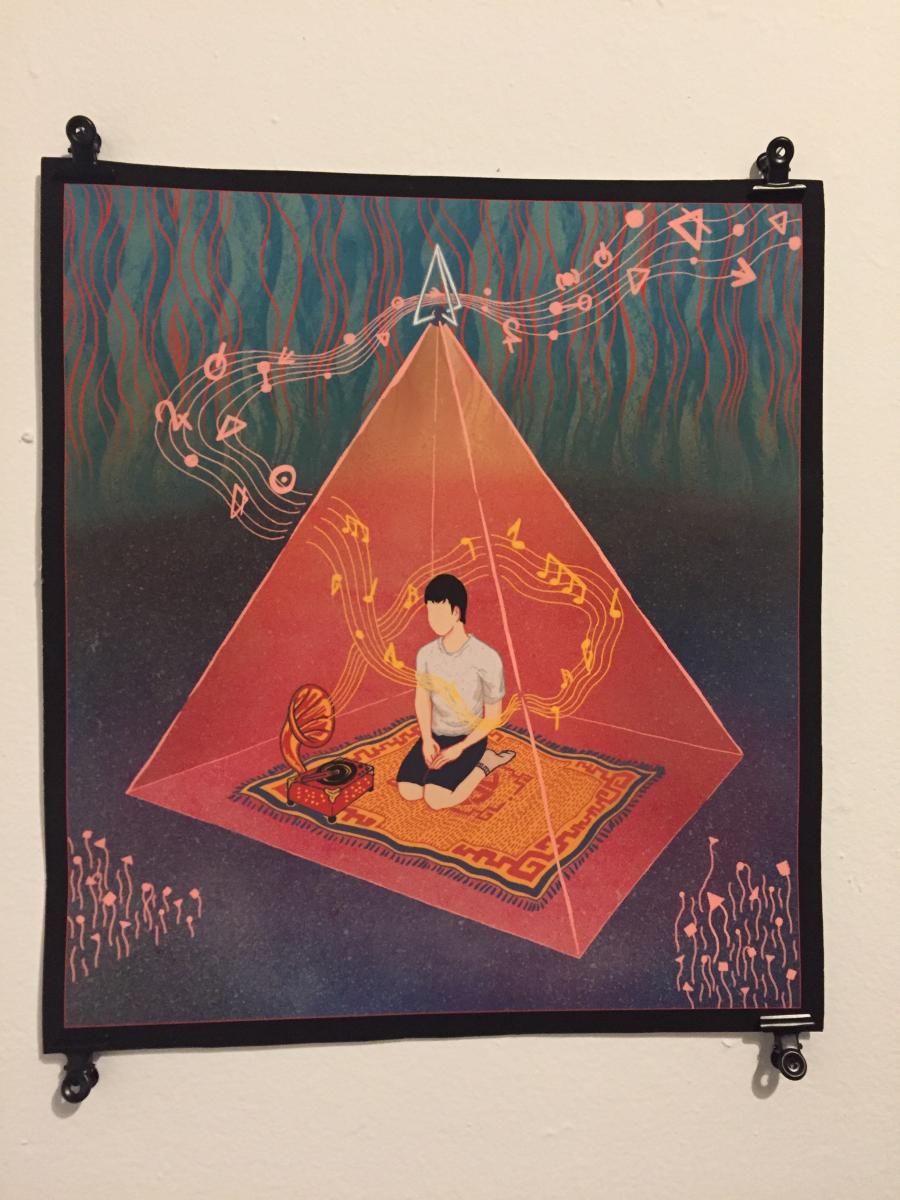 For decades, he explained, the war and the following diaspora forced artists to focus on survival rather than their art. As a result, museums around the world have showcased little work from any Vietnamese artists, let alone those who might be gay, lesbian, or queer. Therefore, he said, the outside world’s perception of Vietnamese art is skewed towards a narrow, more traditional lens.

“A lot of the Vietnamese art you see or hear about is very traditional,” said Mai. “This show has a feel of more contemporary art, and it’s presented in an untraditional gallery setting.” 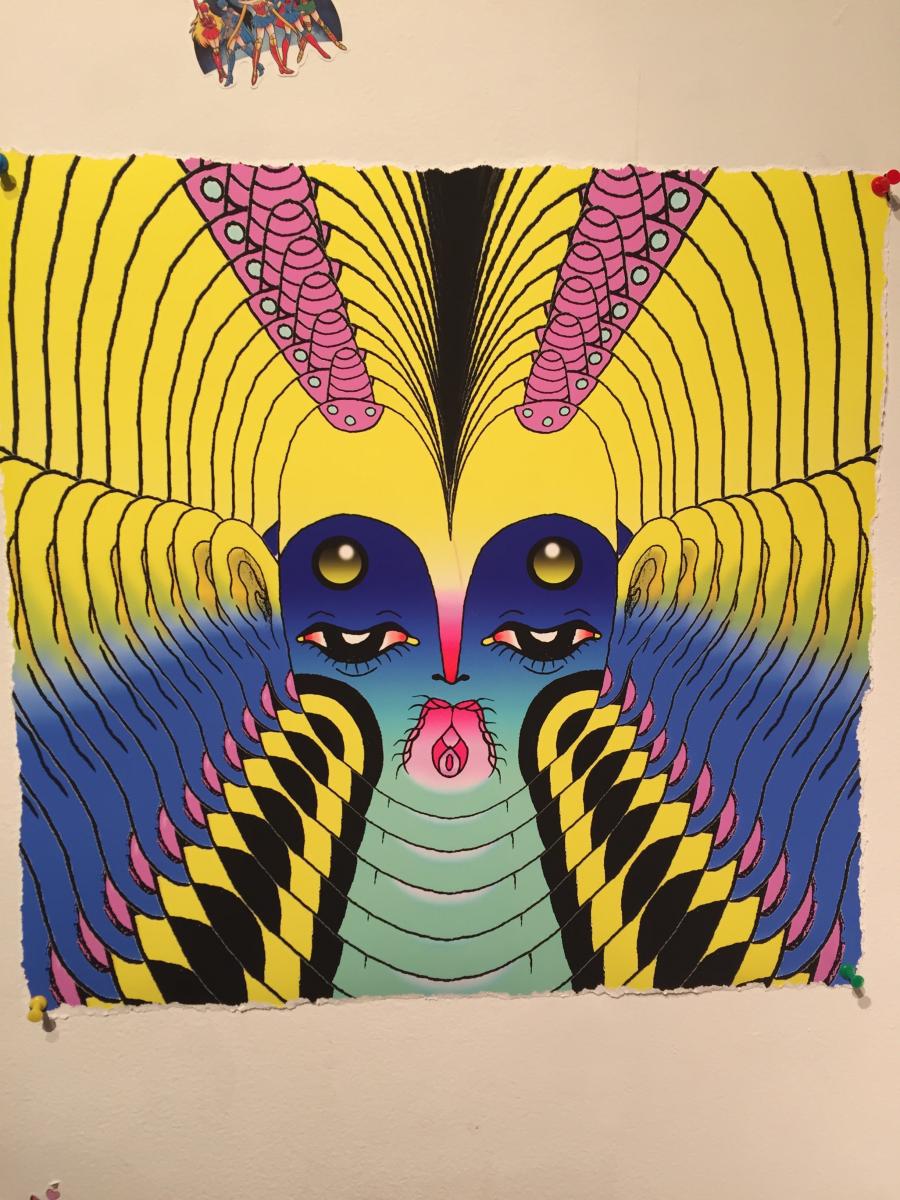 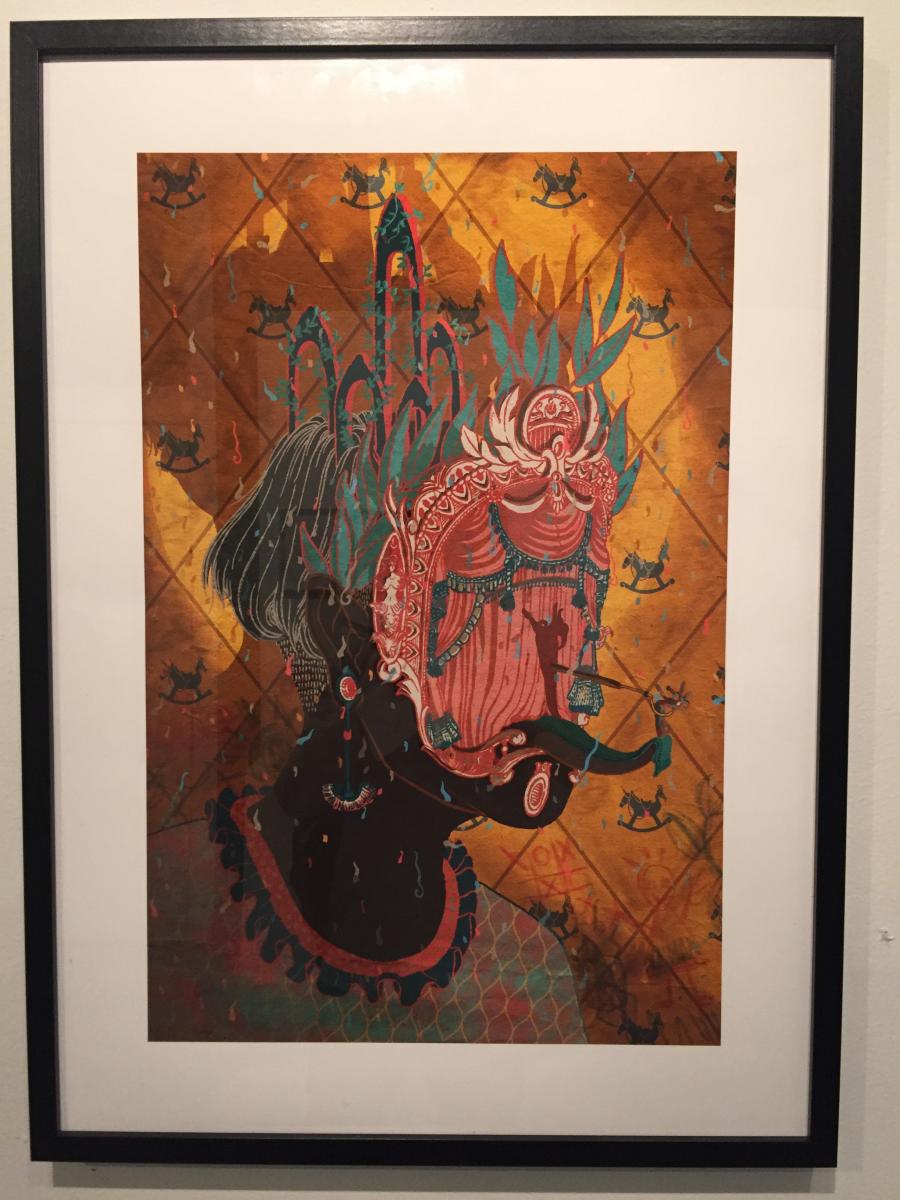 As in many parts of the world, LGBTQ rights are limited but gradually expanding in Vietnam, where it was illegal for gay couples to live together until 2000. Stateside, many queer Vietnamese-Americans still struggle to be accepted by society and their families. As such, Vănguard's core purpose has remained simple: to provide a safe platform for LGTBQ artists.

“I think for Vănguard it’s very much about just a very niche community,” said Nguyen. “It’s not about trying to take over the art world or take over the Vietnamese world; it’s just about finding our own community and doing things as our own group.”

This focus on art “made for us, by us” is at the heart of Vănguard, the zine’s DIY process reflects its independent roots. But the location of the exhibition is also particularly special for Nguyen, who described the occasion as a “homecoming,” as well as an opportunity to welcome other queer Vietnamese folk from Dorchester into the community he helped to create.

“I think growing up, I just never felt like I could be queer in Dorchester...with this exhibition, I’m bringing the community to them, to say yes, you can be queer and Vietnamese, and if you feel isolated, this is a space that was created for you, and there are people who also feel the same way, and that we are here to go through this together and celebrate together.” 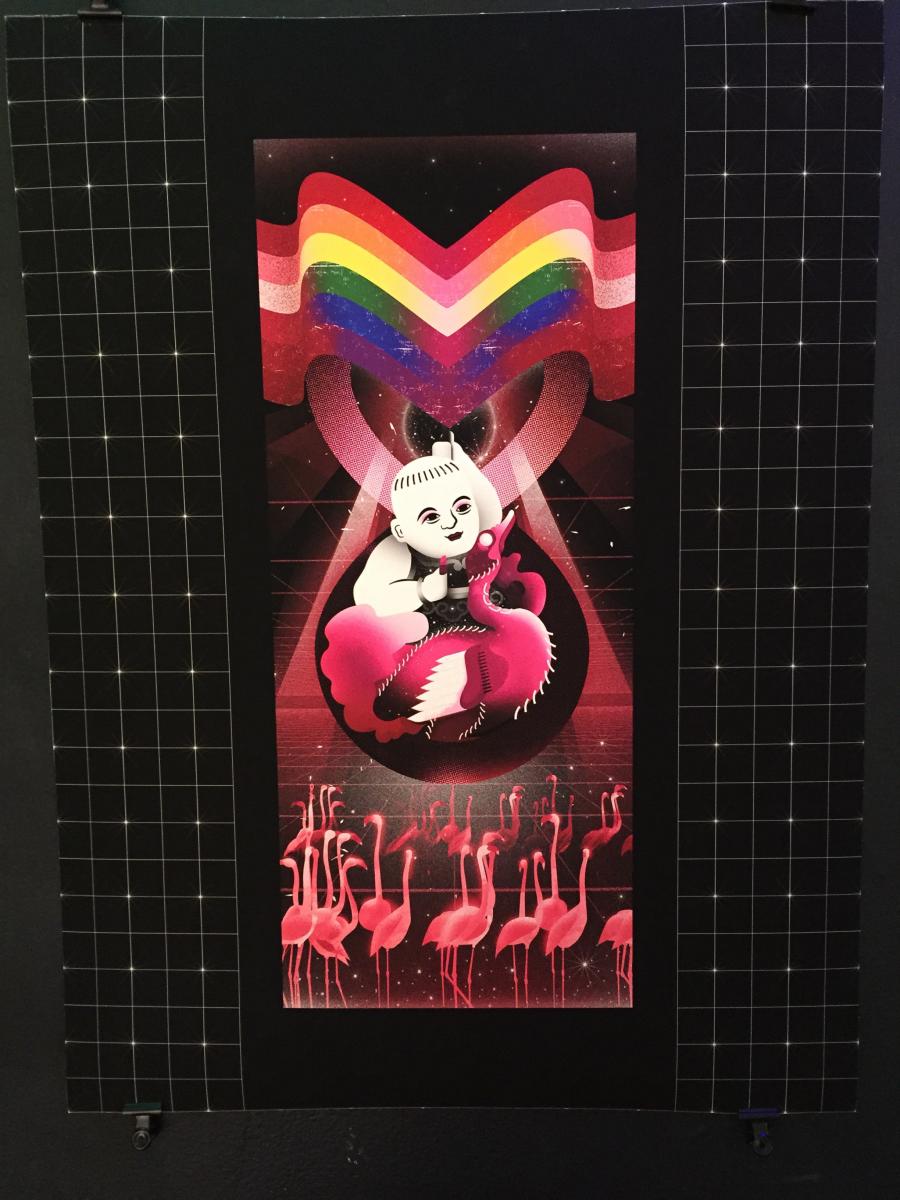 The Vănguard Retrospective Exhibition closing and fifth zine edition release party will take place this Saturday, May 18, from 3 p.m. to 6 p.m. at the Dorchester Art Project at 1486 Dorchester Ave. The event is free and open to the public. Artwork and copies of zines will be available for purchase at the show and online at vanguardzine.com.