Chris Skillin, who co-owns The Ice Creamsmith in Lower Mills, is shown with the new flavor — Black and Gold— inspired by the Boston Bruins.

Leave it to Dorchester's most storied and iconic ice cream shop to come up with the perfect frozen salute to Boston's Stanley Cup-bound icemen.

The Ice Creamsmith on Dot Ave in Lower Mills will start dishing out "Black and Gold" this weekend, just in time for the B's home opener in Game One of the Stanley Cup Finals against the St. Louis Blues.

Chris Skillin — who runs the Ice Creamsmith with his wife Sarah— decided to make a flavor that incorporated the Bruins distinctive black and gold colors. The concoction includes double rich chocolate with golden caramel swirled in.

"I also got gold color M&M’s to put on top,” Skillin said. “This is a delicious flavor and I think it’s going to be a great flavor to hype up our team here.” 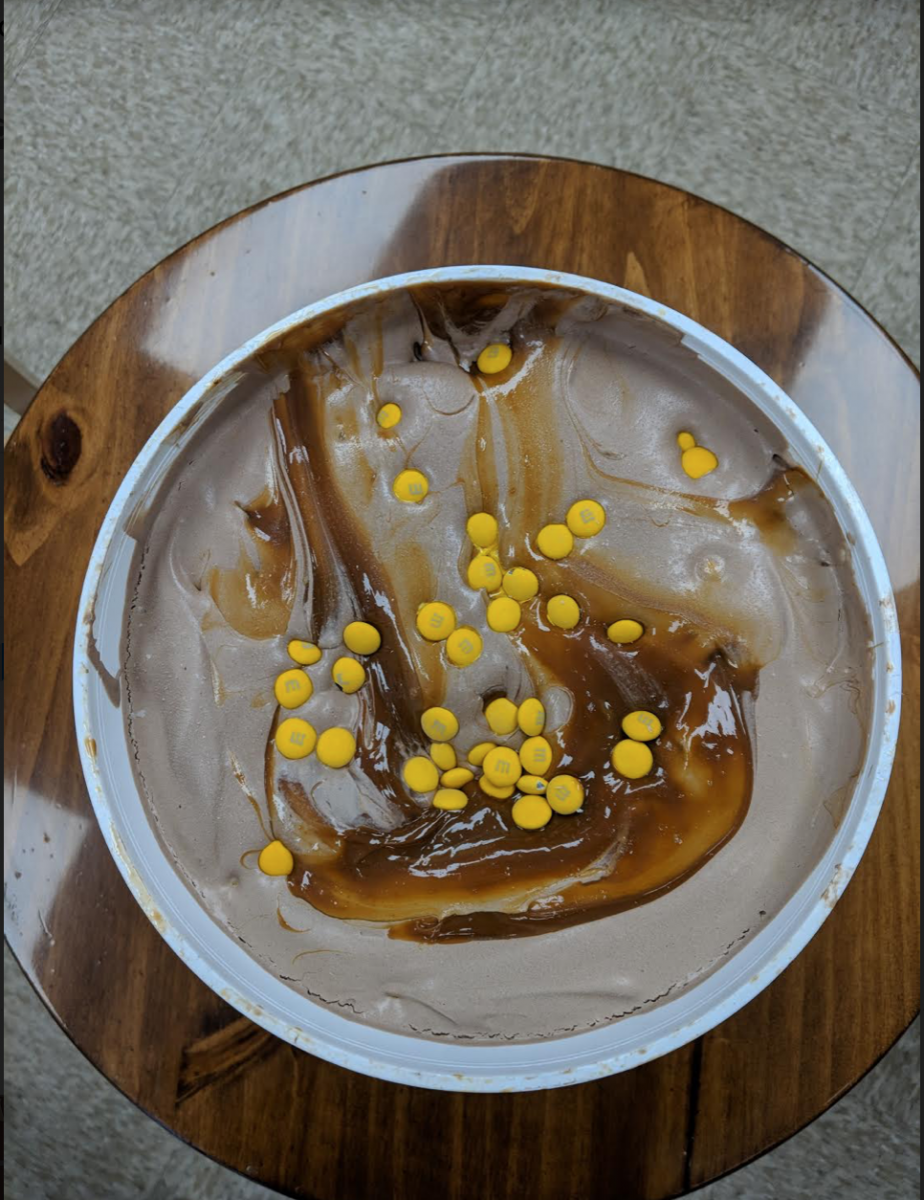 The Ice Creamsmith has been a Lower Mills destination since Dave and Robyn Mabel opened its doors in June 1976. Dave and Robyn's daughter Sarah and her husband Chris took over the shop in 2014 and have been thriving ever since.

The shop is open from March 1 to Thanksgiving and closed for the winter. Most of the employees that work there are from the Dorchester/Milton area and the customers come from all around to enjoy the ice cream, which is all made in small batches downstairs in the basement of the shop. There are 13 flavors of 14 percent butterfat ice cream and three special flavors each month which are seasonal.

“I think it absolutely is a Dorchester landmark,” said Skillin.” I think that most people in Dorchester know about us and have definitely been in here. If not they know about the location and where we are."

Another flavor that will be the highlight of June is Dot Dirt, a flavor that comes once a year in honor of Dorchester Day, which lands on June 2nd this year.
The flavor was made by Skillin’s father-in-law, David Mabel..

Every bite has a story behind it.

“My father-in-law decided to invent his own flavor and we make our own ice cream so we can do that,” said Skillin. “It’s a chocolate based ice cream, that’s in memory of the Baker’s Chocolate factory and we currently sit right next to them. We can see [the old factory] right outside our window and they were chocolate producers for about 100 years. He put some crunch in to symbolize the sands of Dorchester beaches, he put mini marshmallows to represent the Puddingstone hills in and the cinnamon to recall the early trade in the Dorchester shores and called it Dot Dirt. People absolutely love it and we cannot get rid of the flavor because people will be really upset with us.”