Boston firefighters and other first responders are shown at the scene of the nine-alarm fire that tore through several homes on a densely packed Old Morton Street near Lower Mills on Sat., June 15. The cause of the fire remains under investigation, according to the Boston Fire Department. BFD photo

A fire that started in a vacant 5,264-square-foot multi-unit house on Old Morton Street in the late afternoon last Saturday spread to seven neighboring buildings near Lower Mills as the sun began to set. Its cause is still under investigation.

Firefighters arrived around 4:45 p.m. to the residential block in Mattapan close to the Dorchester line, with the fire already blazing through the building, which was undergoing construction work. The Boston Fire Department struck a ninth alarm around 5:30 p.m. Some 90 minutes later, after the fire had been knocked down, firefighters were working through the buildings at the scene.

No one was injured in the house initially, officials said, but Boston Emergency Medical Services (EMS) transported nine people to local hospitals, seven of whom were firefighters, and treated six people at the scene.

“Everything is relatively minor,” an EMS dispatcher said. “Minor injuries, minor smoke [inhalation].” All are expected to recover.

The American Red Cross initially estimated that more than 18 families might be affected by the fire, but later lowered the number to 7 families. The agency added, “Red Cross volunteers will be reaching out to the affected residents to assess their needs as this devastating disaster response unfolds.” On Sunday, Boston Fire officials said that 14 people had been displaced.

A shelter was set up through the weekend at the Boston Centers for Youth & Families Gallivan Community Center in Mattapan for those impacted or displaced by the fire.

Gusts of wind complicated the firefighting efforts, fanning flames and sending sparks to other homes. A woman downwind of the flames used her garden hose to suppress embers floating onto her front porch. Another woman at the scene watched as flames reached her home of 52 years just next door to 37-39 Old Morton St., according to Ashmont resident Della Costello.

“Fire Investigators and the Boston Fire Marshal are on scene to determine cause and point of origin,” Boston Fire tweeted at about 8 p.m. on Saturday “No exact amount of estimated damage but it will be a multi-million dollar loss.” Given the amount of damage – the original house is charred rubble – the process could stretch on for some time.

Suffolk Registry of Deeds records list Demetris K. Pringle and Kasey N. Olsen as the property’s owners, buying it for $765,000 in March. Construction was permitted in April for first floor demolition, repairs, and the installation of finishings. An inspectional services violation was issued on May 12 against the owners for starting to build an apartment in the basement without securing a change of occupancy from four to five units.

Christine Rosado, who lives on Old Morton Street across the street from the house where the fire started and slept in a hotel on Saturday night, said the owner was often at the site working on the property.

“He was doing what he could to make it a home,” Rosado said. “You could tell he was putting a lot of hard work into it. It’s hard to see so many neighbors’ lives just, everything, their memories destroyed — people who have lived in this neighborhood for years.”

Gary Tondorf-Dick has owned the house at 31 Old Morton Street since the 1970s, though he now lives in Hingham. Tondorf-Dick said that smoke alarms had gone off at the house that went up in flames. He noted that construction lights were left on and renovations under way with work trucks that were unmarked and workers who weren’t wearing hard-hats.

As he sorted through charred family relics, Tondorf-Dick said it took nine firefighters to fight back the fire that burned down his roof. He will now need to rebuild.

“I just retired — I can’t believe it,” he said. “I wasn’t planning on doing this, but hey, I count my blessings — nobody was in this house when the fire came and all this house was rebuildable— most of these houses are not.”

Simon Rios of WBUR contributed to this report. 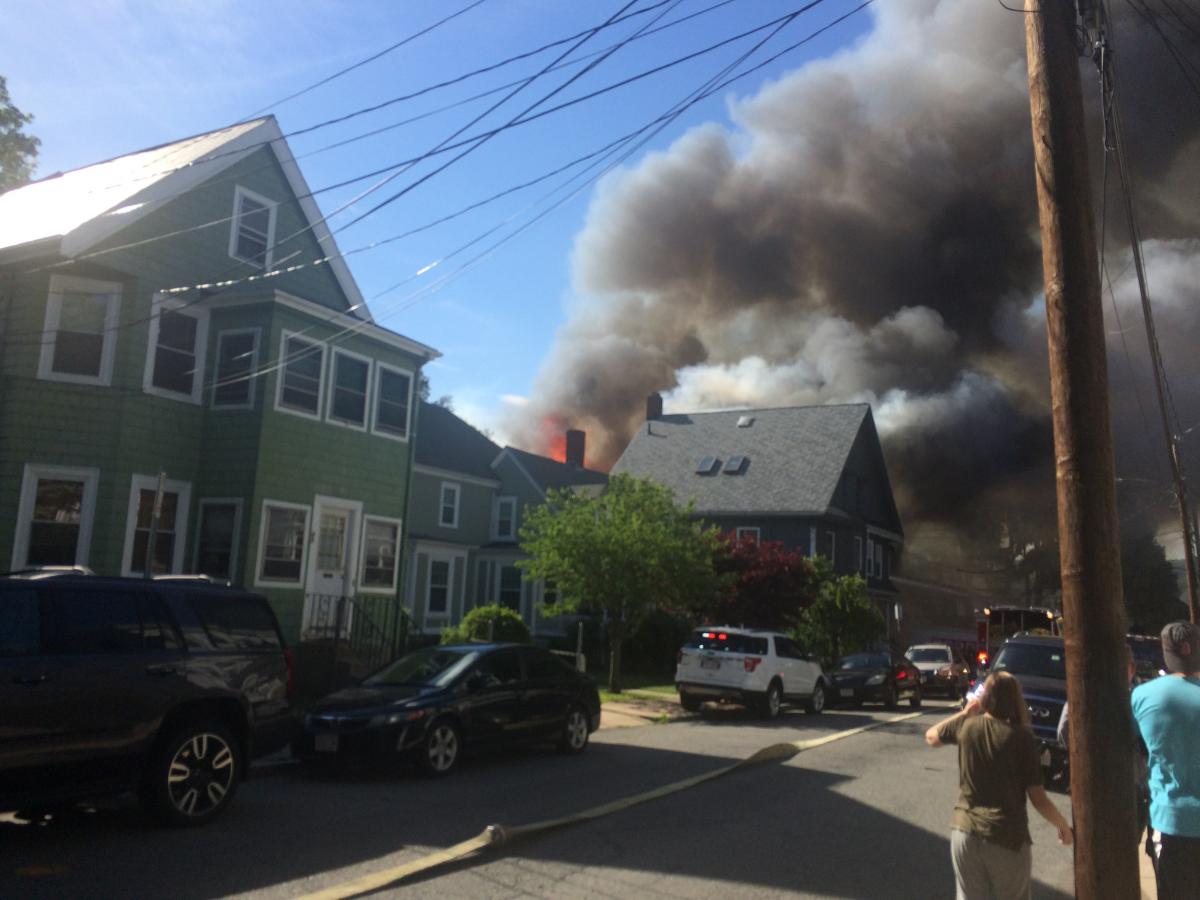 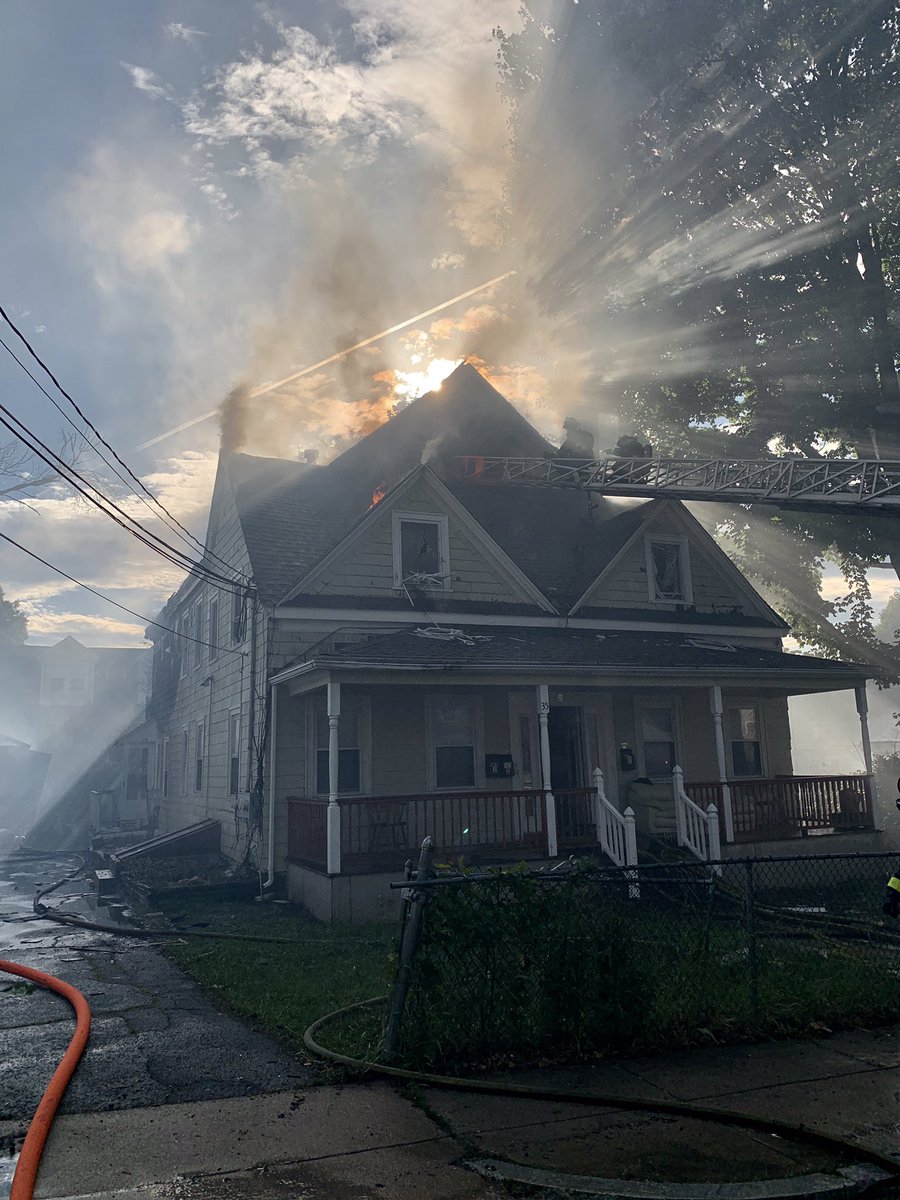