One of the new Red Line cars at an MBTA facility in South Boston. Daniel Sheehan photo

The arrival of the pilots marks one of the first steps toward the T’s complete rebuilding of the Red Line, a multiyear process that will involve infrastructure improvements, signal upgrades, and the full replacement of the Red Line car fleet.

“We’re fixing the system but we’re also modernizing it at the same time,” said Poftak. “2020 is going to be a big year for the T.”

The new cars boast wider doors for easier exit and entry, LED screens that will display maps and service updates, accessibility improvements, gap mitigation devices, emergency intercom units, and automatic passenger counters. In general, they are slightly larger, with an increased capacity of about 18 to 20 additional passengers compared to the older models. The trains are also faster and have a more advanced acceleration and braking system, said Poftak, who explained that the process of growing the fleet will lead to a more efficient transit timetable. 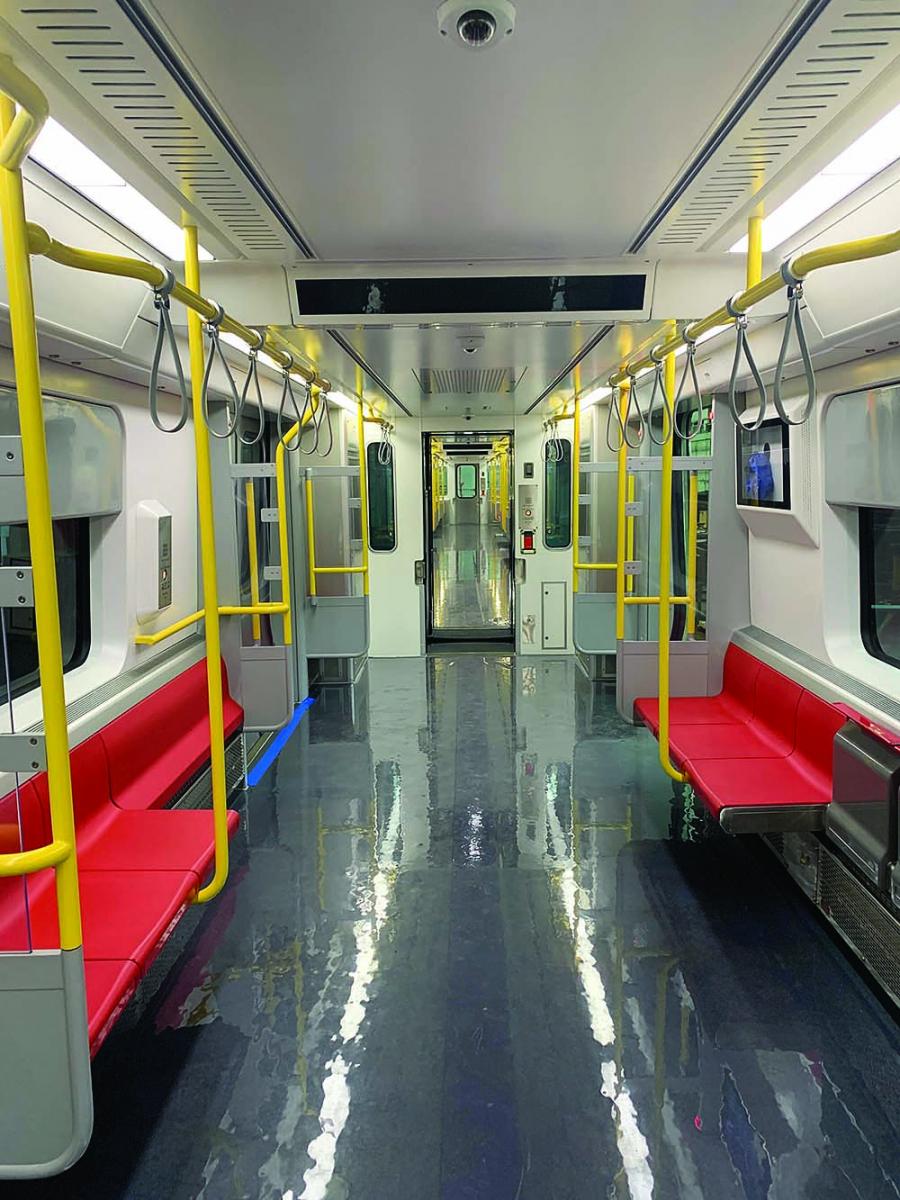 An interior view of one of the pilot cars, which offer an increased capacity of 18 to 20 passengers.

Pollock added that the additional cars “will allow us to run the trains more frequently. When this project is done, trains will come along every three minutes during morning and evening rush hours, which will allow us to have about 65,000 more seats every day on the Red Line.”

Poftak later clarified that the three-minute rush hour wait time is expected for what he called the “trunk” of the system – the stretch between JFK/UMass station and Alewife station. For the Ashmont and Braintree branches south of JFK/UMass, wait times will be approximately six minutes during rush hour. 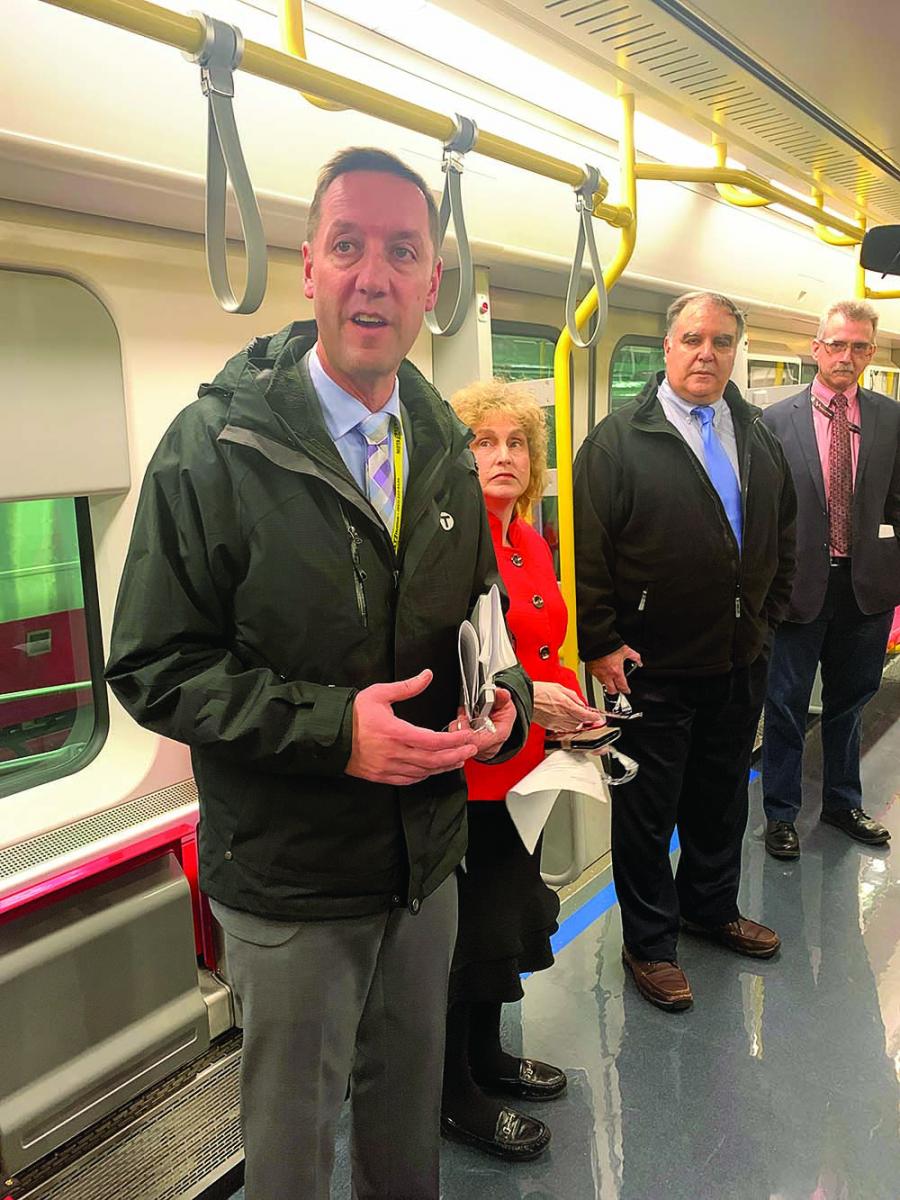 MBTA GM Steve Poftak described new features, including wider doors and LED screens, from inside one of the cars.

The shells of the cars, which are manufactured by China Railway Rolling Stock Corp. (CRRC), a Chinese company that in recent years has become the world’s largest producer of train cars, are shipped to a plant in Springfield, where final assembly takes place. Once the cars are put into service next spring, the fleet replacement will continue on a rolling basis, said Poftak, noting that the cars will be shipped from China to the CRRC factory in Springfield in sets of six.

“Each time one of those six-car sets is completed, they will be put in service,” he said.

The MBTA estimates that all old Red Line cars will be replaced by the end of 2023. The agency’s project team expects to begin dynamic testing of the new cars next month on the newly built Red Line test track in South Boston.