A “City Hall” conversation – Mayor Walsh talks about his growing-up years in Boston, telling Michael Curry, onetime president of the Boston branch of the NAACP, that as a pre-teen during the busing controversies he didn’t understand what was going on at the time. He added that people need to learn about racism in the city’s history to understand inequalities today. Photo courtesy of Zipporah Films

The four-and-a-half-hour-long documentary film “City Hall,” which has as its focus municipal government as administered in the City of Boston by Mayor Martin Walsh and his associates, had its broadcast premiere last week on GBH. With his 45th film, Frederick Wiseman, a native of Boston and an accomplished artist with many acclaimed documentaries to his credit, undertook to show how a city government touches upon almost every aspect of its citizens’ lives.

“Even in a film of four and a half hours it is impossible to show everything,” Wiseman told the Reporter in an interview. “Some of the sequences show the mayor working with his cabinet, others involve meetings on affordable housing or homelessness or are examples of the work of the police or fire departments or are examples of community meetings or the work of building inspectors, garbage collectors, public health inspectors, or the departments that deal with birth, death, marriage, or parking tickets.”

He added: “All of these activities are meant to suggest the wide variety of ways city government affects the life of the citizens of Boston.”

When he first started thinking of making a film about a city hall in spring 2018, Boston was one of several municipalities Wiseman considered for his focus.

“I wrote letters to a number of City Halls,” he said. “Some of them didn’t reply, some of them turned me down. Fortunately for me, Joyce Linehan, chief of policy for the mayor, had seen and knew some of my movies, and she liked the idea.”

Once Wiseman’s concept was approved, he set up camp in City Hall, sat in on official meetings on numerous topics, and followed Walsh on his often-frantic public appearances schedule. His filming technique for the project, he said, was similar to that of his other works.

“I don’t do any research before the shooting begins because I consider the shooting of the film the research. Since I don’t stage any events, I like to be prepared to shoot, because if I wasn’t, something spectacular could be going on and I might miss it,” he said. 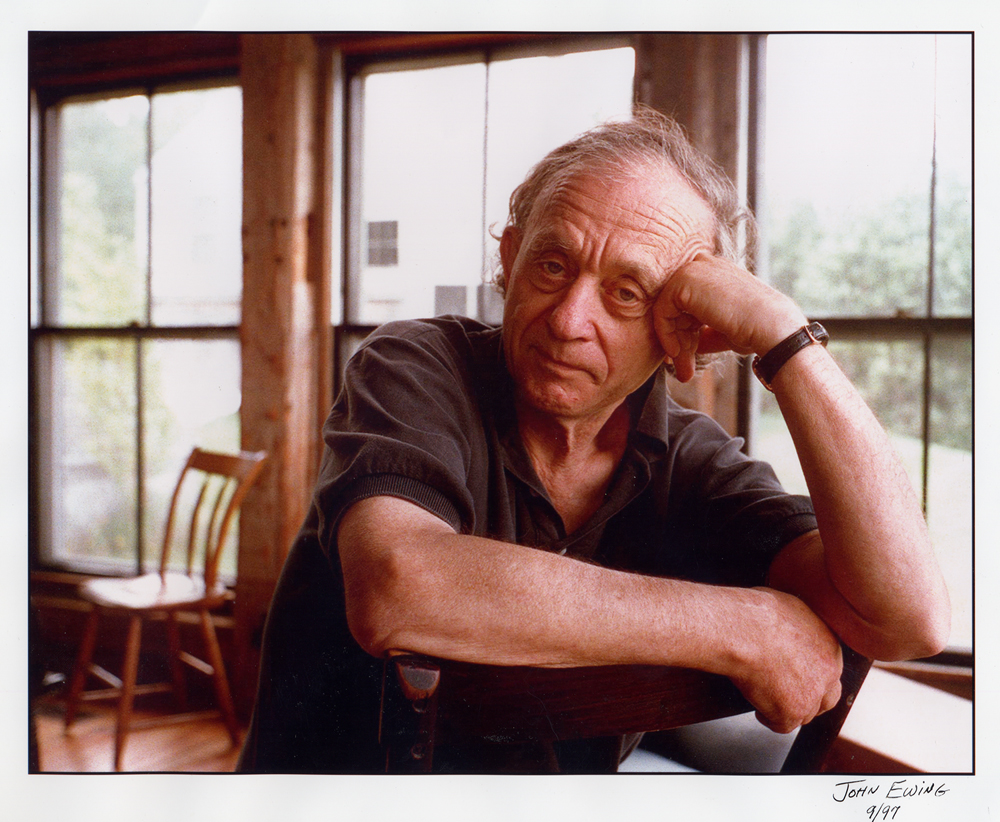 The filming began in the fall of 2018, and carried through winter 2019, concluding with the mayor’s State of the City address in Boston Symphony Hall.

By the time he had finished shooting, Wiseman had accumulated 104 hours of rushes, i.e., unedited, raw visual and sound footage. “It takes me six to nine months to edit all these selected sequences into a usable format,” he said. “When I have all of the so-called candidate sequences edited in close to final form, I begin the first assembly of the structure,” he said.

“When the film is finished, I go back and look at all the rushes again to make sure that there’s nothing I left out that might be useful given the choices I made. Then the film’s finished. And to counteract my depression I start to look for another subject.”

One of the standout scenes in the film centers on a meeting between community residents and the proponents of a proposed medical marijuana store in Dorchester that is required by law.

“From my point of view that’s a very important sequence because it raised so many issues of importance to the community.’’ said Wiseman. “It is an illustration of the complex issues involved when someone wants to open a cannabis store. Some of the issues raised are: the necessity of the store, the effect on the community, parking problems, selling cannabis close to a school, the hostility of different community groups toward each other, etc.”

City Hall’s Linehan, a lifelong Dorchester resident, said that Wiseman’s “thing” is that “he reveals the humanity in America’s institutions. It seemed to me that if we were to open our doors to him in the same ways that other institutions have before us, that that same thing might come through. It really ended up being everything that I could have hoped for in that it illustrates really beautifully the dignity and nobility of public service,” she told the Reporter.

“I found that the most moving sequences were those that involved some of the frontline workers in City Hall,” she added. “It’s positively poetic but it also says a lot about how despite what might be happening around us, the city has to work because people depend on us to do that.”

John Barros, a Dorchester native and the city’s chief of Economic Development who appears in the film a few times, said he was “impressed” with it, noting a long sequence in which he talked about immigrant-owned small businesses and income inequality at a community meeting held at VietAid in Dorchester.

“I feel that working as a public servant and working for the city, it’s all about community engagement,” he told the Reporter. “That meeting was about doing business with the city, about making sure that people get their fair share and that we’re giving people as much information as possible about how you can do business with the city.”

“Also,” he said, “it’s recognizing that we’ve heard from people that it’s hard, it’s not easy, and we’re trying to address that. We want to do business with more people of color, women-owned businesses, and we want local folks and businesses— particularly immigrant-owned— to be a part of how the city spends its money.”

Barros offered this distinction: “If it’s difficult for a native speaker to navigate our consumer system, then just recognize the additional layer of difficulty for immigrants to do that.”

A Study in Contrast

One recurring theme in the film is affordable housing. A particularly significant scene, said Wiseman, concerned a meeting where city officials discussed how an attempt to appeal the Fair Housing Act by the Trump Administration could affect municipalities and threaten civil rights. “The staff member who talked about it gave a very clear and eloquent explanation of the consequences of the Trump policy,” the filmmaker noted. “It was also an indication of the competence of the staff people working on the issue.”

He added: “The contrast between Boston city government and our federal government, the Trump presidency, which is fortunately about to be over, is enormous. Mayor Walsh represents everything that Trump isn’t – good, honest, competent government, offering people services and trying to deal with serious problems of housing, hunger, health and all the myriad issues that the city has to cope with on a daily basis. 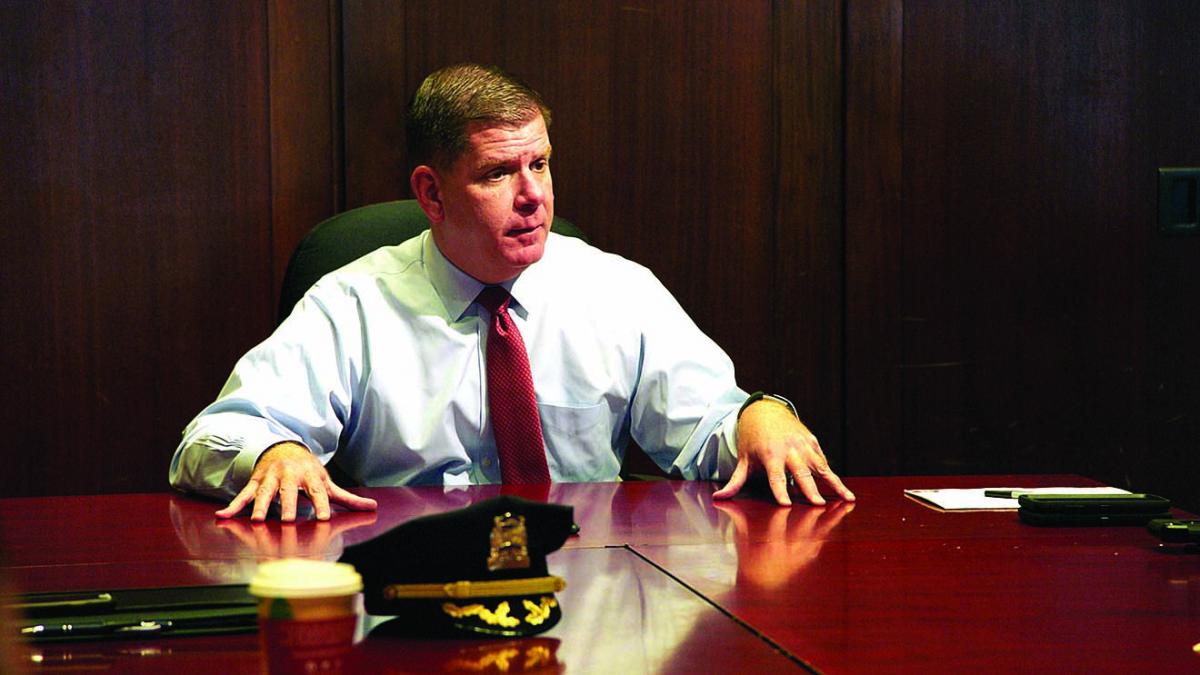 “Obviously, all the problems aren’t resolved. Some are more easy to resolve than others but the basic point is that a good-will effort is being made by employees of a city government that cares about its citizenry.”

He continued: “In the Trump Administration, this effort was not made. There was an almost complete collapse of the accepted contractual norms between the federal government and the citizens.”

“City Hall” begins and ends with sequences showing the city’s 311 call workers answering phones. The viewer hears every type of complaint or question residents are asking, and gets a feel for the range of emotions the city workers encounter on a daily basis when answering calls that never stop coming.

Wiseman said he chose to use those scenes to open and close his film because they “literally shows that there’s a hotline that anybody can call and get advice, or have their complaint listened to, or responded to, and that’s an important part of the service that City Hall is offering to the residents. At a more abstract level, this suggests a wide range of problems for City Hall; there’s no aspect of human behavior that the city doesn’t have to deal with in one way or another.

“I wanted to show that demands for city services are constant,” he said. “Requests are made for city assistance day and night every day of the week, month, and year. People have a need for city services. City government touches all aspects of our lives more than any other government, state or federal.”

Wiseman finishes his commentary with a terse summary of the 270 or so minutes of filming that “City Hall” takes up: “It gives examples of the social contract between citizens and their government. The city is providing the services the citizens need and request and are paying for with their taxes.”