BAA students at a rehearsal for "Respect: A Tribute to Aretha Franklin" on Monday morning. Daniel Sheehan photo

The Queen of Soul

This weekend, students from the Boston Arts Academy will perform their production of “Respect: A Tribute to Aretha Franklin” in a series of three shows – Fri., Jan. 31, at 7:30 p.m.; Sat., Feb. 1, at 2 p.m.; and Sat., Feb. 1, at 7:30 p.m. – at the Roxbury Community College Media Arts Center.
The multidisciplinary show, an original production conceived by BAA students, will feature the work of vocalists, dancers, musicians, visual artists, and costume designers from the high school.

Friday evening’s performance will follow a reception honoring Former First Lady of Massachusetts Diane Patrick, this year’s recipient of the BAA Foundation Champion Award. BAA Arts Dean Tyrone Sutton explained that the show and its central theme of “respect her” made it a natural fit to honor Patrick and her legacy of work in the community.

“The foundation came to us and said, ‘We want to honor Diane Patrick, how can we do that’? Considering all of the work she has done, we decided this show would be a perfect way to honor her,” said Sutton.

The school’s tribute to Franklin came about shortly after the icon’s passing in August 2018, when a pair of students came to Sutton with the idea. A collaboration with Berklee’s Institute for Jazz and Gender Justice followed, which spawned a series of workshops exploring gender bias in the music industry and the meaning of respect means. Sutton, who serves as producer for the show, said the experience of delving into some of Franklin’s works offered students a chance to explore the “emotional evidence” of her legacy.

“Students have heard songs like ‘Respect’ all the time, but to perform them and then unpack what those lyrics mean and give them a deeper meaning of what the song means personally to them, and how they can be an anthem or a call to action for other areas that touch on issues in the world now...it’s giving them a reason to understand why their parents like those songs so much, and why she’s been so prolific.” 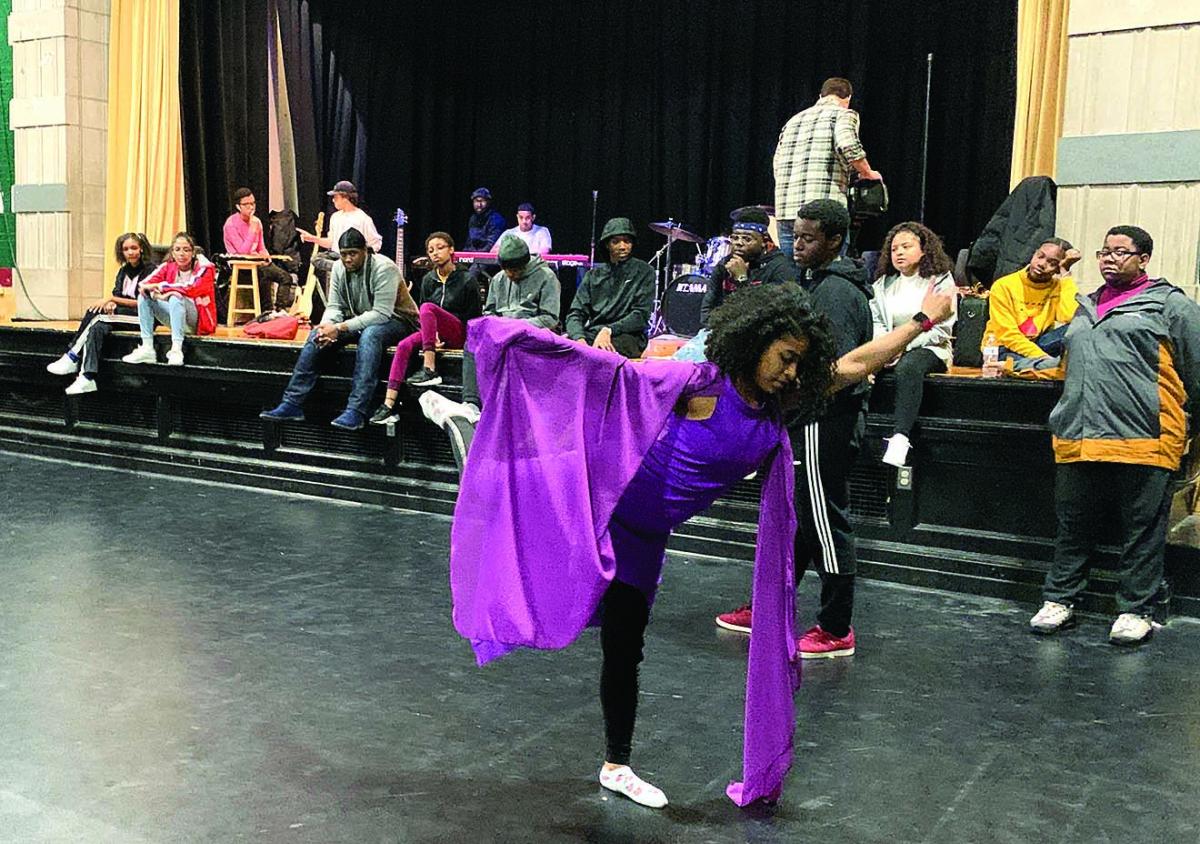 Thays Figueiredo, a 16-year-old junior at the school and member of the vocal ensemble, said being part of the production gave her an introduction to Franklin’s career.

“Prior to this show I didn’t really know much about her. My parents are immigrants, so they’re not very in tune with American music,” explained Figueiredo. “But I’ve been learning about her and performing her music for two years now, and I’ve just gotten to appreciate her strength and, like, I think her character is something to be admired, especially if you’re a woman. She was very unapologetic in what she did. It was kind of her way or the highway, and she wouldn’t accept any form of trying to, like, belittle her or demean her…that is something I’ve really brought into myself.”

A member of the Spirituals ensemble, 15-year-old sophomore Choice McCarty, said she began to see Franklin’s music in a new light following an incident last year in which she was discriminated against.

“It really made me think about her music and how it affected me in a different way, especially because a lot of her music revolved around civil rights and rights for women. It made me feel stronger as a female, and not only that, a black female, and it also made me feel honored that I get the chance to perform her music – not just listen to it but to sing it and to tell my story in a different way. It just gave me a voice that I didn’t really have before.”

Senior Travis Ambroise, 18, pointed to Franklin’s song “If I Can Help Somebody” when asked about his favorite part of the production.

“I really connect to this song’s message which is the idea that as a person, and this literally a quote from the song: ‘If I can help somebody as I pass along, then my living shall not be in vain.’ To me, as a person who really in almost every breath I take strive to help as many people as possible, that song is something that moves me no matter how many times I sing it.”

Sutton expressed pride about an original, organic production that evolved from the ideas of his students.

“When you sometimes as adults back out of the way and let students do the work, they will come up with stuff that surpasses anything that we as adults could have thought of.”

Tickets are available for purchase at bostonartsacademy.org/respect. Ticket prices for each performance are $15 for adults and $10 for children and seniors.