A screengrab of a YouTube clip in which Gaylord reads Where the Wild Things Are aloud to her K1 students at SPJP2CA.

Since in-person classroom lessons began to fall victim to the coronavirus pandemic weeks ago, educators across the country from preschool through the university level have turned to the internet as a new medium for instruction. Savin Hill resident Emily Gaylord, who works as a teacher’s aide at Saint Pope John Paul II Catholic Academy’s Lower Mills campus, has carved out a space on the web where she can continue, even expand, her role at the school.

Gaylord’s YouTube channel – titled ‘Ms. Gaylord’ – is filled with short video clips in which she leads sing-alongs, reads aloud from children’s books, and teaches crafting activities to SPJP2CA students. She said she anticipated the transition from classroom to digital instruction as the need to shut down schools to counter viral spread gradually became apparent weeks ago.

“On the day we found out the school was going to be shutting down, I took home a bunch of books from our curriculum,” explained Gaylord. “I’ve been reading two books a week, as well as singing songs the kids would enjoy.”

Singing and playing her ukulele is something Gaylord, an alumna of Boston City Singers, occasionally gets to do with students during dismissal time at the end of the school day. Now, she sees her ample at-home time as a chance to engage and entertain SPJ2CA kids with music, serenading them to the tune of “Itsy Bitsy Spider,” “Baby Shark,” and other fan favorites. 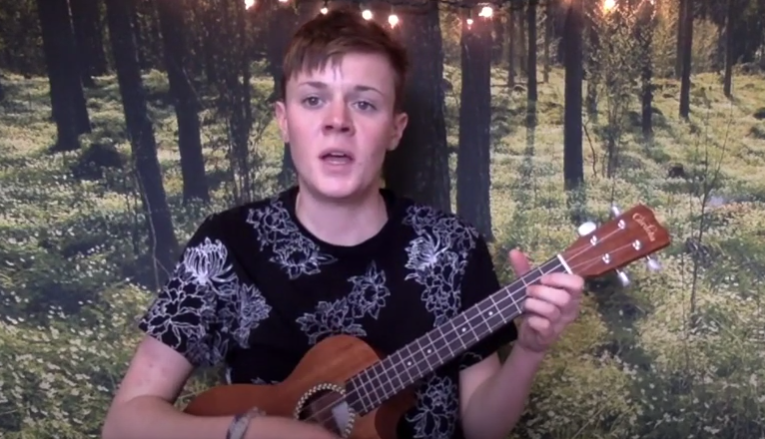 “With the singing I’ve just been focusing on being silly, fun, and lighthearted, you know, just doing my best to ease any anxieties and worries that these kids might be experiencing,” she said. “I can’t imagine having to deal with this situation as a four year old.”

As a teacher’s aide, Gaylord primarily provides in-classroom support to the K1 teachers, she said. But the move away from the classroom has paradoxically given her a chance to do more.

“While I sometimes do the read-along and sing-along stuff, a lot of the time I’m doing other things to help out, like sweeping and wiping down tables...this has been a cool opportunity to do it myself and have more face time with the kids.”

The focus on online engagement has also given Gaylord, who is currently pursuing a secondary degree in education, more of a taste of the duties and responsibilities of full-time teachers.

“I do think that what I’ve been doing has helped me prepare for when I become a full-time teacher, which is something that has been a goal of mine for a while. So it’s nice to be able to do a bit more and see what that’s like,” she said.

Gaylord added that seeing how other teachers have adapted to online mediums has given her some direction: “It’s been amazing to see all these other educators all over doing amazing things for their students. That’s been encouraging, and it’s pushing me to do a lot more with my videos.”