Junior, a 21-year-old from Mattapan, is days away from getting his driver’s license. For him, the milestone means opportunity and legitimacy in the form of an official ID, which could open more doors for him going forward. “I can’t wait to get my license,” he told the Reporter in an interview last week.

“I never realized how big a thing it was, but having a license, you have more opportunity, you don’t have to worry about nothing.”

Junior (whose last name is omitted here to guard his privacy) moved with his family from Haiti when he was 13. Forced to become the sole provider for the family at a young age, he dropped out of school and turned to the streets and a gang lifestyle as a way to keep his siblings fed. He eventually found himself in custody. Following his release three years ago, he was offered a chance for a fresh start through Roca, a Chelsea-based organization that helps at-risk young men escape the clutches of gang violence.

Intervention work there is rooted in consistent, relentless contact with targeted program participants, many of whom have been in and out of jail due to gang activity. For team members on the ground, that means searching out troubled youth and calling or knocking on their doors until they get through to them.

“I get calls and messages from them pretty much every day,” explained Junior. “If they don’t hear from me for two weeks, they’ll show up at my house.”

That approach is key at Roca, and in its work to reduce recidivism rates, the organization has been largely successful: Of the 79 young men who took part in programming for the last two years, 93 percent had no new incarcerations.

But when Covid hit in March, it disrupted the outreach work at the heart of the organization’s mission.

“Covid, like everything else, has been quite a challenge for us. Fortunately, out of the gate we were able to shift with the use of technology to virtual outreach, so for about a month we were pretty much only virtual,” explained Scott Scharffenberg, executive director of Roca Mass. “But physical touch and physical contact is such an important piece of our work in being able to be with our young people and help build that trust.

“Since July, we’ve been able to use a hybrid approach to the work, so both virtual and in person...our young people are savvy in terms of technology, but they don’t all necessarily have access to it, so that’s been a struggle. We’ve been pushing out some Chromebooks and hotspots to young people so we can stay connected to them if they don’t have means to connect with us.”

Maintaining those connections requires time and care. Since youth targeted by the program are prone to dropping off the grid for weeks at a time, those lapses can deteriorate the levels of trust built up between them and Roca staff. That fact, along with the spikes in vulnerability among at risk and gang-affiliated populations, gave team members reasons to work even harder to get to their guys.

“Covid affected our staff, it affected our participants in adverse ways, but it also made our team in Boston stronger and more effective,” said Carl Miranda, Boston director. “From March to November we saw 171 young men. Sixty-one percent of those met weekly contact standards, meaning we contacted them face to face via video or phone or in person twice in a week. That’s a pretty big deal...it’s about being able to sustain a level of relationship with young men driving violence.”

But keeping those interpersonal links alive is only the first step.

From there, Roca looks to engage youth in some form of programming — whether it be through a transitional employment program, educational classes focused on resume building or HiSET (High School Equivalency Test) tutoring, or Cognitive Behavioral Therapy (CBT), the tool at the core of Roca’s strategy. 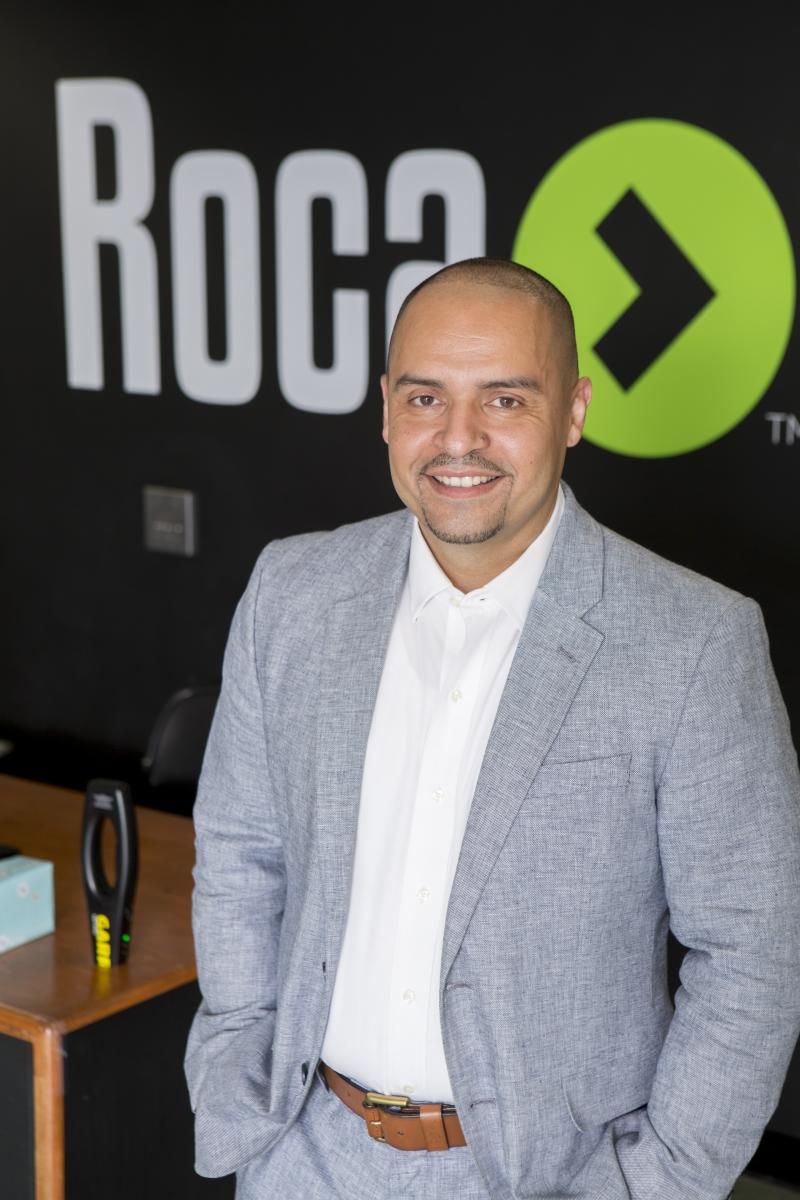 Team members use CBT, Miranda explained, to help former gang members and others in close proximity to gun violence change their behavioral patterns by learning to implement their frontal lobe (the part of the brain responsible for
logic and reasoning) rather than their limbic system, the instinctual, ‘fight or flight’ part of the brain that responds in life-or-death situations. Learning to heal from those traumatic experiences, develop healthier coping mechanisms, and gaining better control over one’s emotions are all processes embedded in the CBT approach.

Changing cognitive behavior can be slow work, especially when helping youth who trail their peers in literary skills and education levels, many of whom are immigrants learning a second language. But that change in mentality is often needed to hold down a job. That crucial step was placed in peril by the Covid shutdown, which snatched away salaries from many Roca clients who had just acquired them.

“We’re really worried about employment for our young people,” said Scharffenberg. “In the beginning we help change their behaviors and try to help them hold a job and keep a job – that’s a way to keep them from future incarceration and hopefully help them get out of the life they’re living.”

But without that life vest, many in the program struggle. Tha Thai, Roca’s assistant director, saw over the summer how desperate circumstances translated to higher rates of violence.

“I’m sure there are many factors in why [gun violence] is up. We’re dealing with young men with mental health problems, who are laid off of work, who just have too much free time, and when they have idle time, that’s when it’s most dangerous. On top of that, it’s survival. Some of them have families that are laid off, and they need to do what they can to put food on the table.”

Roca team members often go above and beyond to provide support to their clients; this year, that meant dropping off food boxes and care packages to youth who were hungry and reluctant to leave home through a combination of Covid fears and fear of being recognized. For Thai, the physical boundaries brought on by the virus made intervention work harder.

“The challenging part is not having the ability to just go grab somebody off the street,” he said.

“We’re pretty good if there’s a situation that’s a crisis. We’ll pull up and talk to the kid and take him away from the situation. Because of Covid, we were not able to do that, so there were a couple of situations where kids just got back home from prison, and I would [usually] drive and pick them up; but with protocols I couldn’t do that...One of the guys is back in prison now. I felt like if we were able to do that traditional outreach, it would have helped.”

Junior is one of the
guys that Thai and the Roca team were able to get through to. Three years in, he says, he’s surprised by the progress and growth he has made. “When I started with the program, I didn’t even know all the good that would come out of it,” he told the Reporter. “Me and Tha and Kevin [Ryner], we ended up doing classes after work, and they’d get me to talk about things, go to meetings, and learn about CBT...We all have moments in life where we’re spazzing out, but now I’m better at controlling it, controlling my feelings, and talking about it with Roca people.”

In witnessing Junior’s behavior slowly change, said Thai, he noticed increments of progress: he would wake up on time more consistently, and show up on time more often. When Roca helped him nail down a temporary job, he held tight to it, waking up at 5 a.m. every day to make the trek from Mattapan to Chelsea.

“Waking up that early was hard. I didn’t realize it, but Roca was getting me ready for that,” Junior said. “Learning how to stick with things.”

Said Thai: “I think what shifted was his definition of a man – instead of being able to fight, being able to sacrifice and send money back to his family. That to me is an indicator of a young person’s mind shifting values and what’s important to him.”

Junior’s path to a new life is perhaps more tangibly measured in economic terms, but, he says, the biggest factors have been the constant social and emotional support from the Roca folks in his corner.

“Where I came from, I always believed that people left you, but at Roca they never gave up on me,” he said. “They always tell me ‘you’re not alone, that there’s always somebody willing to listen.’ It’s helping me go somewhere."

To learn more about Roca's mission or donate to the organization, visit rocainc.org.