It was another exciting Friday night at Toohig Park as two well- matched ADSL Senior girls’ softball teams squared off in the championship game. The Hawks and Eagles beat each other during the regular season and were well prepared for the main event.

Coach Dan Clark’s defending champions — the Hawks— have been the dominant team for years and were confident they had what it takes to repeat. The Eagles had a handful of returning seniors and a majority of rookies just moved up from the majors. Coaches Mike Haggarty and Matt and Noreen Kelley watched them transform from apprehensive to confident players as the year went on. Pitcher-catcher combos were the strength of both teams with Lauren and Avery Dillon for the Hawks and Emma Astrofski and Carol Casado for the Eagles. 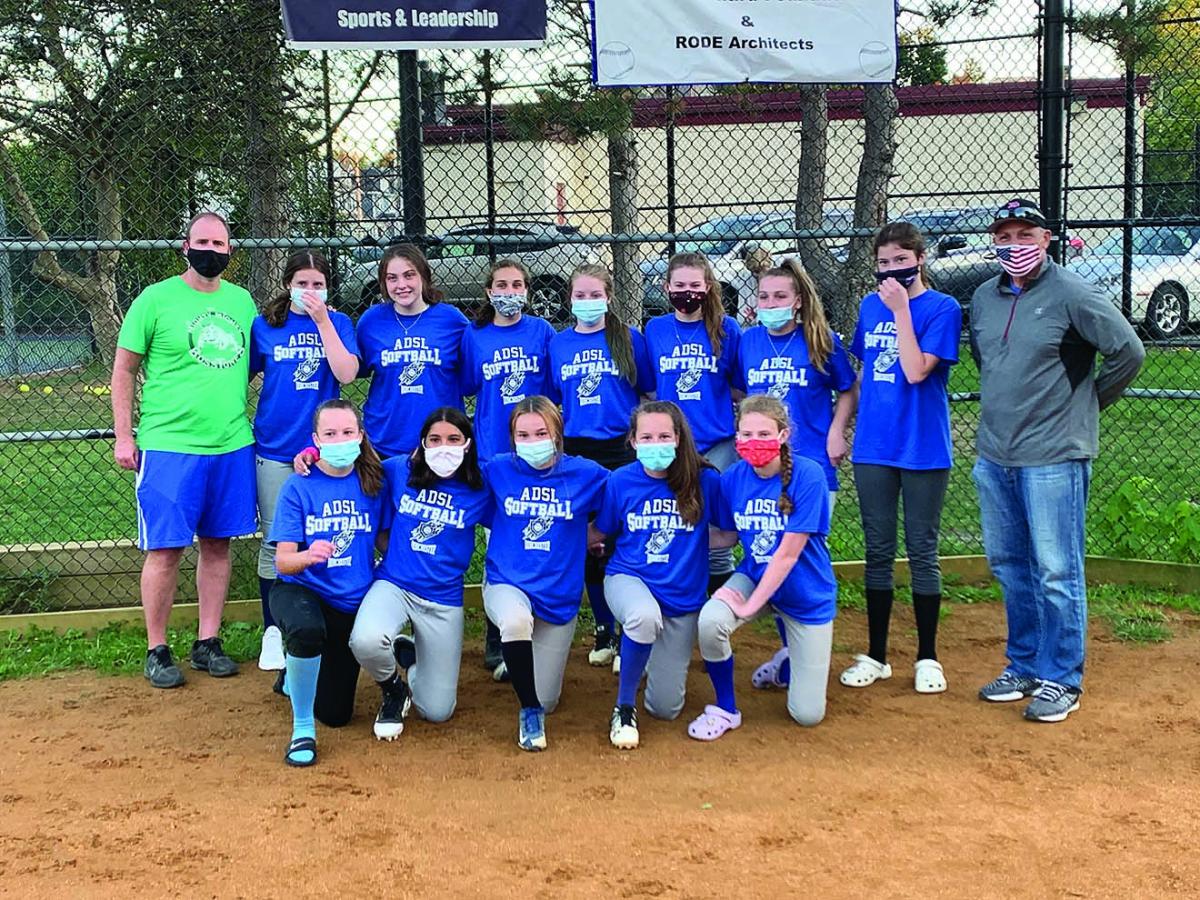 In the first inning, Hawks’ leadoff hitter Lauren Dillon was the offensive spark, starting the game with a single. She was driven in by Brenna Emma’s fielder’s choice. Eagles’ hurler Astrofski settled the Hawks following with two K’s.

Dillon then took to the mound and easily handled Emme Finnegan and Emma Astrofski. The Eagles busted out with string of singles by Ava Duffy, Carol Casado, Monica Kelley, Kierra Flynn and Jolise Grullon. With two out and two strikes, Madelyn Murphy did some damage with a rope down the third base line. Aggressive running resulted with an in-the-park grand slam. After one: Eagles 5, Hawks 1.

Hawk Ava O’Brien started the second by driving a deep triple, but was left on third as Astrofski was heating up and settled the side. Eagles’ Caitlin Murphy led off with a single and was driven in by Emme Finnegan. Dillon then settled down and retired the side. After two: Eagles 6, Hawks 1.

In the third, Lauren Dillon again led off with a single, followed by Sydney Hanlon’s deep drive that was capped off with a two- RBI single by Brenna Emma. Astrofski ended the threat with two more K’s. Hawks Lauren Dillon settled in as well and limited the Eagles’ meat of the order to a single by Carol Casado who was driven in by Kierra Flynn. Dillon ended the inning backed by solid infield play of Ava O’Brien & Kaelin Clark. After 3: Eagles 7, Hawks 1.

In the fourth, Eagle’s Ava O’Brien struck again with a solid single and was driven in by a clutch at bat by Avery Dillon. Astrofski responded with 3 more K’s. Eagle sister combos Madelyn/ Caitlin Murphy and Charlotte/ Maeve Doherty started to pile on with a string of singles. Emma Astrofski helped herself out with a solid double as the Eagles piled on with four more runs. After 4: Eagles 11, Hawks 3
Astrofski dominated in the fifth with 3 straight K’s. Dillon kept the Hawks’ hopes alive following with two K’s of her own to blank the Eagles.

The scorebook looked bleak for the Hawks. Eagles 11, Hawks 3. After a pep talk by coaches Dan Clark and Bob Dillon, the Hawks came alive in the sixth. Sarah Tracy, Sara Clark, and Lauren Dillon started off with solid singles. Sydney Hanlon lit things up with a grand slam blast to deep left. Brenna Emma then doubled and was driven in by another solid hit from Caroline McCarthy. The Hawks were coming back with a vengeance, but the Eagles brought in closer Monica Kelley who cooled things off and finished the Hawks off with two K’s and a 4-3 play.

In the end, the Eagles squeaked out their first championship: Eagles 11, Hawks 8.

A big thank you to the dedicated coaching staff of Hawks’ Dan Clark and Bob Dillon and Eagles’ Mike Haggarty and Matt and Noreen Kelley. A bigger thanks to the players who put on an exhibition of safe fun in the park and serve as mentors to the younger divisions.

Kevin P. Monahan is the commissioner of ADSL Girls’ Softball.