The Zoning Board of Appeal on Tuesday approved plans to create a five-story, 20-unit condo building at Dorchester Avenue and Bay Street in Glover's Corner by expanding an existing three-story building on the site.

Owner Karen Diep's plans call for no parking in the newly expanded building, which is roughly three blocks from the Savin Hill Red Line stop and near bus lines.

The building will have 4 one-bedroom units, 13 two-bedroom units and 3 with three bedrooms. Three of the units will be sold as affordable. The proposal also includes space for two ground-floor offices or retail outlets.

The Columbia Point-Savin Hill Civic Association opposed the proposal because of its height, density on the site and "lack of a cohesive design" and urged a smaller building. City Councilor Frank Baker, however, supported the proposal as is.

Also not a fan of the design, although a vote for the project, was board member Mark Erlich.

"It seems kinda boxy and uninteresting looking," he said, asking BPDA planner Jeff Hampton if the BPDA was really in favor of something like that. The board approved the project on the condition that BPDA planners work with Diep and her architects - 686 Architects, which is housed in the current building and plans to stay there - to improve the design.

686 is owned by former ISD Commissioner William "Buddy" Christopher, who appeared at the meeting with his son James and Diep's attorney, John Barry: 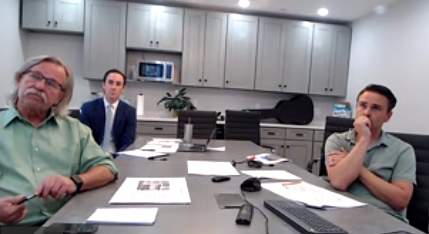