State Rep. Brandy Fluker Oakley was one of many neighborhood leaders and residents interviewed as part of “Mattapan The Documentary.” Photo courtesy Mattapan Teen Center

Between scenic shots of the High Speed Trolley clicking through the falling snow, of water rushing along the lush banks of the Neponset, and of the Blue Hill Avenue streetscape, teen film director Moses Sibley of the Mattapan Teen Center (MTC) located the pulse of the people of Mattapan and put it on film in “Mattapan The Documentary,” which has become the talk of the neighborhood.

Last May, Sibley, 14, and the MTC premiered the film to a crowded room at the Hazelton Street center, which is part of the Boys & Girls Clubs of Boston (BGCB). After the 25-minute screening that featured youth and senior citizens side-by-side, there were tears of joy across the room.

This weekend, the documentary, which has been nominated for best ’18 and Under’ doc in the 2022 Scout Film Festival, will be shown again at the Deatrich Wise Annual Block Party. It will also be shown at the Scout Film Festival at District Hall in the Seaport on Oct. 29. 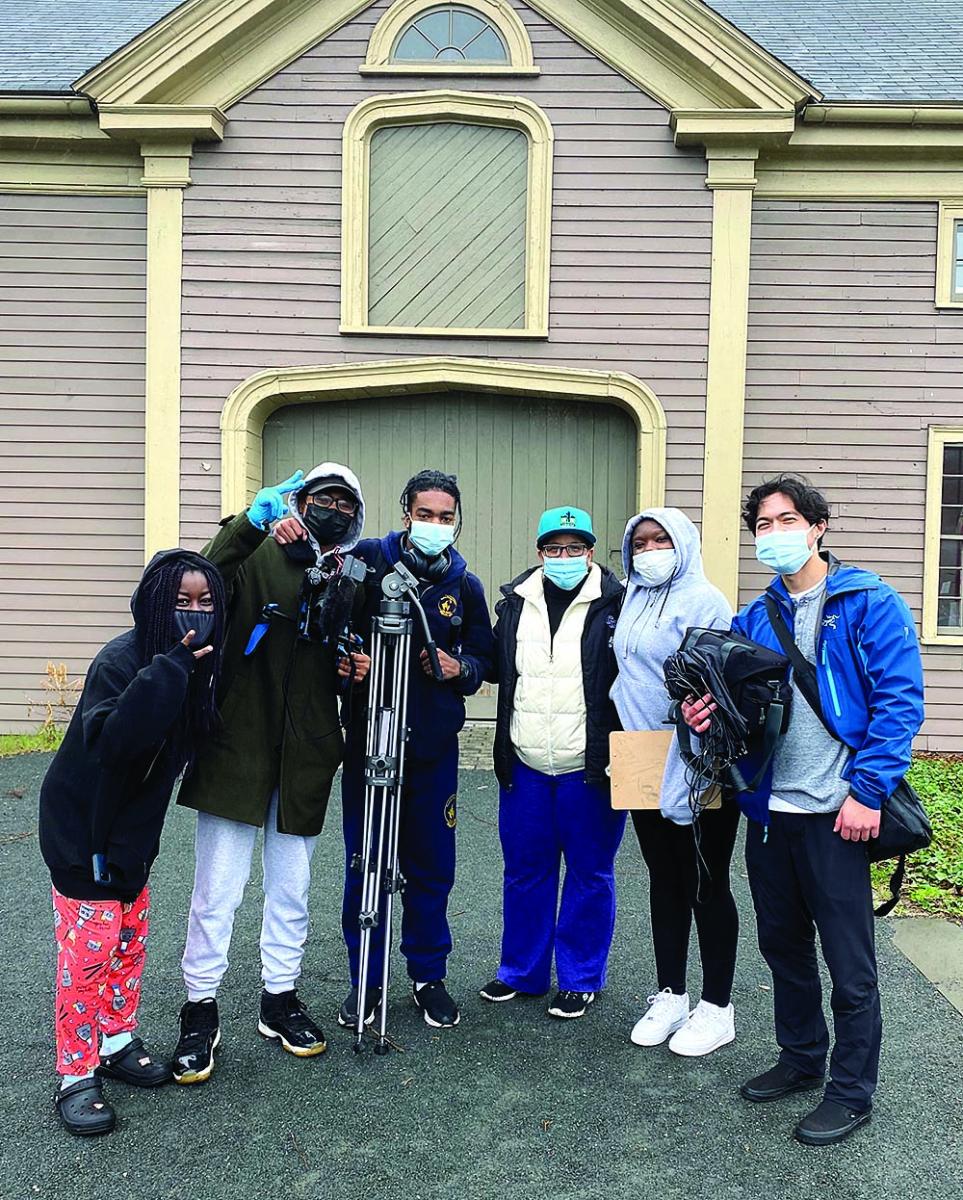 Sibley, who attends Lincoln-Sudbury High through the METCO program, said the project started with a simple conversation about portraying Mattapan differently.

“I was having a random talk with (MTC Director Rick Aggeler) and I said since we’re here, we needed to ply our trade to Mattapan,” said Sibley, who studies video production at school. “It sparked an idea. When you listen to people talk about Mattapan, they usually speak about the bad things or call it ‘Murder-pan.’ We wanted to do something incredible to change peoples’ perceptions of Mattapan. This was a completely youth-involved and led project. This is Mattapan’s first real film produced by teens.”

Sibley and his peers mapped out their production schedule starting in December 2021, organizing shoots and scenes and passing milestones down to the day with help from Aggeler and MTC Music Director Sean Stover. In the film, they visit the Fowler Clark Epstein Farm, the Neponset River Reservation, Café Juice Up, and Brother’s Deli, to name a few locations. They interviewed many adults alongside the young people – focusing on the neighborhood’s history, positive places like parks, and community involvement.

At one point, there was a major fire at the apartment building across the street, and they were able to include in the film the MTC’s response at raising money with a bake sale to help the displaced families.

Sibley said he and the film crew learned a great deal about their community in the process, but he was especially taken by the Fowler Clark Epstein Farm on Norfolk Street.

“My bus passes there and it used to be run down,” he said. “I thought it was a witch house when I was younger. Then I saw they rebuilt it, but I never knew what was in there until we did the documentary. Now I’m very impressed by what’s going on in there and what they do.”

Crichlow, noting that MTC is full of kids that are “focused and talented,” said she was so proud of the young people for showing the community in the positive light that residents often experience, but that rarely reflected to the outside world.

“It was a long-time coming,” she said. “I think these young people came up with a good idea to highlight where they live, where they play, and where they socialize. The way they put it together by reaching out to some of the people in the know of Mattapan was excellent.”

Added Aggeler: “I’m just proud. It’s groundbreaking to have youth talking with seniors. It was a common statement when I came to Mattapan that youth don’t talk to seniors and vice versa…It was the fact that this documentary bridged that gap, that was the thing that made me most proud. When we had the premiere here last spring, it was such an interesting moment to see the reactions after the movie. A lot of people from the community were crying tears of joy.”

Sibley and his brother began going to the Blue Hills Boys & Girls Club at Franklin Field when he was six, and last year they moved to the MTC. Commuting back and forth to the western suburbs for school is quite a sacrifice, he said, but he enjoys the resources– which include video production facilities, the Sudbury TV station, and live broadcasts of school events.

Still, his heart is clearly in Mattapan. “We are the voices of the future, and we have to get involved in the present,” said Sibley. “These are the things we can do in our community. We had a big premiere of our film that was a success. Now we’re on to the Scout Film Festival with some super big heavy hitters. Think about what else we can do to highlight the Mattapan Teen Center.”

The teens at MTC plan on making another documentary this year loosely titled “Portraits.” It will be a look at people in Mattapan and throughout Boston with the help of new equipment and more time for production.