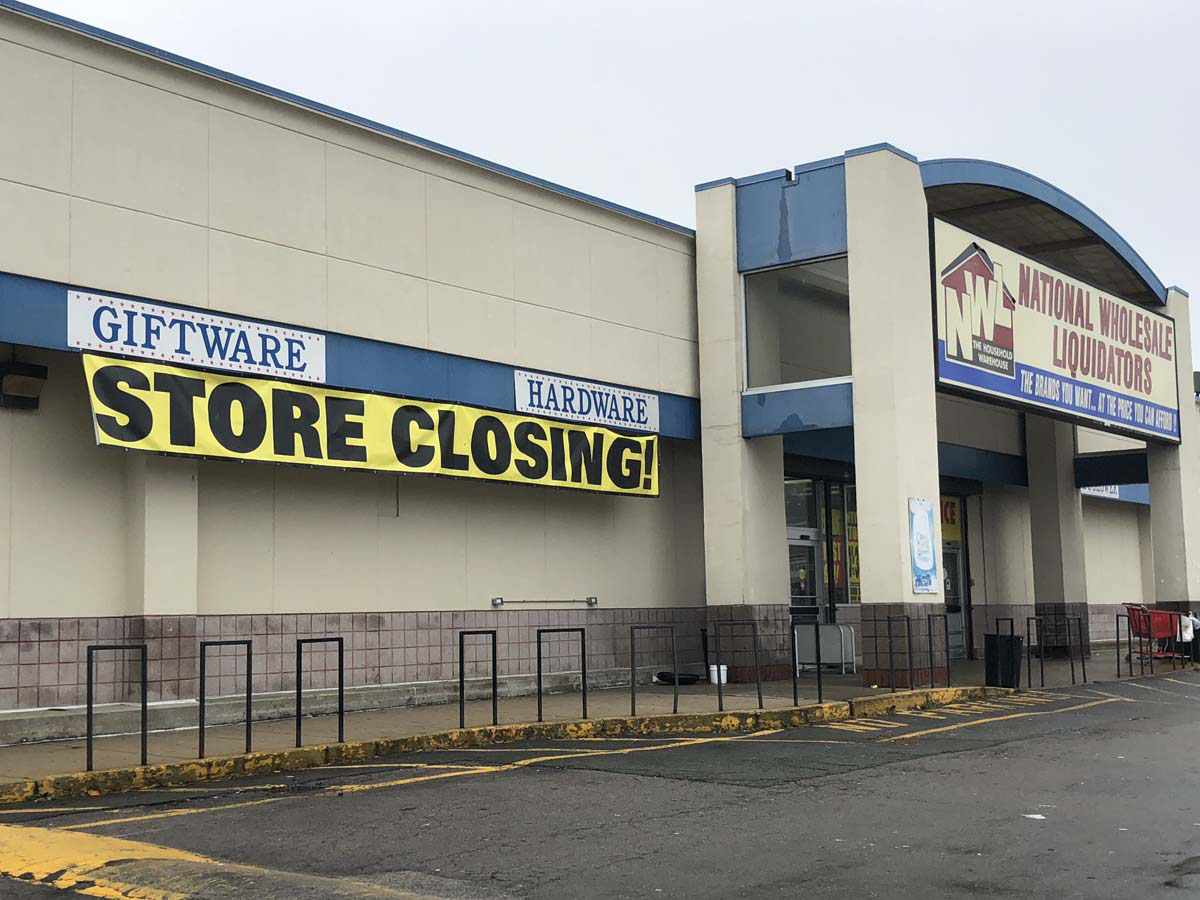 Two no-frills retailers in Dorchester that cater to bargain hunters are on the verge of shutting in the coming weeks. On Morrissey Boulevard, the National Wholesale Liquidators is bracing for bad news after its parent company filed for Chapter 11 bankruptcy in New York last month. A huge yellow-and-black banner is now in place at the front of the Morrissey store. It reads, “Store closing.”

A similar message hangs from the façade of the Fallas storefront in the Fields Corner mall. The discount apparel shop pitches itself as the “First place to shop, first place to save.” But, amid a national downsizing by parent company National Stores, it, too, will close, on Dec. 23, according to the Geneva Avenue store’s manager.

The national economy is supposedly firing on all cylinders, with record low unemployment. But, among shoppers at both box stores, there’s a building anxiety about what losing these affordable options means for a city neighborhood where the working poor are struggling to keep a toe-hold.

“It’s sad to see them go, because not everyone can shop at Lord & Taylor,” said Gloria Wallace, a Dorchester woman who was heading into the Morrissey NWL on Tuesday. Her friend, Julie, said she’d been shopping at this location since the 1980s, when it was a Bradlees. “It will be missed,” she said. 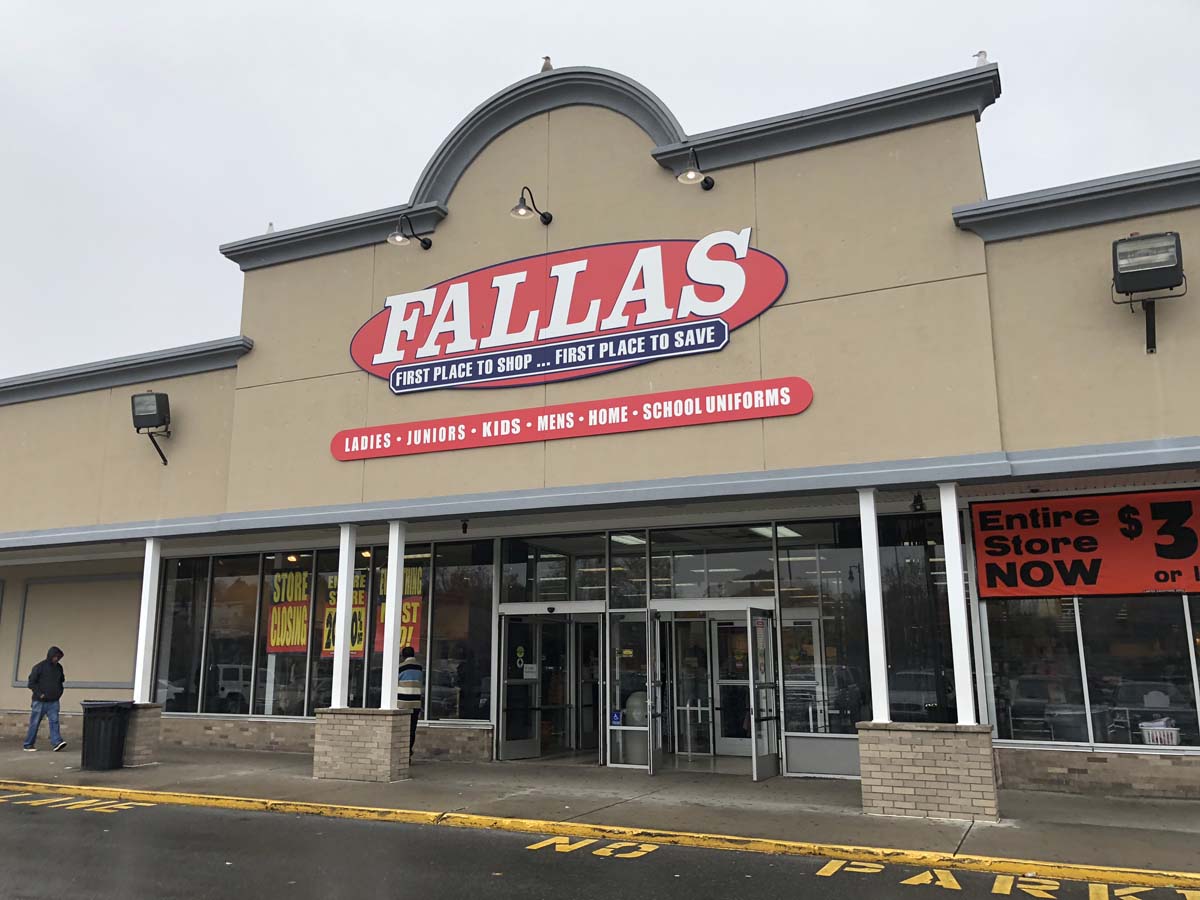 Phil DeGorter, the director of personnel and loss prevention for the NWL chain, said that the Dorchester location has been one of its best performing stores. But the chain has been battered by misfortune in the last year. An accident earlier in the year took its top store in Yonkers, NY, offline for months. Its store in Weymouth, Mass., lost its lease. And, like other retailers on the discount spectrum, it is seeing attrition from online sales and on-demand delivery services.

Executives are still working on an eleventh-hour deal that could prevent a closure,”DeGorter said, “but it’s coming down to the wire. It’s a sad time for us,” he added. “We have over 600 employees.”

What could happen next at the Morrissey site is already the subject of great speculation.

Ben Starr, a partner at Atlantic Retail, says that Dorchester (and not just South Bay, but the whole neighborhood) is a sought-after target for prospective tenants. “In both cases,” he said, “there’s potential for really, really positive outcomes if these two retailers go away, because Dorchester is so hot right now. The opportunity is there for better quality retailers to come in.”

Existing lease agreements for both the Geneva Avenue and Morrissey locations could complicate matters. Tom Cifrino, who owns the Fields Corner mall, says he has received “about 20 calls from interested brokers” about the Fallas space. But, there’s nothing he can do until there’s a judgment in his tenant’s bankruptcy case.

The Morrissey property presents an even more intriguing scenario for redevelopment. The NWL box store is an 80,000 square foot behemoth— but it’s an older building and the whole look and feel of it is outdated and shabby. The site itself sits adjacent to the Red Line tracks to Quincy and points south. This could offer the opportunity to create a new, mixed-use development that could even— with state buy-in— be a good place for a new MBTA station.

Think about it: A residential complex with a Neponset or Pope’s Hill MBTA station on the Braintree line? It’s a big investment— but it would transform this part of the neighborhood that is thirsty for alternative transit options and renewed commercial development.