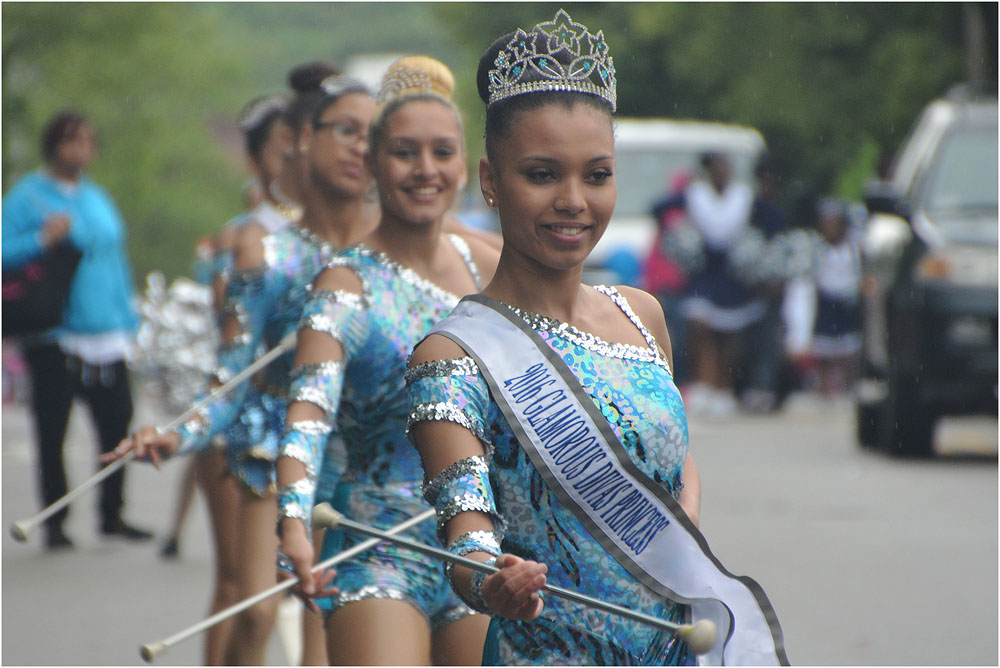 This will be the first time in a number of years that I’ll get a chance to actually watch the Dorchester Day Parade. For the last dozen or so years, I’ve been a participant, marching with my wife, Linda, and our kids. Now that she has left the political stage, she won’t be running up the avenue in heels or —when she was with child— riding in a convertible.

No corralling toddlers as they try to keep up with their mom as she raced from sidewalk to sidewalk to grab hands and shoot selfies. No dodging piles of horse dung from the Clydesdales. No pit stops at JJ Foley’s or the Blarney Stone. No scramble on Columbia Road to pack everyone into the car— or the Red Line—for a sling-shot ride back to Lower Mills.

I’m looking forward to grabbing some wall in front of Dorchester Park — maybe pulling up some curb in front of St. Greg’s— and just watching the spectacle march on by while soaking in the sights and smells and letting the kids chase down vendors pushing their wares up the avenue in a shopping cart.

If you’re willing to stop and sit, you can see touches of the world passing by on Dot Day. Irish step dancers jigging-out with their willowy-wigs flopping to and fro give way to pre-teen Dominican girls twirling batons. Then come the Vietnamese dragons and drum squad and the old ARVN vets on a motorbike smoking a Lucky a few feet in front of mud-encrusted women in elaborate Carnival costumes winding like they’re in the Caymans. Here comes Charlie Baker, who wants to shake your hand while burly bagpipers drown out the boom-bap of the Haitian DJ on the flatbed. Is that the DotOUT float, decked out with beaded party-goers dancing and rainbow flags flapping?

On and on it goes, a revue of nations and lifestyles on a patch of asphalt that ribbons northward to Columbia Road. Yes, there are cops on every corner, but if you could see through their Ray Bans, there’s no urgency in those eyes. This is a cushy detail. If there’s one arrest along the parade route this Sunday afternoon, it’ll be a busy day by Dot Day standards.

This is day of family reunions, backyard barbeques, and far-flung OFDers venturing back for a dose of what they all yearn for— that electric Dorchester flavor, the kind they can’t find in a South Shore subdivision.

Now, everyone wants in. The walk up the avenue will reveal a half-dozen big-time construction jobs under way from Ashmont to East Cottage. Take a good look, maybe snap a pic. That bodega or barroom you spot this Sunday will be pulverized into the dust by next Dot Day. A lament? Not really. This is progress, the result of enterprise meeting demand meeting the realities of a city that is bursting with growth and new blood and, yes, new money.

It has happened before.

For the first half of its settlement, Dorchester was mainly farmland and orchards and a chocolate mill with large estates dominating our various hilltops, and a few steeples to boot. It changed from a town to a city neighborhood in a matter of years, with three-deckers sprouting on ridges and valleys and wherever else the streetcar tracks would take the newcomers.

Change is the one constant here, as it is with any great neighborhood that wants to thrive. And Dorchester Day has been a consistent manifestation of that each year as it adopts new faces and colors and fashions.

This year, I’ll be content to watch that all unfold from Lower Mills, where I took in my first parade back in ’74. See you there.