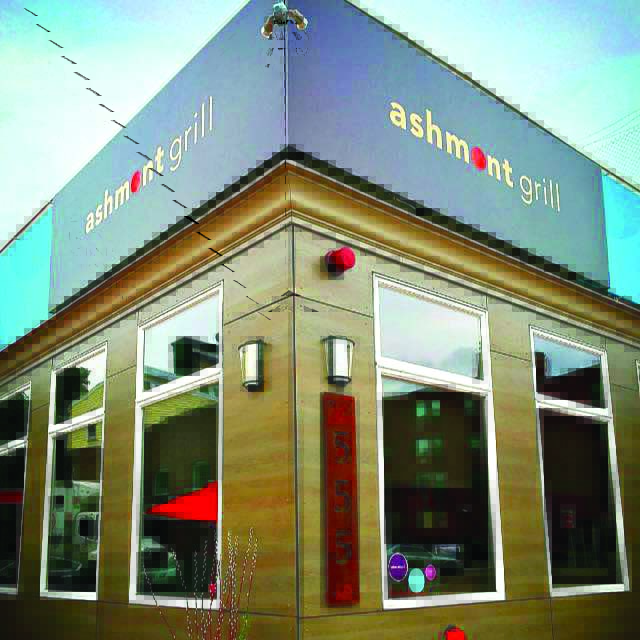 The Ashmont Grill, which opened on Talbot Avenue in 2005 and became a top-tier Dorchester eatery and an anchor of the Ashmont neighborhood in particular, will close in the coming weeks, according to its co-owners and investors. The news – first reported by the Boston Globe last Sunday – is a disappointment to its many fans, a group that includes this editor.

The staff and ownership of the Grill – like so many in their industry who persevered and innovated through the ravages of the pandemic – deserve credit for making it work as long as they could. The team that manages the Grill, led by manager Tara O’Riordan and the original chef-founder, Chris Douglass, also operate the popular Italian-themed bistro Tavolo just a block away in the Carruth building on Dorchester Avenue.

Both restaurants are excellent and consistently in the top-five go-to eateries in this part of the city, quite the feat given the influx of new places that have opened in recent years. The two eateries share some staff and investors in common, although Tavolo is co-owned by Jim Keefe and Patrick Lee, who own Trinity Financial, the development firm that built the Carruth and the Treadmark building across the street.

As Commonwealth magazine writer and Ashmont Grill investor Michael Jonas wrote this week in his own column, the Grill holds a special place in the community’s heart because men and women from Dorchester pitched in to help Douglass finance its launch nearly twenty years ago. Douglass, who lives nearby, was already a celebrated and successful chef, running the popular South End restaurant Icarus. But, he and his original backers, including Jim Keefe, had the vision and the guts to say that Dorchester deserved a new dining option, an improvement on the old-school barroom that it replaced.

At its peak, probably around 2010, the Grill was constantly hopping. It was a favorite of Gov. Deval Patrick and many of his Milton neighbors, along with the Dorchester regulars, some of whom spent more than a couple of days every week perched at the bar or lounging on the distinct outdoor patio.

The crowds have thinned out in recent years, in part due to the pandemic but also due to the proliferation of other, similarly fashioned, higher-end eateries both in Dot and on the outskirts of the city that are newer and, perhaps, more attractive to younger patrons.

The move to shut the place down, while agonizing, allows the team to focus on keeping Tavolo strong. The hope is that a new ownership group will emerge to either restart a version of the Grill or reinvent the space for a restaurant. Or, perhaps, the property will be sold and re-developed for a mix of housing, maybe with a retail or restaurant space below.

It would be amazing if another aspiring restaurateur were to step forward to bring a fresh take on the Grill’s friendly feel – maybe a fusion spot that could reflect the diversity of the bustling neighborhood outside.

Whatever comes next, let’s hope that the people who step in do justice to the Grill and the good people who’ve made it a special place for 18 years.
It’s been a great run.