The Boston Planning and Development Agency (BPDA) approved the proposed $200 million redevelopment of the former Boston Globe headquarters at 135 Morrissey Blvd. into an “urban innovation campus” at its monthly board meeting Thursday.

Nordblom Co. plans to transform the site into a 695,000-square-foot hub of technological development, office space, and public amenities. In addition to renovating the 16.6-acre parcel, Nordblom will also take responsibility for rejuvenating and maintaining the adjacent state-owned Patten’s Cove, part of an expansive community benefits and mitigation package the city’s planning arm and the developers are in the process of finalizing.

As the building’s shell is in good shape, first built in 1958 and expanded through the years, the development team intends to hollow out much of the structure but not change its footprint. The floor plan will work with the old Globe’s existing layout, “which includes both dramatic high ceilings and large, open floor plates with ample natural light,” according to a release.

The newspaper decamped for new offices downtown in 2017 and moved their printing facilities to Taunton.

Rebranded as ‘The BEAT’ -- The Boston Exchange for Accelerated Technology -- Nordblom anticipates the development will pull Greater Boston’s thriving technology, life sciences, and advanced manufacturing economy down into Dorchester.

“We are enthusiastic to move forward on The BEAT and would like to thank the city and community for their support thus far,” said Ogden Hunnewell, executive vice president/partner with Nordblom Co., in a statement. “Our plan will create local jobs and business opportunities, while optimizing tax revenues for the City. We expect The BEAT to be a highly desirable and bustling campus with abundant open space and adjacency to UMass Boston, with easy access to the MBTA Red Line.”

According to the Nordblom release, the project will feature office space, a fitness center, and a food hall with a possible brew pub. The site plans include about 868 off-street parking spaces and at least 209 bicycle storage spaces, according to BPDA project manager Raul Duverge.

Based on community feedback, Duverge wrote in an Wednesday email to the project’s Impact Advisory Group that Nordblom worked with them to create a local benefit and mitigation package. He emphasized it was a general outline of items to include in the cooperation agreement, which, following the BPDA decision, would be fleshed out further.

Included in the package is up to 2,500 square feet of space in the 135 Morrissey site to be a community job training and employment center open to the public, public access through the building atrium during business hours and after hours by appointment through neighborhood groups and local non-profit organizations, and gathering space for those groups and organizations at no charge based upon availability. 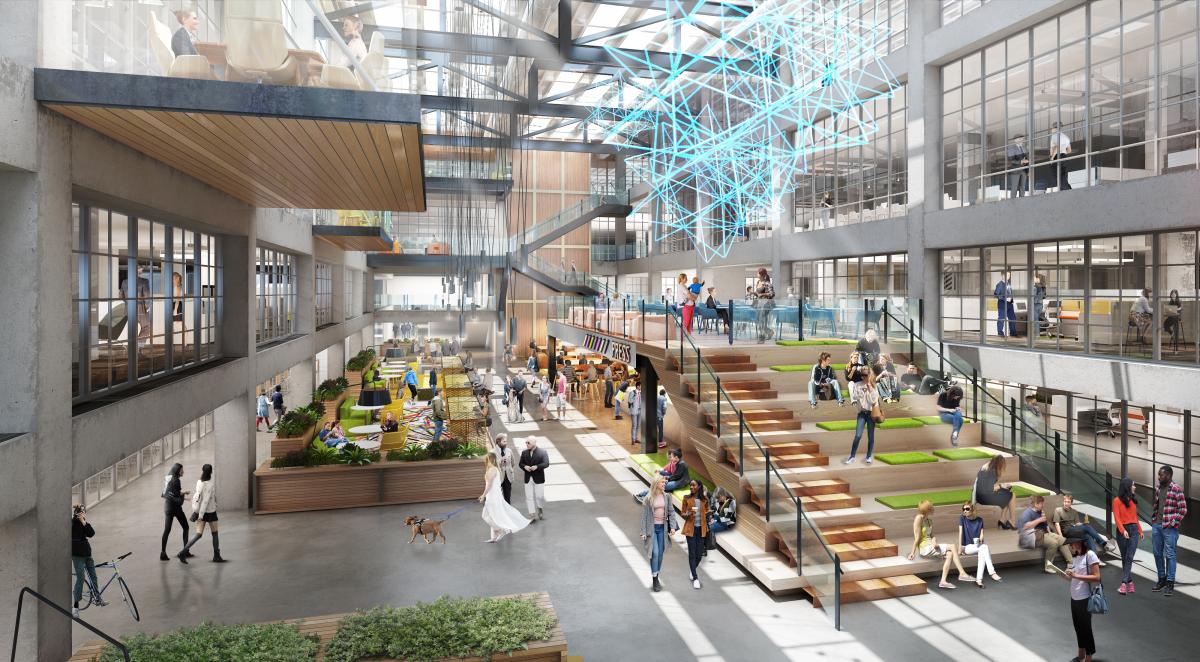 A striking addition to the ask is $500,000 to be contributed to a BPDA-administered fund that can be used for facilitating design and capital improvements at and adjacent to the MBTA's JFK/UMass Station, providing and supporting public open space improvements in and around the Columbia-Savin Hill neighborhood; and support local non-profit organizations. The design and capital portion could include amenities like improvements to accessibility, lighting, bike/pedestrian access, adjacent programming underneath Interstate 93, station platform access and layout, bus platform and layover space, and public realm improvements proximate to the station.

On the accessibility and transit side, Nordblom would fund and provide a new Hubway bike share station in or near the site. A new multi-use path between the BEAT and Patten’s Cove would better connect Savin Hill, with an interim multi-use path planned along the Morrissey Boulevard frontage until the state Department of Conservation and Recreation’s (DCR) reconstruction of Morrissey Boulevard is completed.

Nordblom would also commit to working with DCR on completing the design for Morrissey Boulevard along the site, including the state’s latest design for sidewalks, bike lanes, street trees, lighting, and interim pavement markings. The cracked asphalt sidewalk along 75-77 Morrissey Blvd. would be replaced with an accessible concrete sidewalk and new curb.

The building owners would provide and maintain a publicly accessible playground for toddlers and an enclosed dog park/run at or around the end of Wave Avenue, as well as adopt Patten’s Cove for at least 10 years.

And an unsurprising note in the agreement: no large commercial billboards would be built on the BEAT site.