Ashmont residents and cycling enthusiasts may have noticed a familiar face in new digs in recent weeks with the neighborhood bike shop Ashmont Cycles moving into storefront space in the Treadmark building.

On Aug. 25, owner Jack Pelletier officially opened the doors at 1977 Dorchester Ave., just a stone’s throw from his former site on Talbot Avenue next to Ashmont Grill, where he had operated since setting up shop in 2011.

Pelletier said in an interview that the new shop gives his employees more room to work, provides ample natural light thanks to a row of storefront windows, and overall creates a better shopping experience for customers.

“The other space was initially built as a working garage; my shop was basically one of the bays of the garage, so it was pretty tight with low ceilings,” he said. “Here, there’s obviously more room and there’s just a better flow for people walking in and out.”

Inside the shop, bicycles hang from a ceiling rack by the windowfront while a display behind the counter offers a wide array of parts, tools, and accessories. In a back room, Pelletier and his small staff – a handful of grease-stained teens, including his son Isaac – tinker with bikes.

Pelletier acknowledged Carl Micci of Micci Fuel, his former neighbor, for his “tremendous support” over the years, and also thanked Trinity Financial and Greater Ashmont Main Streets for their assistance with the move.

The shop’s relocation comes in the wake of a biking boom ushered in by the pandemic. That spike in customers has boded well for Pelletier, but it’s also led to supply shortages.

“This summer’s been crazy in the bike industry, not just for me, but for the nation and, I’ve heard, globally,” he said. “And I’ve heard this about other outdoor activities too, people buying kayaks, RVs. We’re really low on new bike inventory, and we’re just waiting for manufacturers to have new inventory to provide. Parts from my suppliers, too, it’s been hard to get, stuff like tires, pedals, brakes.” 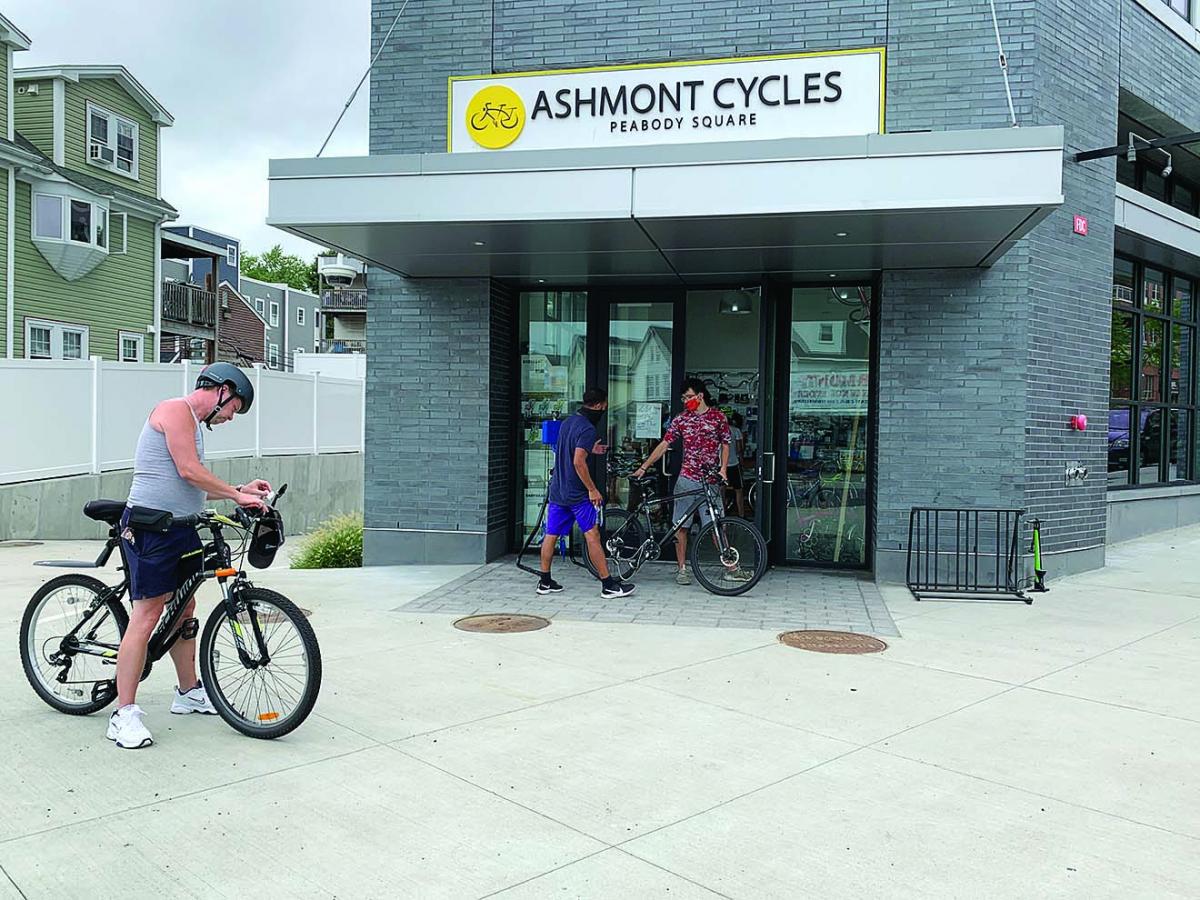 The new Ashmont Cycles location in the Treadmark building.

Pelletier pointed to a decrease in car traffic in the early stages of the outbreak that may have made people “feel more welcome on the roads,” as well as some folks opting to bike over taking public transit for safety reasons, with others escaping the indoors on two wheels after becoming “stir crazy.” All of those factors spell success for Pelletier, who is optimistic that the trend will stick.

“Bike sales have been up. I took on more staff this summer than I’ve ever had.”

Dorchester resident Leon Samuel was at the shop last week with his seven-year-old daughter, Nicoliah, buying a new part for his bike.

“We’ve been going to the old location for years and it’s always been a good neighborhood business,” said Samuel. “I consider myself more of a biking novice, but they’re good at diagnosing what you need. I just rely on their expertise.”

For Pelletier, after nearly a decade in Ashmont, moving the shop to a location outside the neighborhood was unthinkable.

“Since opening, the neighborhood’s been just so great. I didn’t consider moving elsewhere.” 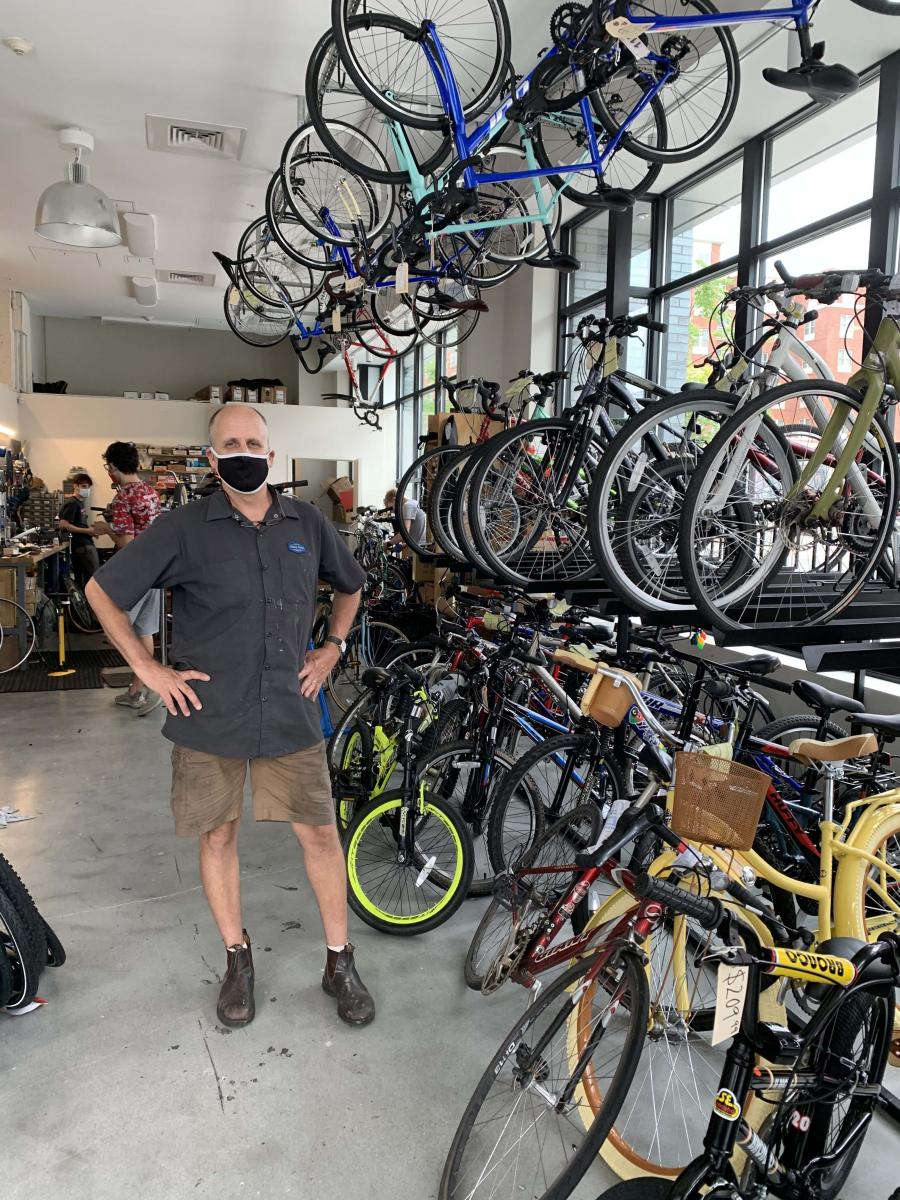