Skip to main content
Katie Pedersen, Special to the Reporter

Mayor Wu joined a speakers’ program during which Seals was recalled lovingly by family and colleagues before a banner featuring him in action as an NBA player, at right, was hung on the wall next to his former office in the club’s gymnasium. A pair of sneakers that he wore in his playing days was also mounted to the gym wall.

A native of New Orleans, Seals played basketball for Xavier University, the Utah Stars, and the NBA’s Seattle SuperSonics. After winding up a successful career with a stint in a Italian basketball league, he moved to Boston with his family in 1990, then worked for the next 30 years at the BGCD’s Marr Clubhouse building on Deer Street where he touched thousands of young lives on court and off.

Bob Scannell, president and CEO of BGCD, called the event, which included a basketball clinic for club members run by the Boston Celtics, “bittersweet.”

“Bruce’s impact on kids of all ages is unmatched,” said the man who hired Seals. “He made time for everyone. No matter how busy he was, he was going to take the time and listen to and help each child who was in his presence.

“Far more important than basketball for Bruce was his mentoring and being a role model to the kids at the club,” Scannell said. “When I think of Bruce, I think of him simultaneously crouching down to comfort a crying toddler and mentoring a teen who may have been making wrong decisions that day. He really cared. He always said, ‘I’m never leaving here.’”

Wu presented Seals family members with a posthumous citation from the City of Boston that cited his’ “lifetime of mentorship and dedication to fostering youth to be the next generation committed to service.”

Added Wu: “In his passing, Boston lost a great champion of children, but continues to gain the legacy of his work in the next generation he fostered. From the city of Boston, we honor your life’s work and dedication to our youth as a model of citizenship everywhere.”

Later, she said, “It’s incredible to see so many people come together tonight to celebrate Bruce’s life and legacy. He was a fixture for 30 years at the Boys & Girls Club, and has changed thousands of lives, has opened doors, and continues to live on in so many of our community members of Boston. He not only taught athletic fundamentals—he also served as a father figure to so many.”

John Karalis, a former player on the Emerson basketball team that Seals coached for 17 years, offered his own tribute. 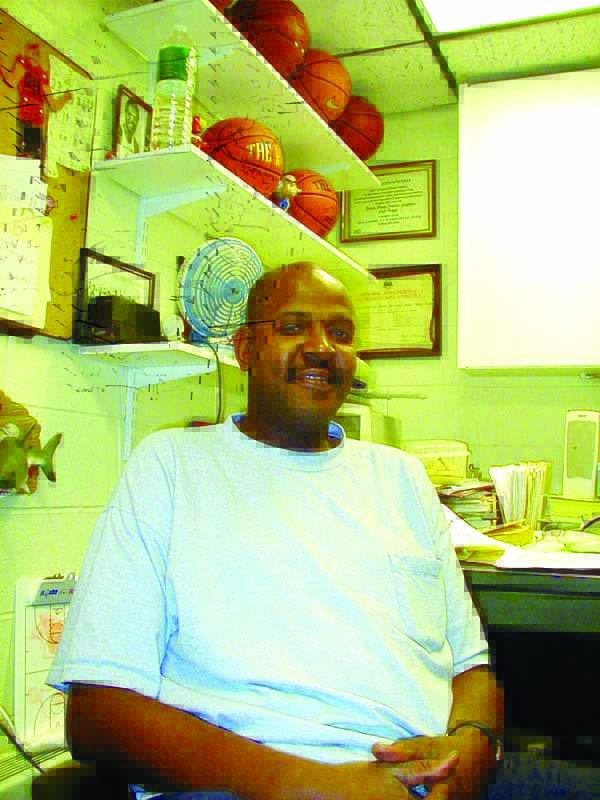 Bruce Seals, who died last December, was a fixture at the Boys and Girls Clubs of Dorchester for three decades.
Bill Forry photo

“I wanted to speak from the heart, because that’s where Bruce is for me,” Karalis said. “He taught me so many things off the court. Bruce connected with people. He became part of their lives. What we have here is someone who has achieved a level of immortality because he lives on through all the people he’s touched. The kids that he has worked with and mentored are going to turn around and do the same for others. That is a true legacy.”

Karalis said that he and his former teammates have contributed to a scholarship fund that has been set up in Seals’s name to benefit members of the Dorchester club “because we knew how much this meant to Bruce. The only way we could properly honor his legacy is to continue the work that he did here.”

Max Barbosa, a BGCD alumnus who now works at the club, remembered Seals as a “friend, a mentor, a father figure, and somebody I had a lot of love for.”

Seals’s children, Denitra Seals and Bruce Seals, were on hand and spoke about his love for the neighborhood that became his adopted home.

“My dad worked here for 30 years,” Denitra said. “That’s a very long time. There aren’t that many organizations that have this many employees that stay this long. It is truly a blessing and I would like to say that he enjoyed every moment here. He loved coming to work. It’s a blessing to be able to see this organization—many, many thousands of people— reciprocating this love back. It speaks volumes.”