A home at 19 Ashland St. in Clam Point will be considered by the Boston Landmarks Commission for designation as an Architectural Conservation District.

Two petitions filed last week with the Boston Landmarks Commission are requesting that the agency designate two Dorchester properties — one at 19 Ashland St. in Clam Point and the other at 29 High St. on Meetinghouse Hill —as Architectural Conservation Districts.

The Clam Point property, described as “The Blue-Cross Blue-Shield Building” in the petition, is a two-family duplex built in the 1800s. According to the Dorchester Atheneum, a 1977 Boston Landmarks survey described the property as an “earlier brick Federal 5 bay house with later Italianate modifications such as a bay window on the east side and a frame wing to the rear” and noted it was “one of two Federal brick houses in Dorchester.”
The Meetinghouse Hill property, known as the “Robert Swan House,” is a multifamily home built in 1899. 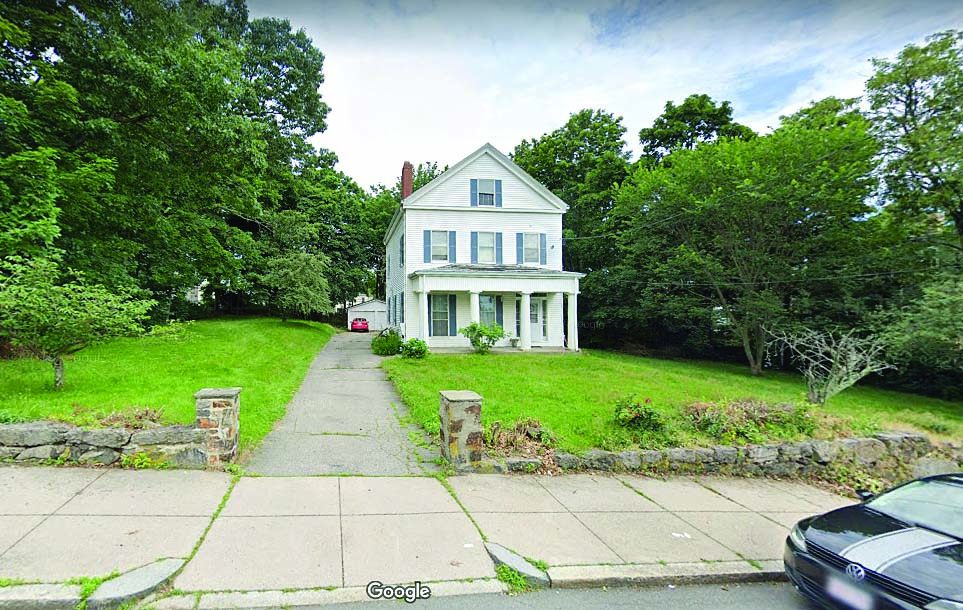 Preliminary hearings for each of these properties will be held in a virtual format next Tues., Jan. 12, at 6 p.m., at which petitioners will have an opportunity to present to the Commission why the subject properties should be designated.

Following the preliminary hearing, the Commission will vote on whether to accept the petitions for further study. If accepted, they will be placed on the Commission’s list of properties requiring the preparation of a study report.

The purpose of the study report is to examine the property’s architectural and historical significance as it relates to the criteria for designation.

For more information about the designation process, email Commission staff at BLC@cityofboston.gov