Incoming Supt. Mary Skipper comes from a talented group of educators that ‘were raised’ in Boston Public Schools in the early 2000s. That group includes people like the Chelsea Supt. Almi Abeyta and DESE Commissioner Jeff Riley – who both worked side-by-side with Skipper in BPS. On Thursday, Skipper accompanied Mayor Michelle Wu to the Mattapan Coffee Hour to meet and greet residents. (Seth Daniel photo)

Mary Skipper, Boston’s incoming superintendent, has been making the commute from her home in Dorchester to Somerville as that city’s superintendent for the last seven years.

But a big part of her heart has always remained in Dorchester, with TechBoston Academy, where she was the founding headmaster, and with the rest of the Boston Public School (BPS) system.

On Wednesday night, the Boston School Committee voted 4-3 to name her to the top education job in the city. The next day, after appearing in front of TechBoston by Mayor Michelle Wu, Skipper was out and about amongst Mattapan residents at the Mayor’s Coffee Hour event.

In an interview with the Reporter, Skipper talked about the neighborhood she’s lived in for nearly 30 years.

“It's been an amazing seven years in Somerville and it is the physical place I grew up,” she continued. “That felt like going home in a different way and this feels full circle.”

A longtime colleague, Chelsea superintendent Almi Abeyta, worked closely with Skipper in BPS for many years, and worked as an assistant superintendent under her in Somerville before leaving for Chelsea in 2019.

“We all talk about how we ‘grew up’ together and learned about leadership in BPS, so there has always been an affinity between us,” Abeyta said. “When we worked together in Somerville, there was that Boston connection. We were in Somerville but would watch Boston from Somerville…Mary always kept a love and an eye on BPS.”

Known by her colleagues only as “Skipper,” Abeyta said Skipper is one of a large group of talented educators who came up during the early 2000s in BPS. That group also includes Department of Elementary and Secondary Education (DESE) Commissioner Jeff Riley, whom Skipper will need to be working closely with in the coming years under the new state improvement plan.

“There has always been a bond between those of us that ‘grew up’ in Boston around that time,” Abeyta said. “Mary has a huge advantage as superintendent because she knows the lay of the land in Boston.”

Skipper said her heart remains with TechBoston, where she worked for many years and transformed that school into a model program in the early 2000s. She noted a shooting incident occurred there in the parking lot last spring when a student and a teacher were hit by gunfire while boarding a fan bus to attend the boys’ playoff basketball game.

She said with that in mind, they will be doing lots of training, supporting staff and being visible each day to school communities.

“My hope is we’re going to work hard to make sure every student runs into school every day excited, wants to be there, feels safe being there, has deep relationships with teachers and staff,” she said.

A key part of her early plans will be to focus on school safety – something that has been at the forefront this year due to multiple violent incidents in and around the public schools.

“When we started at TechBoston in the old Dorchester High School I think safety was paramount,” she said. “It took a while to build the trust with the community that we were about making sure students were safe. I think we’ll do a lot of training with staff. We’ll work on de-escalation. We’ll work on trauma and how to recognize (trauma).”

She said with the help provided and promised by the city, she is “confident” they can make students feel safe in school buildings, and even outside school buildings in their communities.

She stopped short of saying they would bring back the Boston School Police, which some parents and activists have been calling for. The School Police were dissolved in July 2021 when the district refused to train them to the standards of the new Police Reform Act. Instead, the district now has school safety officers, and Skipper said they would look at bolstering that program. 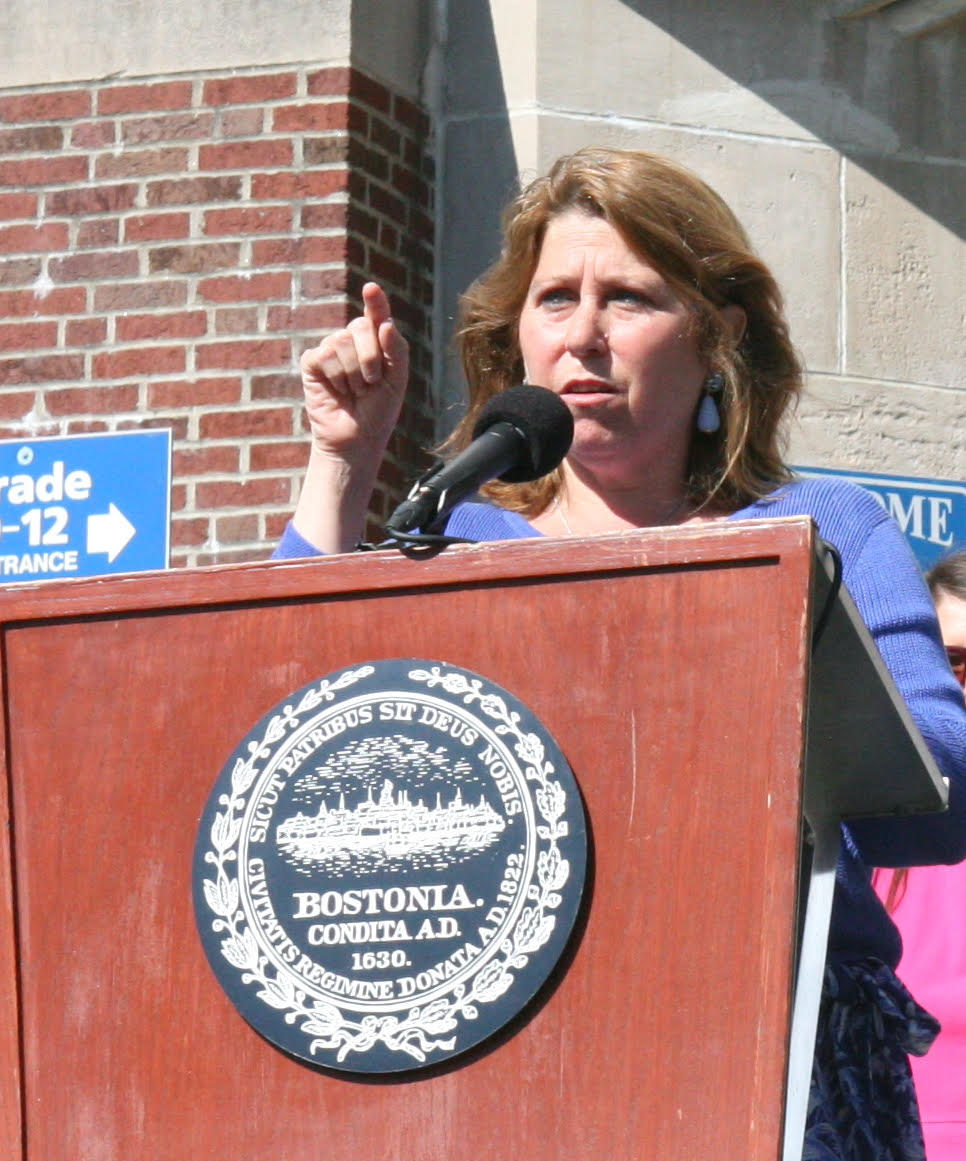 “We have school safety officers,” she said. “I will be looking at that and talk about how we are able to bolster that and how are we able to support and make sure everybody is trained – that they’re working in concert with our school administration in our buildings. I think there’s a lot of work and we’ll do it together.”

Responding to a query about what she is currently reading, Skipper said she has just finished a book about homelessness. She said Somerville has seen an uptick in student homelessness, as Boston has also.

She said that, too, would be something her office will be thinking about a lot.