The city-owned vacant lots and the health center parking lot on Old Road and Ellington Street would house a new health center with housing above under a new plan unveiled by Harvard Street Neighborhood Health Center recently.

Charley Murphy: Focused on the re-start

Harvard Street Neighborhood Health Center has partnered with a non-profit development agency to reignite an old plan that would rebuild the Blue Hill Avenue health center, but this time with housing above two new buildings.

The news comes just as Blue Hill Avenue is a major news item with the corridor set to undergo major planning over a several years and, hopefully, construction on the roadway configuration, sidewalks, public transit, and vacant lots.

In that vacant lot category, Harvard Street is looking to act on its long-time designation to develop two city-owned lots (8 Old Rd. and 14 Ellington St.) in a project that “derailed” during Covid-19.

Harvard Street CEO Charlie Murphy said that since returning to lead the health center in 2021, he has been focused on re-starting the building project. “We reconvened with the city and decided at this point to partner with an affordable housing developer, which is The Community Builders (TCB),” he said. “We partnered with TCB, and the plan is to build a new health center in two phases that would include upwards of 80 units of affordable housing. We’re still working out the housing, but there’s discussion of senior housing for one phase and family housing for the second phase.” 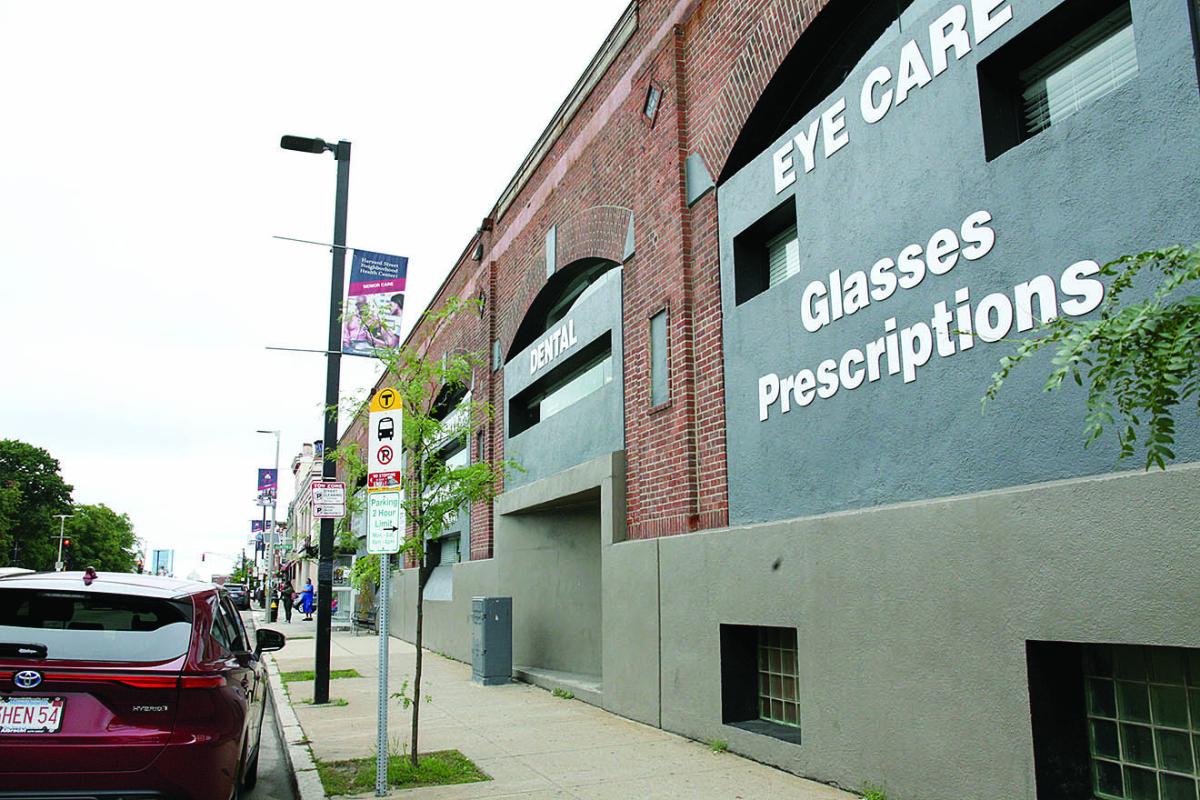 Phase 2 of the modernization project would include demolishing the existing health center building at 632 Blue Hill Ave. and rebuilding it with health center functions on the first floor, and housing above.

He added that it’s still very early in the process and they would likely do official notices in October. The planning processes would preferably be one process for both phases so they can “roll from Phase 1 to Phase 2” with all the approvals in place.

“If we use a sports metaphor,” he said, “we’re in the bottom of the second inning. Best case scenario is we have shovels in the ground in the summer of 2024.”

City Councillor Brian Worrell, who lives only a few blocks from the proposed new campus, said he is excited to engage with the community and the health center about what could emerge.

“The Harvard Street Health Center plan is a great step forward to meeting the affordable health care needs of District 4,” he said. “One of my top priorities is bringing reliable and affordable care that our community deserves. This, and future projects, must continue to highlight the powerful voice of our constituency. We can only build when we have the input and ideas of our community. I am excited to explore this idea with our residents and look forward to an engaging community process to continue to address the housing needs and introduce future homeownership programs to build a better District 4.”

Phase 1 of the project envisions a new building on the city lots and the existing health center parking lot at Old Road and Ellington Street – property that is vacant and underutilized now. Harvard Street was designated to build on the site in 2016, and originally planned a single, $26.8 million health center, but now will work on the new plans. The health center would include family medicine, dental, specialties (OB-GYN, eye clinic, and Podiatry), lab, and pharmacy. Depending on what is approved, they would put several units of affordable housing on top of the center.

Phase 2 would include demolishing the existing building at 632 Blue Hill Ave. and constructing a new one with more health center operations on the first floor and housing above. The specialties there would include behavioral health, administration, and other functions. While that is being constructed, the existing health center functions would likely move to the Harvard Street building at 895 Blue Hill Ave. The Veterans Service outreach would likely remain at 895 Blue Hill Ave. even after all the construction is done, he said.

Murphy said he and his board see the project as transformational and something that adds a huge new component to the ongoing Blue Hill Avenue discussions.

“It’s absolutely a transformational project for the neighborhood and the corridor of Blue Hill Avenue,” he said. “It will really help the corridor in the grand scheme. Housing is important given the needs and the health center is important.

“We’ve been here more than 50 years. Our staff and patients deserve a better facility. It’s a nice old building and we do what we can, but it’s falling apart.”

Murphy said they would fund Phase 1 using a combination of potential ARPA federal Covid monies, New Market Tax Credits (up to 20 percent of the project), and income from an upcoming capital campaign. He noted that the center has no debt now and owns its building outright. He said they would be willing to take on a small amount of debt if needed to get the project completed.

Phase 2 would have a separate funding mechanism, but likely in the same vein.