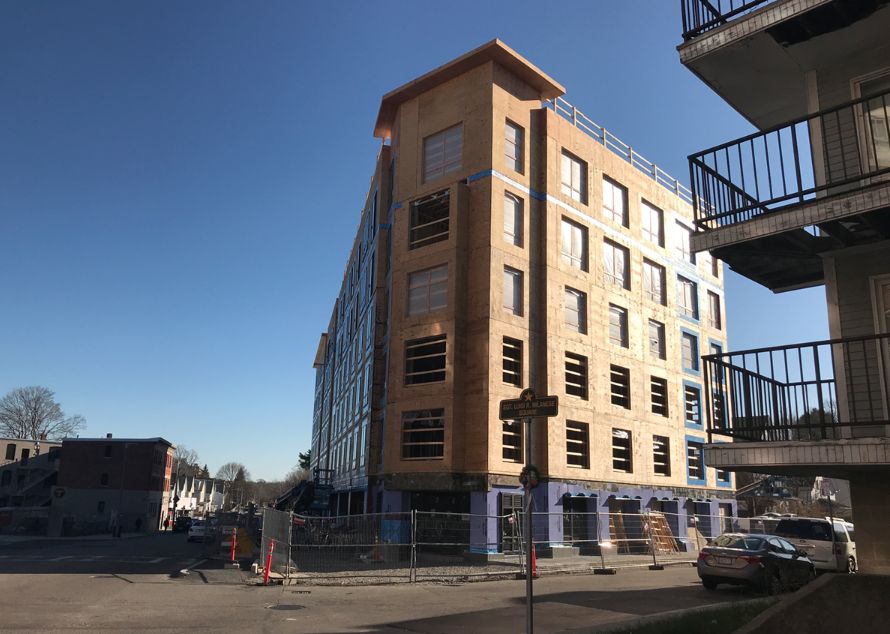 Above, the Treadmark building—2.0— as seen on Dorchester Avenue on Monday afternoon. Maddie Kilgannon photo

It has been 10 months since a long-duration fire destroyed the Treadmark building on Dorchester Avenue. Boston Fire officials later determined that the June 28, 2017, fire was caused by faulty construction around a hot exhaust pipe. Sprinklers, which would have suppressed the fire in its early stages, had not yet been turned on.

No one was injured, but the incident itself was demoralizing for the neighborhood. Acrid smoke caused businesses to close their windows as far away as Adams Village. Dot Ave. was closed off for blocks. The building burned for hours. Watching fire, smoke, and water consume the six-story building – which was days away from welcoming its first residents – was traumatic.

The Treadmark, which replaced what was for many years the site of Ashmont Tire, was planned and built by Trinity Financial, Inc., with plenty of input from the community. It was precisely the kind of development that Dorchester people want to see in our neighborhood. Many of our neighbors attended meetings to help design the structure; we knew people who were set to move into the newly completed residences, which included a mix of top-floor condos and lower-floor apartments. The units on floors 2 through 4 were rented to income-eligible people selected through a city lottery.

That’s 83 new units of housing in total— with 51 rentals available for people who make “up to 60 percent of the Area Median Income (AMI).”

The project was to include ground-level retail with space for American Provisions, a small grocery store that promises new options for consumers and jobs for local people.

It was all good – until it went horribly wrong. 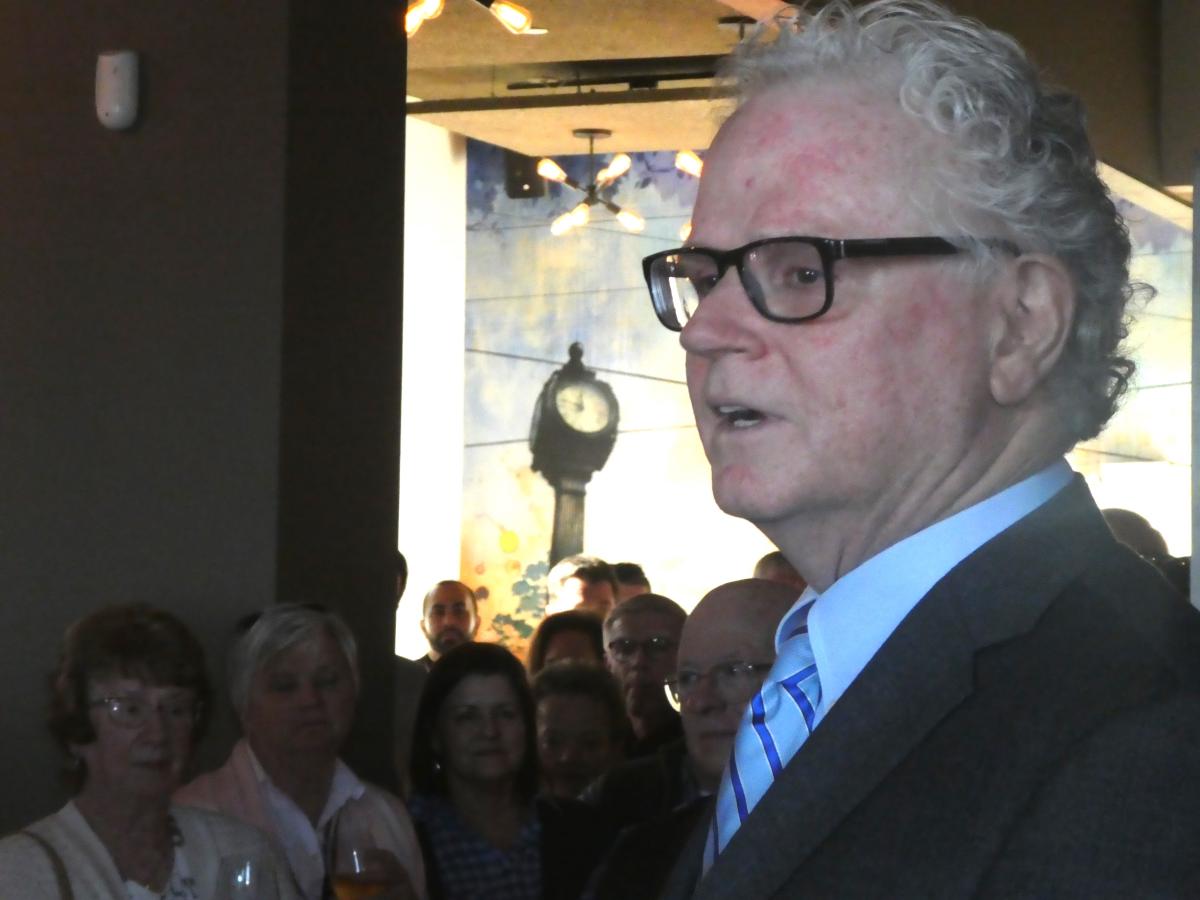 In less capable hands, the story could have ended there, an unwelcome new chapter in an old tale of urban blight. Instead, this week, the Treadmark builders and about 90 supporters raised a toast inside Tavolo restaurant to a major milestone: the halfway mark of the construction of Treadmark 2.0. The “topping-off” party included remarks from Jim Keefe, the Ashmont Hill resident who is the president of Trinity.

“We’re only half way there,” said Keefe. “But we are celebrating today because it looks like a real building. Now, we have to turn that building into people’s homes.” Construction work is expected to be finished by November and Trinity expects that all of the for-sale units will be under contract within the month.

The silver lining to the fire and its aftermath, Keefe told the crowd, was the response of the community to what had happened. From those first agonizing hours, Dorchester people refused to accept the incident as anything other than another hurdle to clear.

“A lot of people have shared our pain on this,” said Keefe. “One of the reasons we survived those dark days were the unsolicited texts, phone calls we received to tell us they were behind us….Even to this day, as we rise from the ashes, people I don’t know tell me on the street how happy they are to see this building rising again. It’s a roller coaster ride as a building, as a neighborhood, but we’re all in this together.”

Keefe and his Trinity team deserve our gratitude for committing their full energies to clearing the ruins and starting anew. People like to say that Dorchester is the new “hot” neighborhood in the city. But Trinity has been here for decades, living here as our neighbor, investing in projects like the Foley Senior Residences, Mattapan Heights, the Star Market in Lower Mills and the Carruth Building at Ashmont, all game-changing projects for our community. The Treadmark will soon join that impressive portfolio.