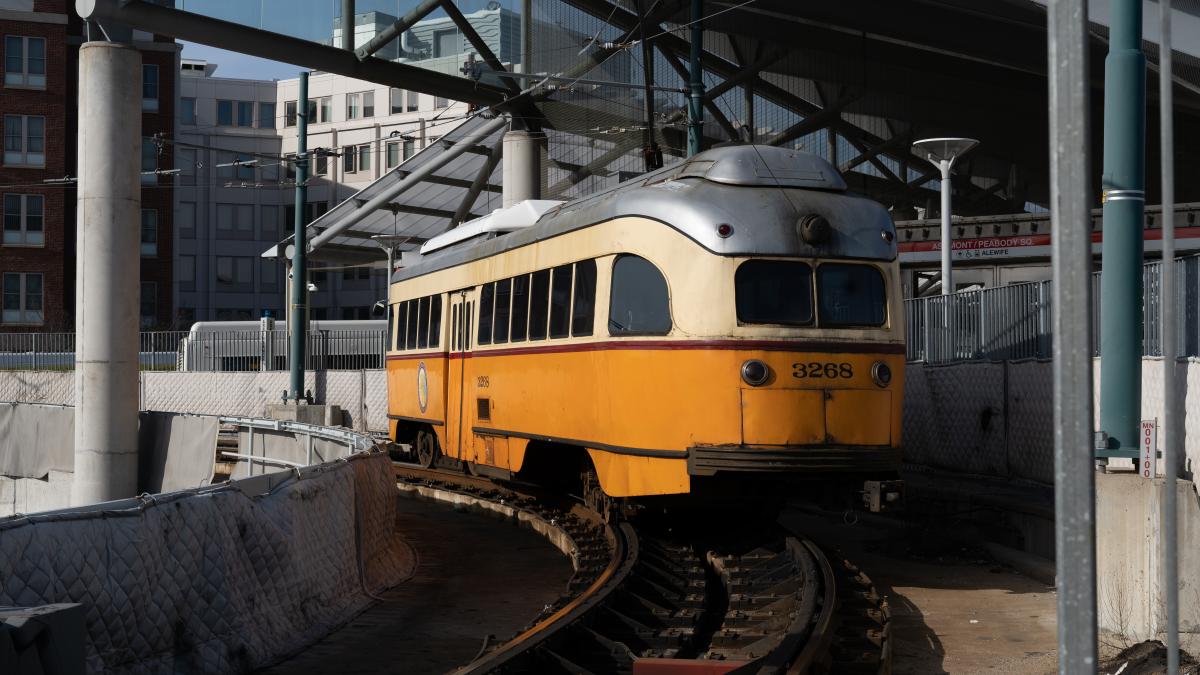 Two years ago, MBTA management commissioned a study to determine the best route forward for the Ashmont-Mattapan trolley line. They promised to keep an open mind and to include the popular 1940s-era PCC cars running as they evaluated options. They also pledged to keep the ongoing operation of the PCCs as a possibility for the future.

T officials have lived up to their promise. On Monday, they laid out a series of options for the line’s future, ranging from keeping the existing PCC cars in operation indefinitely to paving the right-of-way and introducing electric buses.

Neither of those two outcomes is likely, based on the current thinking of T management. Sometime in the next few months, they will ask the Fiscal and Management Control Board to take a vote that will deal with what they term a “transformation” of the Mattapan High Speed Line. That vote will likely validate the T’s preferred alternative: Keep the revamped PCC trolleys running the 2.6 mile route for the next 8-10 years and then replace them with newer-generation Type 9 light-rail vehicles in the late 2020s. The Type 9 vehicles will start their MBTA service on the Green Line and then be swapped over to Ashmont-Mattapan when even newer trolleys are cycled later over the next decade.

It’s a reasonable, fiscally prudent, and fair plan. Critically, it locks in the use of light rail on the Mattapan-Ashmont corridor for decades to come. The more likely alternative— a dedicated asphalt bus path— is unpopular and, surprisingly, more expensive than keeping the light rail right-of-way.

Introducing a more modern fleet of ‘Type 9’ vehicles makes sense. They can run on the existing Mattapan-Ashmont tracks and they can be more easily maintained. There will need to be upgrades to infrastructure along the line, including a new maintenance facility, but that was going to be required in any eventuality. Existing bridges can carry the heavier trolleys with some reinforcement, T officials say.

There will be some who find parting with the PCC trolleys a hard pill to swallow. They are, undeniably, iconic.

In 2017, I wrote in this space: “The actuarial tables we use to conjure our own fates don’t always apply to the machines our grandparents built. If only we could get a fresh wrap of sheet metal or a kit to rebuild our chassis to buy us 10 more years, right? Maybe that’s part of the reason the line has burrowed its way into this neighborhood’s hearts. It’s timeless in a way not even the heartiest and luckiest of us can ever hope to be.”

But I also counseled: “Sentimentality alone won’t win the Mattapan line an indefinite stay of execution.”

In point of fact, the line itself— under this plan— will live on, but with newer, safer and more accessible vehicles. The American built PCCs, which started rolling during World War II, will have an appropriately long duration sunset tour for the next decade. It will end, we hope, with a proper retirement: museums, perhaps even return engagements on the line for special occasions. Maybe an enterprising local will convert a PCC into a diner or a food truck.

Whatever the case, we are satisfied that the result here is a good deal for the riding public, the state transit agency, and for the communities served by the trolley line. Public meetings will begin soon to seek input from you and your neighbors. Watch for details in this space and come out and make your opinions known.

Bill Forry is the editor and publisher of the Reporter.