When people say politics is like making sausage, kielbasa maker Danny Morris just smiles. On a recent shift at the deli he has worked at for more than a quarter century, he runs 20 pounds of pork butt through a grinder and into a pig intestine – no preservative, and definitely no politics.

“We sell this for $5.99 a pound,” Morris said as he guided the kielbasa out of the machine. “I just went out and bought hot dogs wholesale that were like $6 a pound, and that’s not natural. But this here, you know what you’re gonna get.”

Housed in a plain one-story brick building on Boston Street, DJ’s European Market looks like a garage from the outside. Walk inside and it’s a window into another time. Row after row of colorful canned goods line the shelves; there’s a rack of fat Polish donuts behind the register; and in the back, a deli with a dozen varieties of kielbasa on display.

The deli is one of three in the Polish Triangle, which for a century has been a destination for waves of Polish immigrants seeking a new life in America. But as housing prices have soared, the number of Poles living in the enclave – a roughly 13-block area enclosed by Columbia Road, Dorchester Avenue, Boston Street, and Andrew Square – is a fraction of what it once was.

Now the deli is preparing for an expansion that the owners hope will allow the business to survive into a third generation of family ownership, and keep old traditions alive. 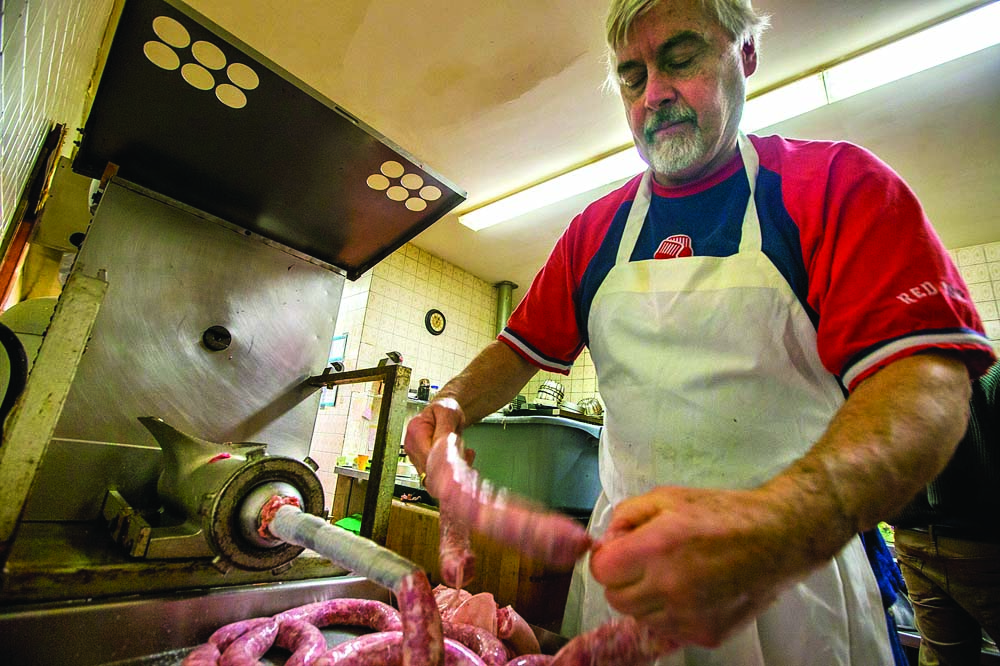 “I’m actually Polish,” laughs Michael Zementovsky, a construction worker who came into the deli wearing a hard hat and a reflective jacket. He is working at a site just a few blocks away and he says the sandwiches here are enough to power him through the day – and they’re affordable. (A large kielbasa and sauerkraut sub is $6.15.)

Zementovsky has been working for months at the $200 million South Bay development, just outside the Polish Triangle a few blocks from the deli. South Bay has already brought a 12-theater cinema and a Starbucks to the neighborhood, and 475 residential units are on the way.

South Bay is a big change for the neighborhood, and some of the old timers have been skeptical.
“At first I didn’t like [the development] because I didn’t know what to expect, because everything was so quick and we didn’t’ know… how it would change the neighborhood,” said Stasia Kacprzak, president of the Polish American Citizens Club.

But once the building at South Bay started taking shape, Kacprzak said, she came around to see it as a step forward.

South Bay is one of the area’s biggest developments in years. But it’s only the latest chapter in the transformation of the area that includes the Triangle – from a blue collar residential/industrial neighborhood, to a place that looks increasingly like gentrified South Boston.

Housing prices here have increased by more than 50 percent over the last decade, according to Zillow, and half as many Polish people live in the Triangle, according to the Census.

“It’s not a big Polish Triangle like it used to be,” Kacprzak said. “A lot of people have moved away, the younger generation has moved away. People got married, they bought homes.”

“The new generation has a little bit more modern ways of doing… I’m trying to preserve some of it.” 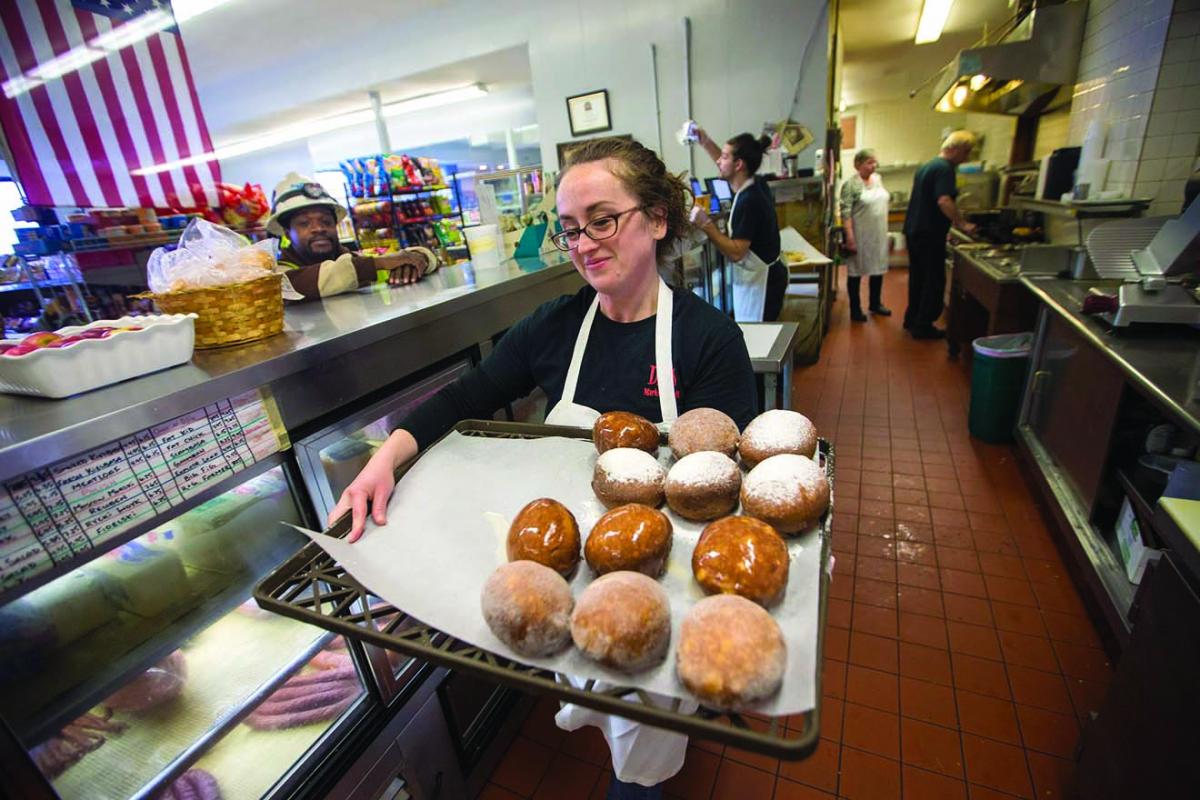 Keeping up with the times

The Polish club is facing the same challenges as the deli down the street. They recently renovated the interior of the building to help welcome new faces – Polish or not.

“We have to provide for the new people that are coming in,” said Kacprzak, the first female president of the Polish club since it opened in 1939. “You have to change with the times, because if you don’t, you won’t have anything.”

That’s a message that resonates with Alina (Jurczuk) Morris. She took over the Polish deli from her father, who bought it in 1979. Morris said business is good thanks to all the development going on. 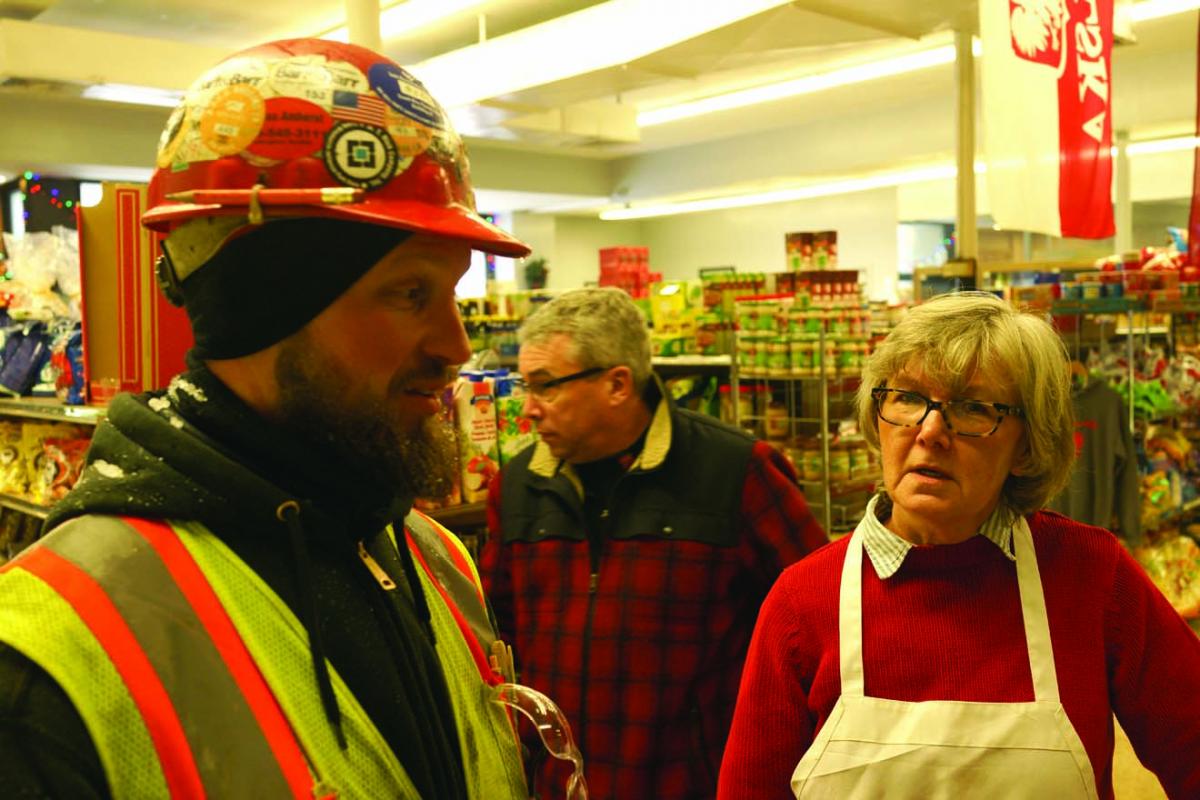 “We have to get ready for when the construction is done,” she said, “and then we just have the residents that have moved in, just be ready to serve and sell whatever their needs might be – so that we could survive.”

Morris said the neighborhood has changed so much that half her customers are newcomers. The anecdote is backed by Census numbers. Median household income in the Polish Triangle has nearly doubled in recent years, to $65,000.

“When my father was here, his biggest lunch customers were the construction workers, the police, the Fire Department…big heartier guys that need a big sandwich,” Morris said. “What’s moving into the neighborhood is younger professional guys, and girls, that don’t eat that way. So we will have to, yeah, adjust a little bit.”

The Morrises’ little adjustment will actually be a big renovation that will nearly double the size of the market. The deli will continue with its affordable Polish offerings and sandwiches, while a café in the adjacent space caters to the changing clientele.

Dawn Morris is the baker in the family and plans to run the café, which will open in the summer and still doesn’t have a name. “It will offer teas, coffee, we might do a light breakfast,” she said, her eyes flashing with excitement. “I would love to make a really good waffle and top it off with anything like fresh fruit and stuff like that, and then I’ll have little baked goods, like the Polish donuts will be coming into the bakery.”

Her mom, Alina, interrupted with a grin: “I think you’re gonna sort of have to keep the Polish, especially if you’re next door here.”

The Morris family welcomes the changes happening to the neighborhood where Alina first settled as a seven-year-old girl from Poland. Deli manager Jordan Hislop talks with one of the new customers, Tyler Evans, about the cultural importance of a spot they say first opened in the 1930s.

“We’re getting a whole new variety of different people because there’s condos being built everywhere...And I think the deli is kind of just maintaining the older element, in a style that is just kind of hard to come by,” Hislop said. 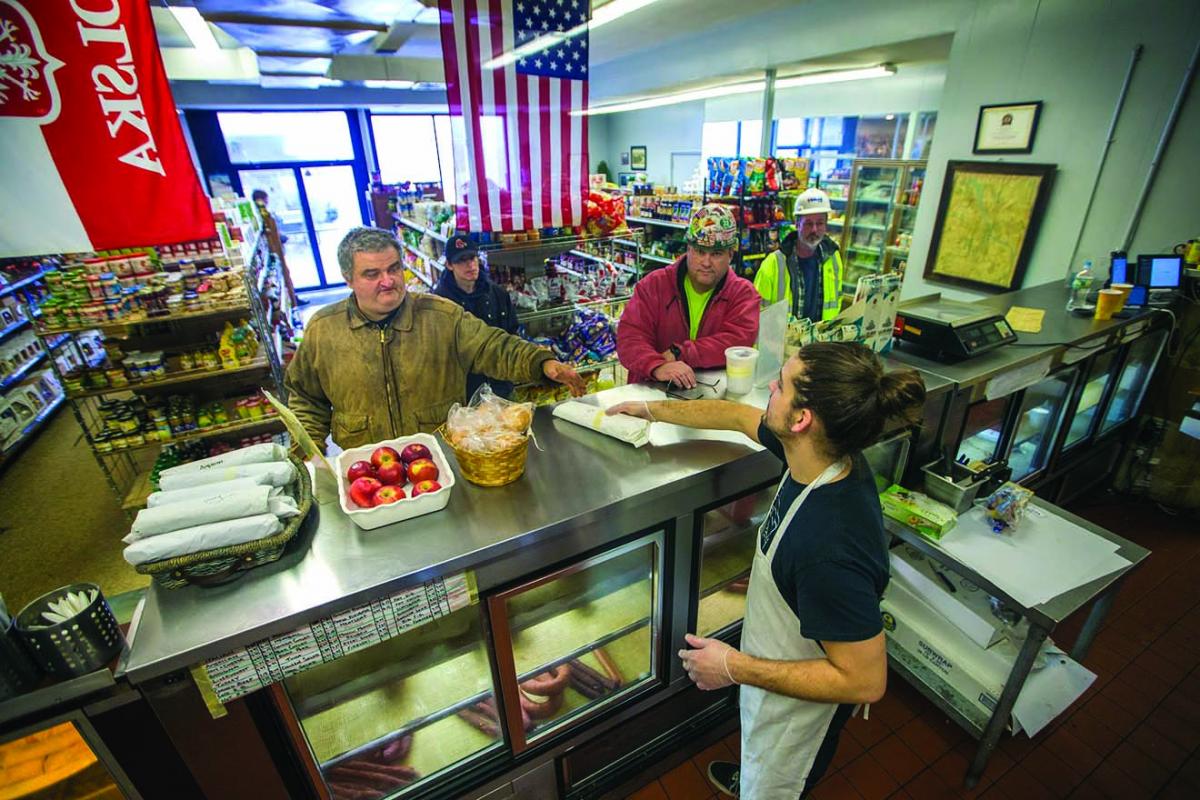 Evans works at a boutique bike factory — Firefly Bicycles — that opened up shop across from the deli five years ago. Now he says he’s looking forward to having a cafe across the street, especially if it means he can keep buying the kielbasa that has become a staple in his kitchen. “I’m excited for their growth and that they’re going to be offering more to the community,” he said. “Definitely the community is growing, and I’m pretty excited to see what comes of it.”

Despite the decline in the number of Poles living in the Triangle, some say Polish cultural activity has actually increased.

Marcin Bolec came to Boston 20 years ago and edits the White Eagle, a local Polish language newspaper. He stands at the tip of the Triangle in Andrew Square, where there’s a small sign recognizing the neighborhood. “People may not live here physically as they used to 100 years ago,” he said, “but they’re… still coming back here for the Polish [language] school every week, for the Polish church, for the Polish delis, for the Polish events. It’s still the heart of the Polish community in Boston.”

The Reporter and WBUR 90.9FM, Boston’s NPR News Station have a partnership in which the news organizations share resources to collaborate on stories. Simón Rios is a WBUR reporter who is currently working from the Dorchester Reporter newsroom. He may be reached at srios@wbur.org.