Totto Ramen South Bay is the latest eatery with a local connection to open up at the shopping complex’s budding Town Center commercial district.

The owner of the noodle shop — a New York-based franchise that already has locations in Allston and Somerville — is Nghi Nguyen, a Dorchester native who grew up in the St. Mark’s neighborhood and owns the other two Boston-based shops as well.

Still, the 37-year-old Nguyen said in an interview at the eatery site, opening one near to where he was raised is special.

“Before all this came, this used to be a giant Super 88 supermarket,” he said, gesturing to the buildings around him. “And then when the landlord approached me about coming back here, I saw that the area’s pretty much getting gentrified and that Dorchester’s sort of evolving.

“To be able to be a part of that growth, and to bring a different type of cuisine to the community was a big deal for me. And, you know, everybody wants to go home in some way. So, coming back here, literally at a place where I went grocery shopping at as a kid, it’s pretty cool.” 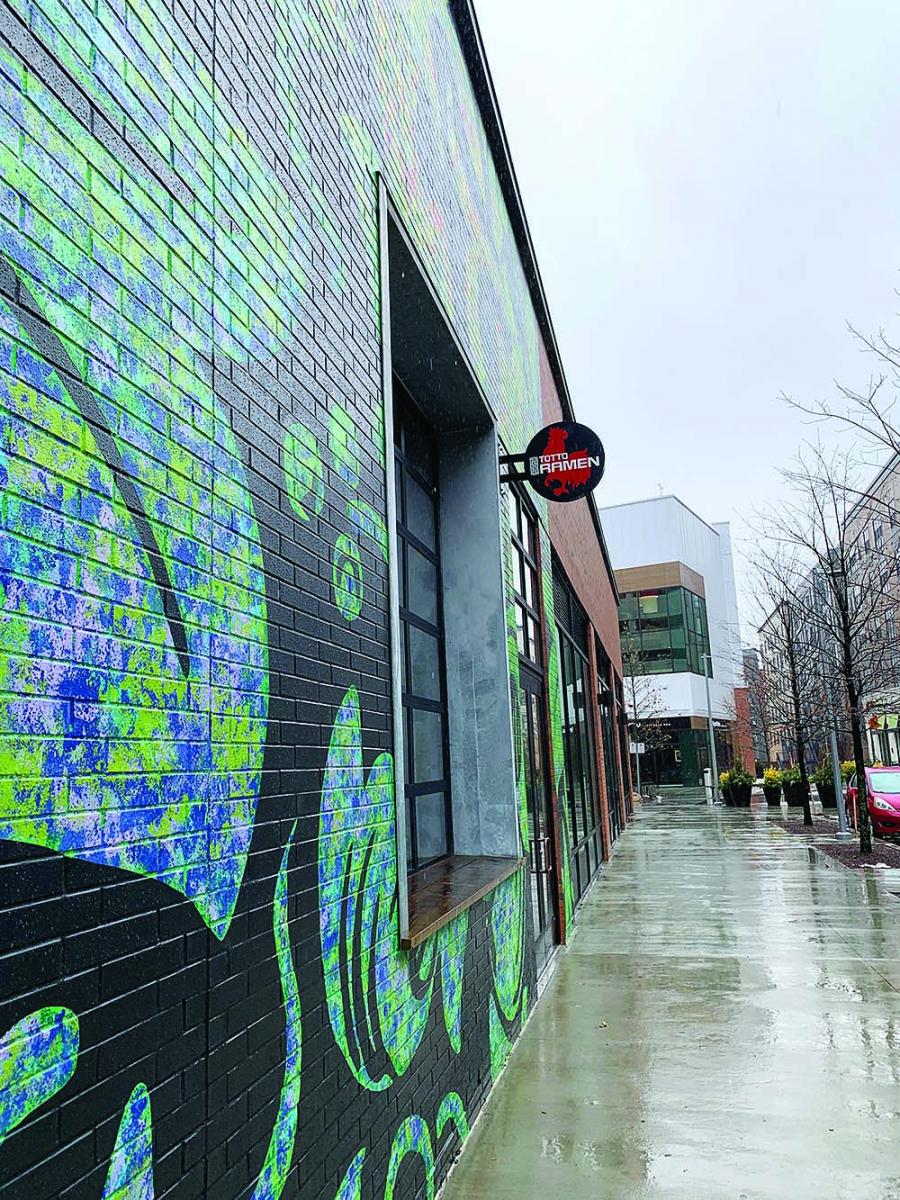 A shot of the new storefront on Lucy Street in the shopping complex’s Town Center district. Daniel Sheehan photo

Many restaurateurs are food service veterans who fulfill a life-long dream when they open up an establishment. Nguyen’s path to becoming an owner has been a bit more circuitous: After graduating from Suffolk Law and moving to New York with his wife, he became a regular customer at the famous Totto Ramen in Hell’s Kitchen, often waiting over an hour in line for a bowl of the Japanese noodle dish. A short time later, after work brought him to Singapore, Nguyen realized it was time for a change.

“I was miserable,” he said. “I was doing contract law, so I was reading like hundred-page contracts, sitting behind a desk all day. It wasn’t me.”

On a whim, he sent an email to Bobby Munekata, founder of Totto Ramen, asking if he had considered expanding his franchise to Boston. Munekata told Nguyen no “for two years” before finally relenting. In 2014, Nguyen opened Totto Ramen’s first Boston location in Allston. “I kind of just happened to luck into it,” he said, chalking up the turn of events up to “dumb luck.”

He added: “I never thought of opening a restaurant. I didn’t know how to do anything. The first time I ever worked in a restaurant was when I built it. I was never a dishwasher or a waiter or a cook or anything. So, it’s been a learning experience. I’m making mistakes on the daily, but I’m learning from them.”

The streamlined layout of the restaurant space on Lucy Street in South Bay’s Town Center is similar to that of the franchise’s other locations, and the menu is essentially identical, offering a handful of meat-based and vegetarian ramen options. 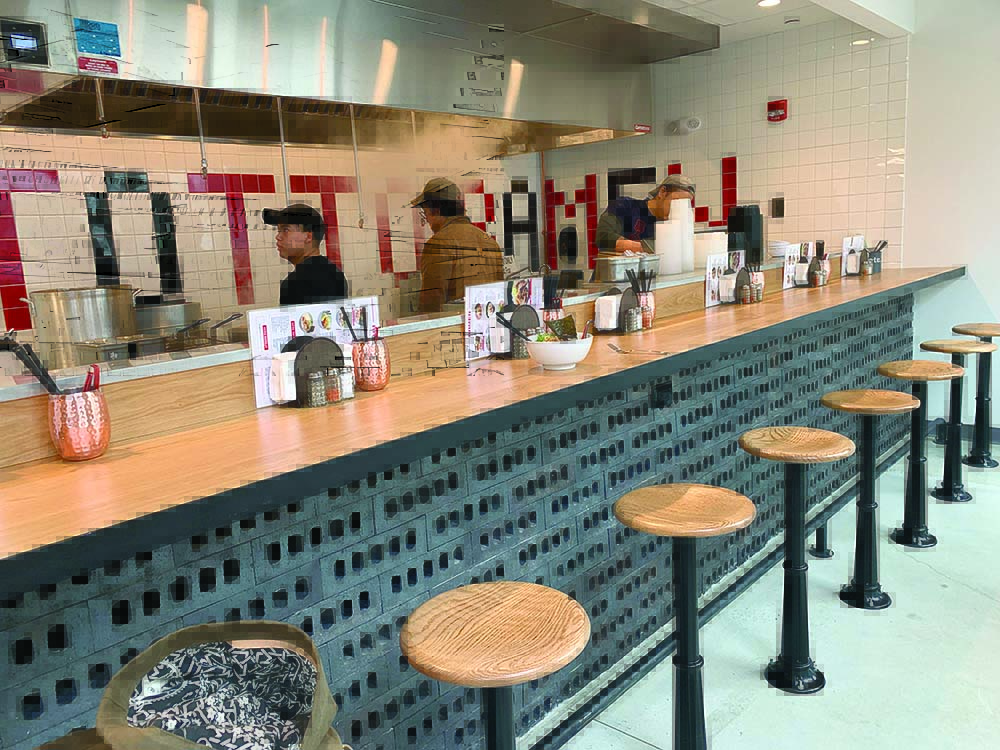 The secret to Totto Ramen’s signature recipe is its homemade Paitan chicken broth, which, Nguyen says, takes hours to make every morning. The eatery also offers a selection of sake and local craft beer.

Totto Ramen South Bay made its soft opening two weeks ago — just in time for those looking to combat the cold with steaming bowls of broth. Nguyen says he expects business to begin ramping up as the eatery finds its feet and begins making a name for itself. Looking out the window across the street, he sees a business with which he finds some common ground: Wahlburgers.

“The Wahlberg guys did the same thing, right? They grew up in Neponset, then they opened this thing. For me, it was the same thing; like, I grew up here and I was just, like, why not?” 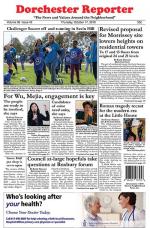