Neighbors grooved to live jazz and soul performances at the Mattapan Jazz and Unity Festival on Sunday at the Foley Green on River Street. Yukun Zhang photos

Ron Savage surveyed the scene under a warm sun Sunday afternoon as a few hundred spectators gathered on the lawn in front of the Foley Senior Residences for the first annual Mattapan Jazz & Unity Festival.

“This space has never been used in this way,” said Savage, a teacher at Berklee School of Music and one of the key organizers of the event.

A large stage had been set up facing River Street, and people of all ages and sizes sat or lay on the Foley Green under the shade of a cluster of trees or beneath the cover of their own canopy chairs.

From time to time, a few came forward to record or dance, or both. Local vendors sold clothes, crafts, jewelry, cosmetics, and food and drinks were spread out along the sides.

“People sometimes overlook the fact that in Mattapan and Dorchester and Roxbury, many great musicians—jazz musicians, world-class musicians—either live here right now or grew up in this area,” said Savage. Today we are featuring— by and large— musicians who were born and raised and groomed as world-class musicians right in this neighborhood.”

Among the artists on stage was a trio led by Savage, featuring Gabrielle Goodman and Bill Pierce; Rollins Ross with Athene Wilson on vocals; Sean Skeete and Mzizi West with Jacques Schwarz-Bart; and a group of “all-star” musicians from Berklee. 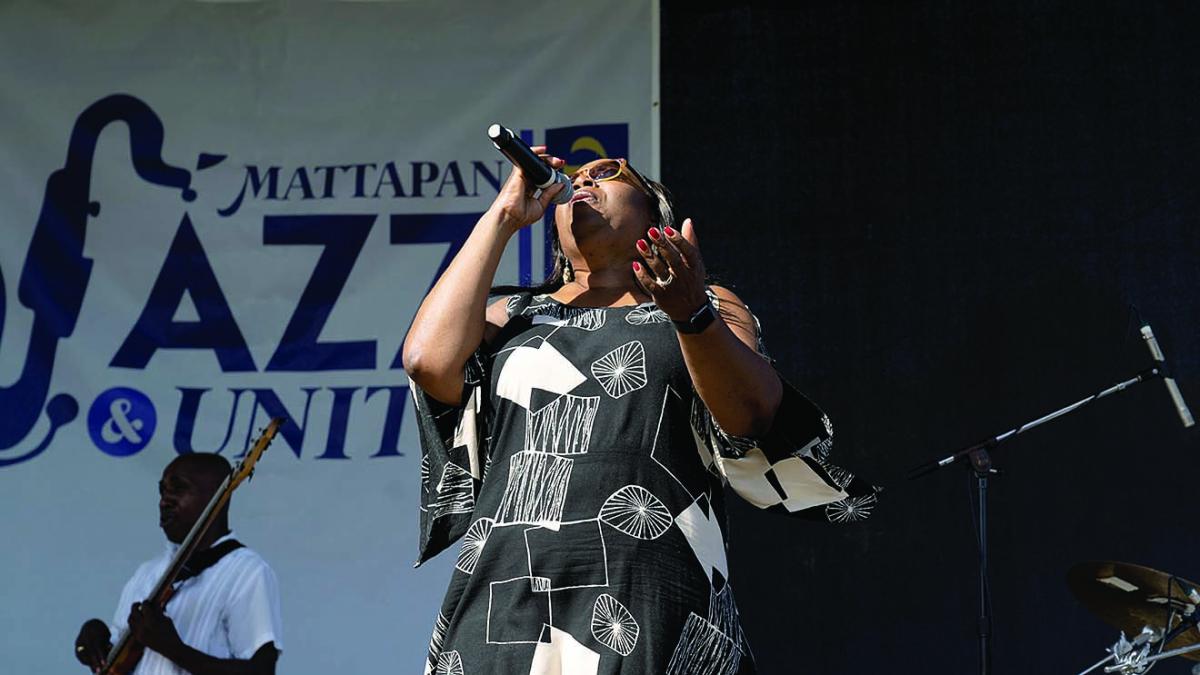 Organizing the festival was a labor of love. Myrtle Huggins of the Apple Grove Association, sitting on the edge of the overflowing senior tent, said neighbors met with City Council President Andrea Campbell, the main organizer, and decided that a jazz music festival “is the way to put everything together.”

“It’s an idea that I had years ago,” said Campbell. “What’s exciting is that we made it happen. I don’t want to wait for permission to do great things in my district, so I pulled in a lot of stakeholders and sponsors, Mattapan elected (officials), the mayor and many others. They said, ‘Okay, we’d love to support you and this idea,’ and it came together beautifully.” 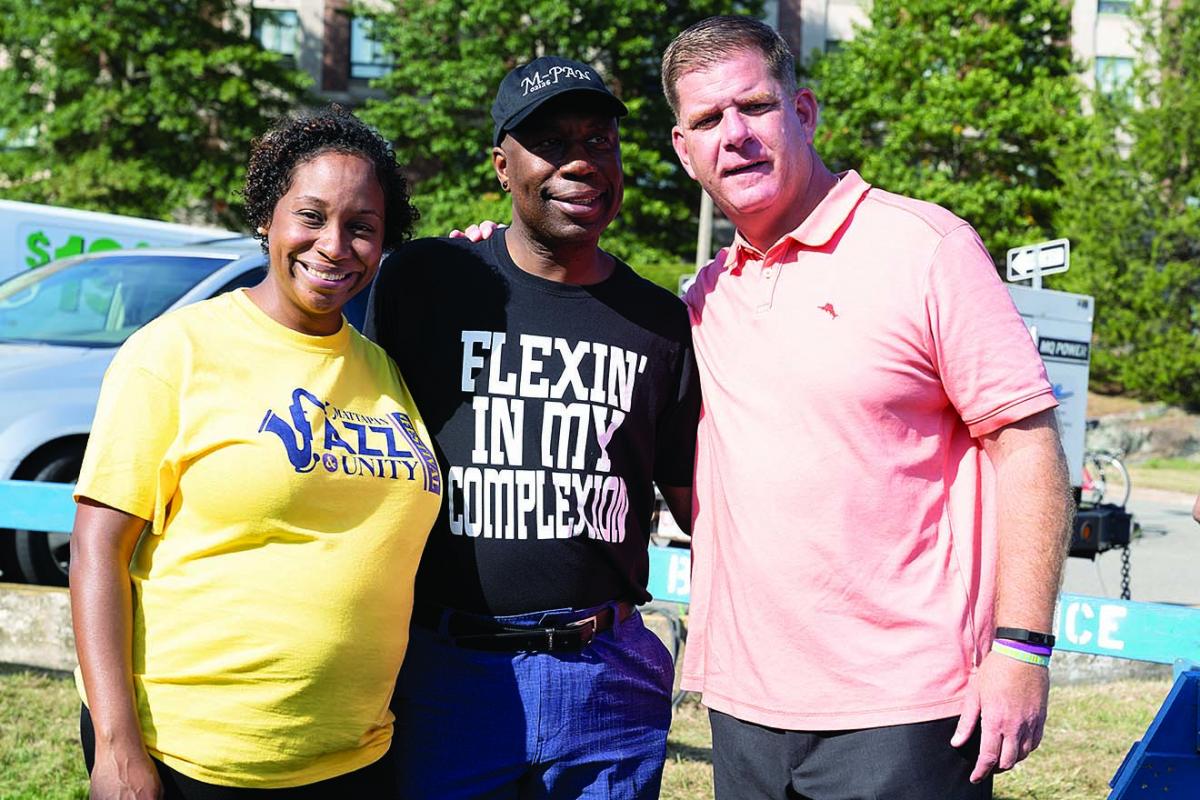 Walsh said it was “amazing” to have a jazz festival in Mattapan. “We are bringing in a big push in the city for more arts programming, music programming, and more cultural programming. And this does it all,” he added.

Wilson-Howard’s mother, Anne Kinkead, was one of the four seniors highlighted by Campbell on stage. The seniors participated in The Bridge Project, connecting District 4 seniors to formerly incarcerated Bostonians by letting the seniors share their stories.

“This is the best place to start to celebrate Mattapan,” said Campbell. “Not just celebrating an incredible form of music, but also celebrating the residents of Mattapan, the community that lives here, the businesses, and the folks that make this community great.” 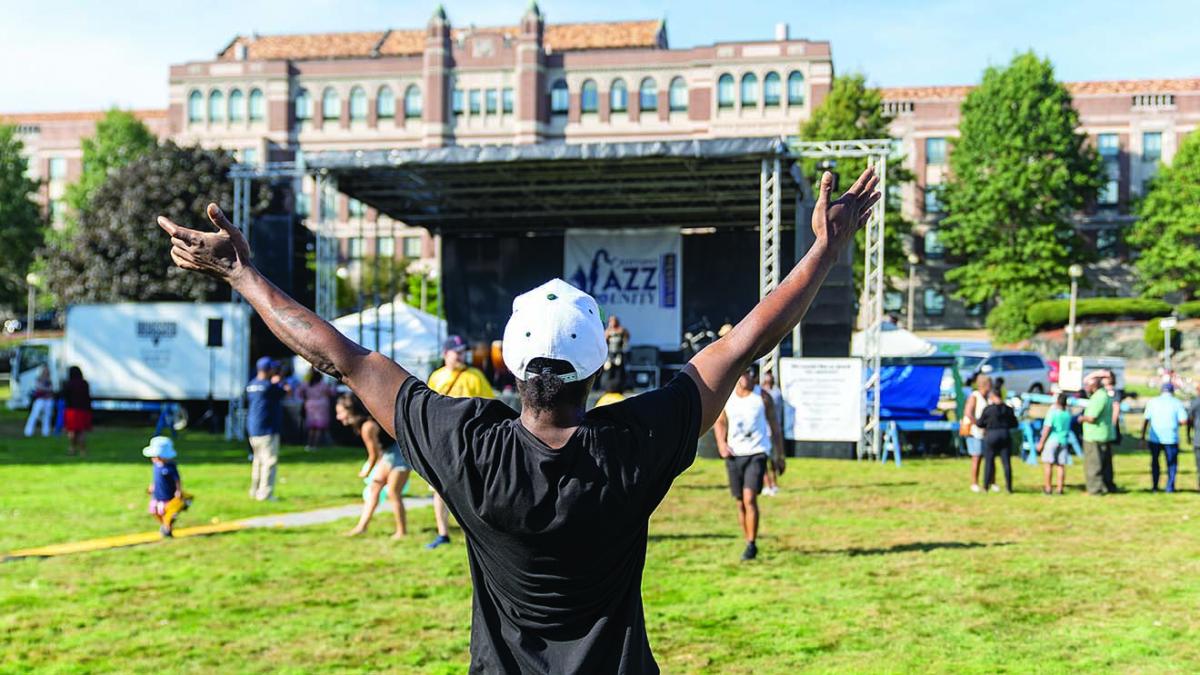