When the trailblazing physician Dr. Jack Geiger died at his Brooklyn home last Monday at the age of 95, his passing prompted strong reactions in the Boston medical community, where he helped pioneer the neighborhood health center movement decades ago.

Together with Dr. Count Gibson, Dr. Geiger founded the first health center in the nation on Columbia Point in 1965, establishing what is today the Geiger-Gibson Health Center. That, in turn, inspired the founding of medical treatment facilities in neighborhoods across the city.

But Dr. Geiger’s impact wasn’t just local; it was felt in towns like Mound Bayou, Mississippi, where he founded a sister health center mirroring his efforts in Columbia Point, and, more widely, in regions across the country and around the world.

Jim Hunt, of Dorchester, the president of the Mass League of Community Health Centers whose retirement is impending, became close with Dr. Geiger over the years. In an interview with the Reporter, he related a story illustrating how closely Jack Geiger’s medical foresight and civil rights activism were intertwined with the scope of American history.

“He was big into the civil rights movement, and in fact was on the Edmund Pettis bridge with Dr. Martin Luther King and John Lewis when Lewis was hit,” said Hunt, describing how Geiger and Gibson aided freedom marchers in the South during that time. “He was responsible for getting John Lewis out of Selma and on a plane to Boston to be treated here.”

That same year, Dr. Geiger was laying the blueprints for comprehensive, community-based care in the Columbia Point housing project. Soon, Hunt said, others took notice and began to follow suit.

“There was a very important meeting of all the health committees in Boston at Northeastern in 1971,” explained Hunt. What came out of that meeting, he said, was the conclusion that every neighborhood in the city of Boston wanted a health center. It inspired the establishing of organizations like Roxbury Comprehensive and the Neponset Health Center, he added, and spurred the city of Boston to provide seed grants for the health centers.

“By time I joined in 1974 as a volunteer doing governmental affairs work,” said Hunt, “there were 17 health centers in Boston alone, and little did we know that in other gateway cities across Massachusetts – Lynn, Worcester, and Lawrence – there was keen interest as well.” By 1975, using Dr. Geiger’s footprint and his model, the health center had become a permanent fixture in neighborhoods, Hunt said.

He added: “In focusing on preventative care and addressing social factors like employment, sanitation, and education rather than simply treating disease after the fact, Dr. Geiger was ‘way ahead of his time.’” 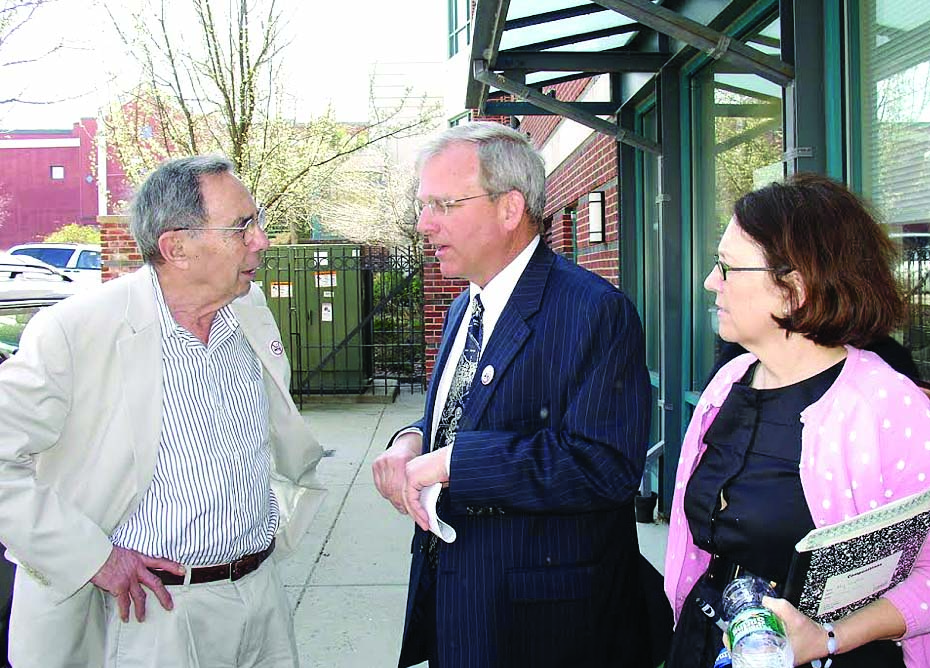 Bill Walczak, who co-founded the Codman Square Health Center in 1979, said he identified with Dr. Geiger’s “radical” approach at treating the whole patient and their social circumstances rather than just their symptoms.

“His success and philosophy were in trying to get people to understand that if you don’t deal with the causative aspects of poor health, you will never create a healthy population,” said Walczak. “We treat disease in our country, not the cause of disease, and that’s the major problem in the American healthcare system. That’s what health centers should be all about.”

Walczak recalled the time when Dr. Geiger visited Codman Academy in 2010 and expressed his support for the organization’s hybrid model.
“We were so pleased to have him here to show off the first health center/school combination in America, and I remember him saying he hoped other health centers would do same thing as way to make sure kids of color could get jobs in community health centers and provide those services to their own communities.”

Over the last week, a number of other local medical professionals and leaders in the community health center field reflected on Dr. Geiger’s legacy.
In a statement, Sandra Cotterell, CEO of Codman Square Health Center, called him “a true visionary. Community health centers exist today and serve millions annually because of Jack’s determination and efforts. Codman Square Health Center was started in 1979 largely based on his beliefs that the health care industry take a holistic view of health and address the social determinants, which continue to be our mission and vision to this day...he will be truly missed but not forgotten as we will continue to operate based on those tenets and beliefs he espoused back in the 60’s.”

Dr. Christopher Zimmerman, medical director at Harvard Street Neighborhood Health Center, described Dr. Geiger as “an icon who started the health center movement. He was a founding father, and we as medical professionals follow his leadership and use his work as a guide for how to do things. Throughout his life, he made great contributions and did so much good.  He leaves behind a great legacy and will be truly missed.”

Chuck Jones, the current head of Harbor Health, Inc., which manages the Geiger-Gibson Community Health Center that carries on his mission in his name, spoke to the famed doctor’s core tenets of empathy and compassion:

“Dr. Geiger’s life and accomplishments have been well documented, so I won’t attempt to recount them all here.  Perhaps his legacy can best be honored by remembering that, yes, while he was a doctor, Harbor’s co-founder, a founding member of two anti-war Nobel Peace Prize winning organizations, and an iconic figure in public health, he was also someone who simply believed we should look out for people in trouble.

“For him,” said Jones, “building and sustaining a healthy community was not only about providing exceptional healthcare, but also about fostering mutual respect and compassion, and sharing knowledge and resources so that everyone had a chance to reach their full potential. Racial and social justice were and are inseparable from community health.

“After watching the health and economic effects of the pandemic disproportionately fall across the country this year, we will continue to be inspired by this same belief.”