City officials discussed next steps in the Uphams Corner Arts & Innovation District process, including updates on plans for a new Boston Public Library branch on Columbia Road, during a virtual meeting held last Tuesday (May 25).

The planning in Uphams Corner has been underway since 2017. David Leonard, president of the Boston Public Library, led the discussion about the new branch setup while displaying three potential designs. The building will be sited on the former Bank of America property and its adjacent parking lot on the corner of Columbia Road and Cushing Avenue next to the city-owned Strand Theatre.

Leonard discussed what his team has gleaned from community members about their wants and needs for the new library. In addition to having extended hours, a partnership with the Strand, and outdoor spaces, residents hope to have the library form intergenerational relationships and “communicate the unique cultural identity of Uphams Corner.” 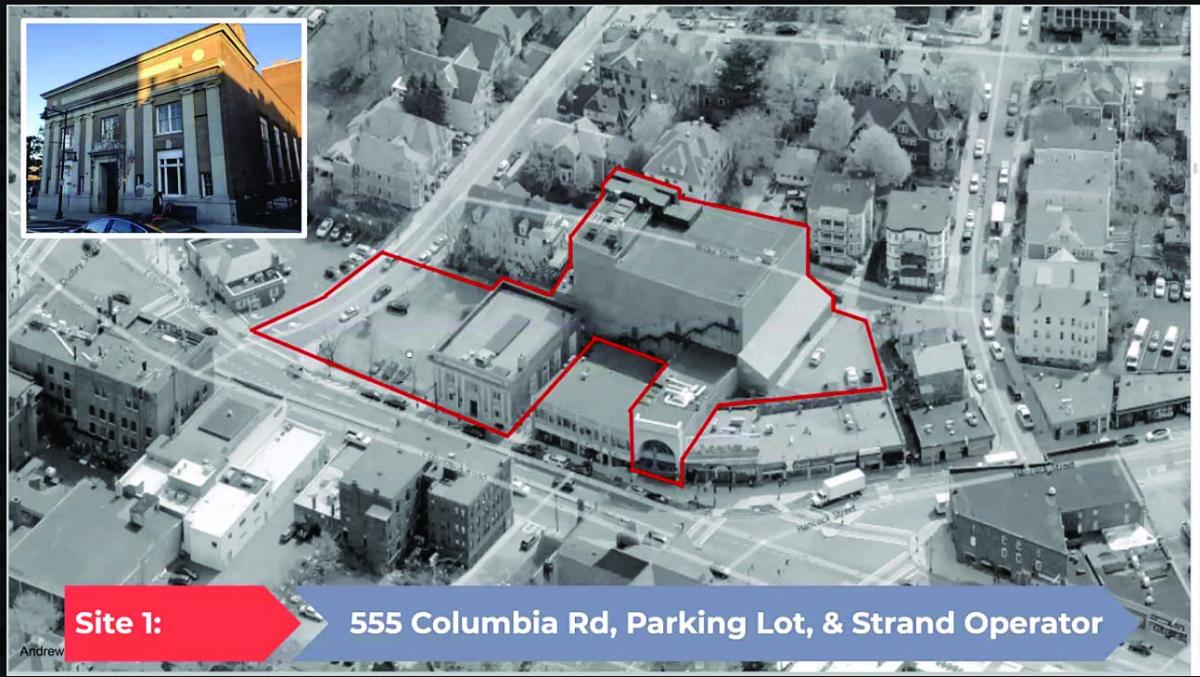 “This is one of several sites throughout the city, where the library is partnering with the Department of Neighborhood Development, and the BPDA and [the Office of] Economic Developments to really explore if it’s possible to bring about housing and a library on a single site,” Leonard said.

The first design, a “side-by-side” design, included affordable housing on the corner side of the building and the library next door in another building. The second option is a single-floor, stand-alone library with no housing option. The last option, called the “tenant” option, is a mixed-use building with the library on most of the first and second floors and affordable housing above.

“We’ve heard again [about] the firm commitment about development without displacement,” Leonard said. “We’ve heard the context of looking at the Uphams Corner neighborhood development as an arts innovation district. It’s very important to us that we celebrate the arts and culture dimension, which has positive economic impacts, but also look at the innovation coming out.”

The potential designs each come with different projected timelines: after city funding approval, the stand-alone library will take about three years to complete, while the mixed-use building will take more than four years.

The meeting was divided into breakout rooms to get feedback from residents about benefits, questions, and concerns.  Residents brought up a range of topics, such as how the Strand will be impacted and whether commercial spaces for small businesses or a cafe could be available.

The meeting ended with an update on the Requests for Proposals (RFP) and next steps in the process. According to the plan, the city expects to issue the RFPs by late summer.