The topic on Thurs., July 28, was the Blue Hill Avenue redesign and the reconfiguration of Mattapan Square, but the format wasn’t a typical lecture-and-listen session, and the location wasn’t a school cafeteria.

Boston Transportation Department (BTD) officials, the MBTA, and other planners provided information on the two transformative projects against a backdrop of a DJ playing music and a cash bar with food inside Kay’s Lounge right on the avenue. 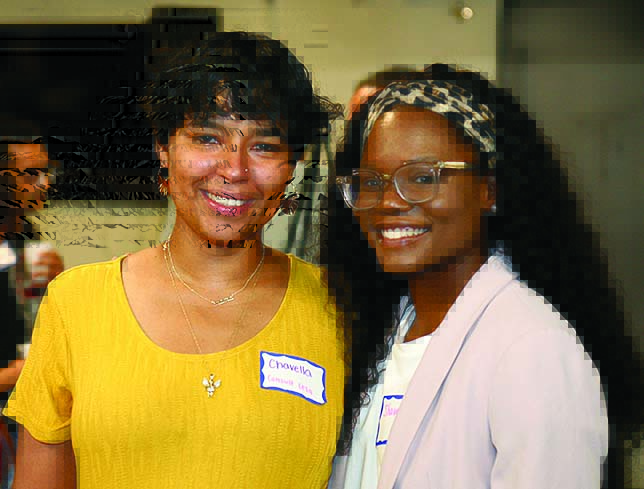 Chavella Lee-Pacheco and Shavel’le Olivier, both of Consult Le La, have been tapped to help the city and BTD reach out to communities of color, particularly young people aged 20-40, to get them into the conversation about changes in Mattapan Square.

“We really wanted to do something different to present the information in a different location because community meetings tend to attract people who drive cars, and older folks because they have time,” said Shavel’le Olivier, one of the founders of Consult Le La, which is supporting the BTD in the agency’s efforts to engage the neighborhood’s younger residents.

“Many young people have two or three jobs and are really busy,” she said. “We don’t have time to go to a meeting at odd hours, but we might come out to something like this after work where you can socialize and get our voices into the discussion at the same time.”

Olivier and Consult Le La partner Chavella Lee-Pacheco have long been trying to get young voices to the table for the Blue Hill Avenue and Mattapan Square projects. They started their efforts without city backing nearly two years ago. Last year, they successfully held workshops for youth ages 10-19, reaching 150 young people and getting back 102 individual surveys.

Seeing that success, the BTD approached Consult Le La and asked them to help connect with communities of color, and, in particular, people ages 20-40, specifically abou Mattapan Square. For the entirety of Blue Hill Avenue, Mattapan’s Allentza Michel and her Powerful Pathways group is working in tandem with Consult Le La on the same goal. 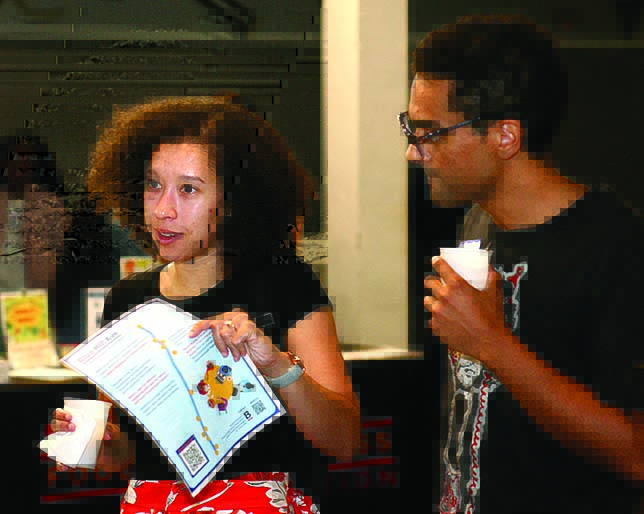 One thing Olivier and Lee-Pacheco had learned is that for residents 10-19 words like “Transportation Planning” and “Community Meeting” are major turn-offs, and somewhat intimidating. When it was broken down into things like crosswalk improvements, bus stops, and bicycles, and in a casual environment, the mood changed.

At Kay’s Lounge, in partnership with the SPARK Boston group, the mood entailed DJ WhySham spinning music all night, and tasty food from ZAZ Restaurant.

The introduction and speaking program were intentionally short and to the point. There were no slide decks, Power Point presentations, or overhead projectors.

There was quite a bit of conversation, people meeting each other for the first time in person after the pandemic-driven Zoom era, and a good deal of networking. But the focus of the evening was not neglected, and everyone was there to find out about the future of the Blue Hill Avenue corridor. 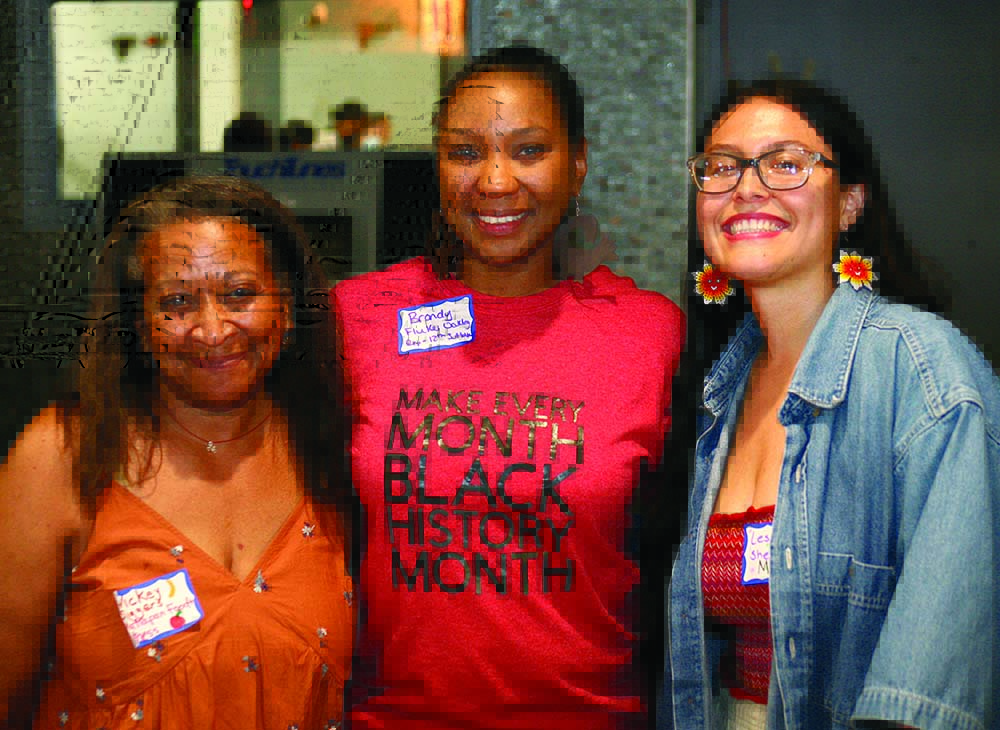 “My parents bought property here years ago and it’s going to be up to me to take care of it and the community around it,” said Chad Fletcher, who noted he began to get involved just prior to the pandemic. “These are decisions I’m going to have to live with for years to come and my children,, too if I decide to have them. That means I need to make sure I know what the plan is going to be.”

Long-time Mattapan resident Marquis Cohen said he needed to find out exact plans and make sure he was in on the conversation.

“I’m definitely concerned with what’s going on in my town,” he said. “I’m also looking to be a business owner in Mattapan Square. I’m a little concerned about the parking plan, but I do think what they want to do could help with traffic, which can get crazy quickly in Mattapan Square. The buses have to go across two or three lanes to make the turn and that’s not ideal. My main concern, though, is going to be parking.”

Maya Saunders said she doesn’t live in Mattapan Square but does live up the street about 10 minutes. She said making it to traditional meetings can be difficult and having something more relaxed was helpful for her. 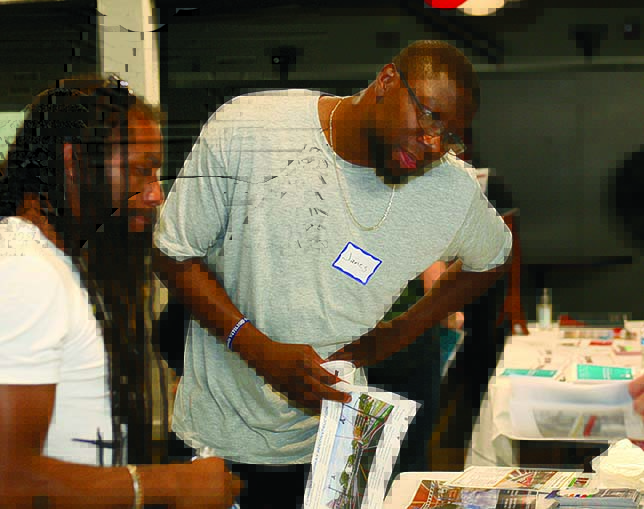 “I might have missed some community meetings, but I do want to know what they’re doing,” she said. “If they make decisions and designs without me, that’s going to frustrate me. I wanted to know more, and I think I feel a lot better about it now after having a few conversations.”