A view from above of the atrium in The Beat building.

The Beat on Morrissey Boulevard now has a tenant and a food hall operator – and new plans for even more space for life sciences operations just a few steps behind the building, which was once the headquarters of the Boston Globe.

A tour of the four floors of 135 Morrissey Blvd. last week offered a look inside the 700,000-square-foot facility, which is expected to be home to up to 3,000 workers once it’s complete and occupied. They’ll have bike racks, a gym, a basketball court, and views of leafy Patten’s Cove along with their work spaces. The Beat moniker is a nod to the reporters who once worked their beats inside its walls before they left for downtown Boston in 2017.

For the public, an atrium sited just past the entrance and featuring high ceilings and seating in common areas will be available mornings and evenings. Craft Food is handling the food hall, which will come with a food truck. The outfit already has operations in Marlborough, Lowell, Waltham, and Lexington, which features a patio and fire pits. 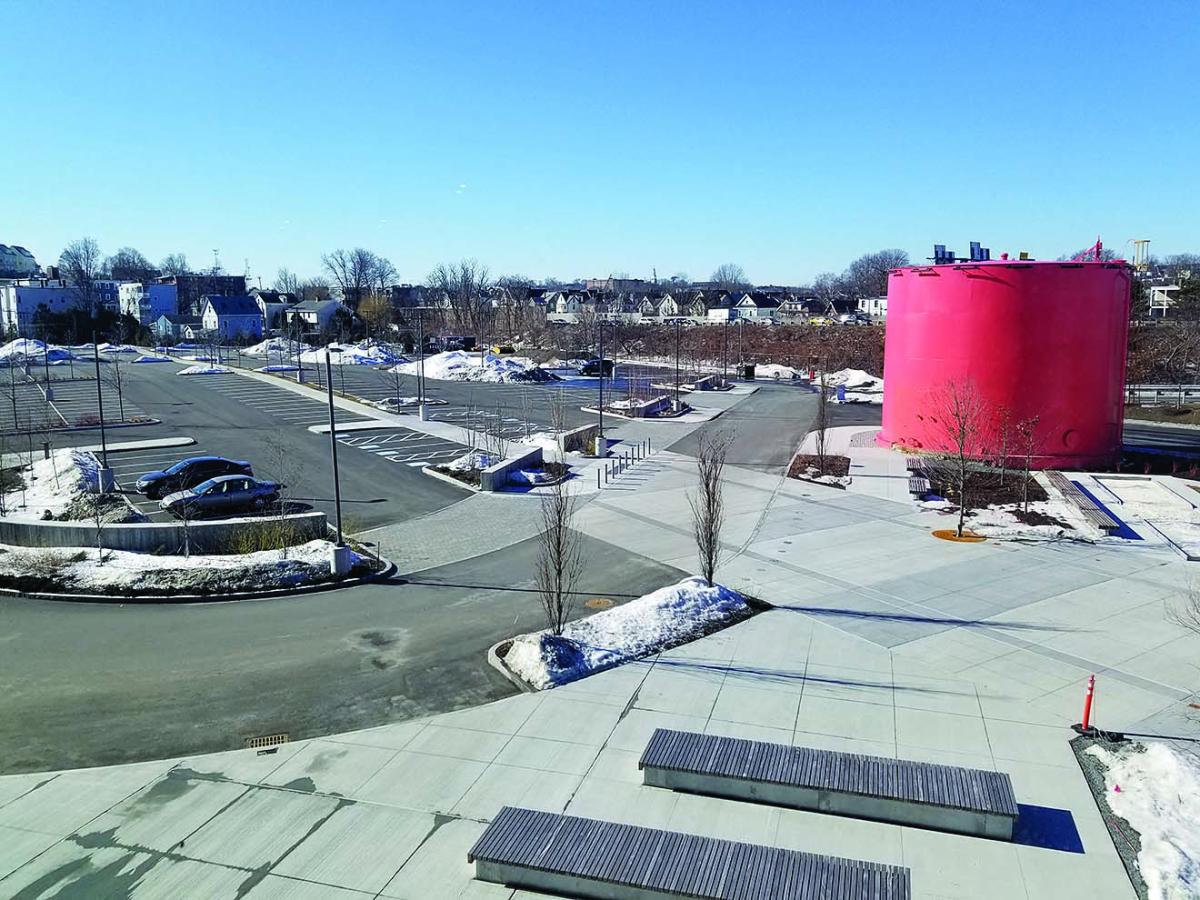 At right, the space where developers envision an additional building for biotech work. Gintautas Dumcius photos

The gym, available to employees only, will be run by Innercity Weightlifting, a Dorchester nonprofit that has gained acclaim for its focus on at-risk youth.

Nobull, a fitness apparel company that is the first announced tenant for the office space, plans to move into its space in September.

The six-year-old company, which started in Hingham and is currently located near South Station, will lease 96,000 square feet for a studio and marketing efforts located toward the back of the building, close to where trains used to unload rolls of newsprint for the Globe’s presses.

Footage for life science tenants will be ready earlier, in June. The Beat will be able to house up to 15 life science companies, depending on the size of the biotech businesses. Flagship Pioneering, a venture capital firm focused on life sciences that helped with the launch of the coronavirus vaccine maker Moderna, is in negotiations for space inside the building.

Steve Purpura, the president of Beacon Capital Partners’ life science platform who led last week’s tour, recently told a civic group that the cost of rehabbing the Globe space for The Beat will run close to $1 billion for his firm, which is working with Burlington-based Nordblom on the project.

Before Beacon Capital came in and put its name on the front doors of the building, Nordblom, which bought the site in 2017 for $81 million, and Alcion Ventures, which the Boston Business Journal has reported is no longer part of the team behind The Beat, worked to overhaul the space. It was first pitched as creative and light industrial space before the pivot to life sciences.

The pivot came as demand for biotech space soared. Venture capital dollars have poured into the sector and tens of thousands of jobs are expected to be created in the coming years.

Local elected leaders like Councillor Frank Baker have pushed for a training program to offer Dorchester residents an opportunity to work in the sector. The Beat is expected to house a 5,000-square-foot training facility inside.

The demand for life science space remains so high that the team has returned to the drawing board and penciled in an addition to the site adjacent to the main building, inside what’s now a parking lot, behind I-93, and alongside Savin Hill Avenue.

The projected six-story building could add more biotechs to the site, which is a short walk from the JFK/UMass and Savin Hill stops on the Red Line, and a quick ride from Cambridge’s Kendall Square, a regional hub of life sciences and technology companies.

The Beat’s team has not yet filed plans for the new building with the Boston Planning and Development Agency.

On Morrissey Boulevard, the former Boston Globe headquarters gleams under new management as construction workers inside ready the space for a fitness apparel company and at least a dozen incoming biotech companies. 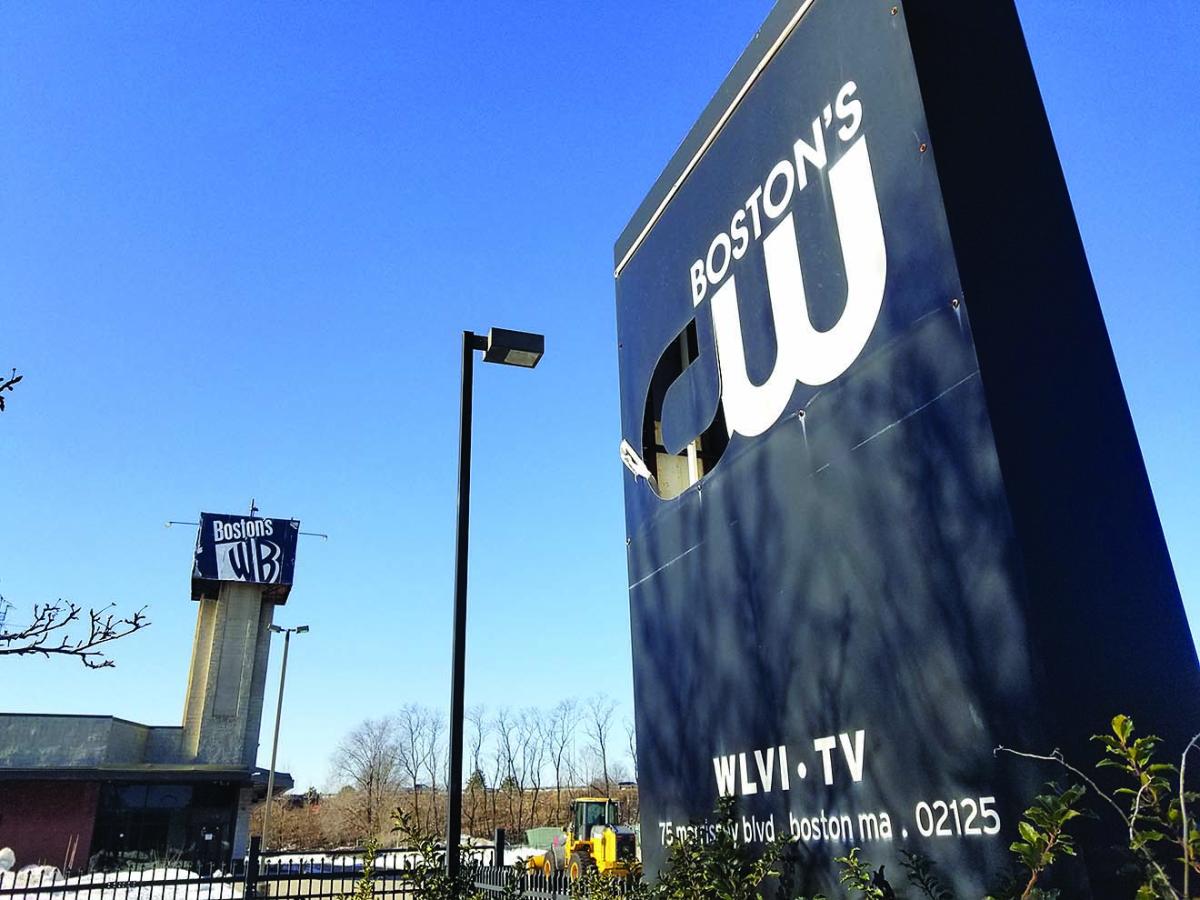 But right next door, the property known as 75 Morrissey sits empty and in poor shape, verging on eyesore status.

Once home to the WLVI-TV (Ch. 56) studio, the site still sports a tower with the sign “Boston’s WB,” a reference to the station’s past affiliation with Warner Bros. Closer to street level, a sign at the entrance, “Boston’s CW,” a reference to a onetime affiliation with CBS and Warner Bros., has had the “C” punched out, looking as if someone had taken a swing at the letter and left the form intact.

New York-based Center Court Partners, which had previously made an unsuccessful bid for the Globe site, bought the 2.23-acre property in June 2017 for $14.5 million from car dealer Herb Chambers. In 2018, Center Court also bought the Star Market at 35 Morrissey and the Beasley Media Group Boston building at No. 55 for a total of $56 million.

The first proposal, as part of phase one and involving 75 Morrissey, called for the property to hold two residential towers. The proponents first scaled the towers down, and then, in Feb. 2021, through a filing with the Boston Planning and Development Agency, they pitched two buildings: One for life science and office uses, totaling 250,000 square feet, and another with 175 residential units.

Since then, they’ve been quiet as development up and down Morrissey has proceeded apace, with filings and multiple meetings for the Dorchester Bay City proposal for the former Bayside Expo area, and apartment buildings by Boston Bowl.

During a recent walk around the property, which featured icy puddles and a snow-clearing tractor parked nearby, the Reporter came upon a “DANGER” on the front door that had been posted by the state’s Office of Public Safety and Inspections. The warning, dated Sept. 21, noted that the elevator inside the former studio is out of compliance.

An email to real estate CBRE, the property manager for the site, went unanswered as of Tuesday afternoon.

The developers plan to restart community and city agency reviews after discussions with their architects and urban planners, among others. They hope to make a presentation before the Columbia Savin Hill Civic Association in the "very near future," the attorney said.