Rep. Dan Cullinane, shown speaking art the dedication of the Blue Hill Avenue station on the Fairmount Line last year, will not seek re-election to the 12th Suffolk House seat that he has held since 2013. Photo courtesy Rep. Cullinane's office

State Rep. Dan Cullinane will not seek re-election to his seat in the House of Representatives this fall. Cullinane, 34, has held the 12th Suffolk seat — which includes parts of Dorchester, Mattapan, and Milton— since winning a hotly contested special election in 2013.

“After much thought and deep reflection with my family over the holidays and throughout January, I have made the decision that I will not be a candidate for re-election as state representative,” Cullinane said in a statement shared with the Reporter this week.

“This was the hardest decision of my professional career,” he added, “but taking a step back from the demands of public life at the conclusion of this term is the right decision for my young family.”

Cullinane and his wife, Emily, live in Dorchester with two children, William, 2, and Isabel, 8 months. “Both have changed our lives in so many special ways and brought us more joy than we could have ever imagined,” the legislator said. “For me, this is the right time to move on from elected office to put my family first.” 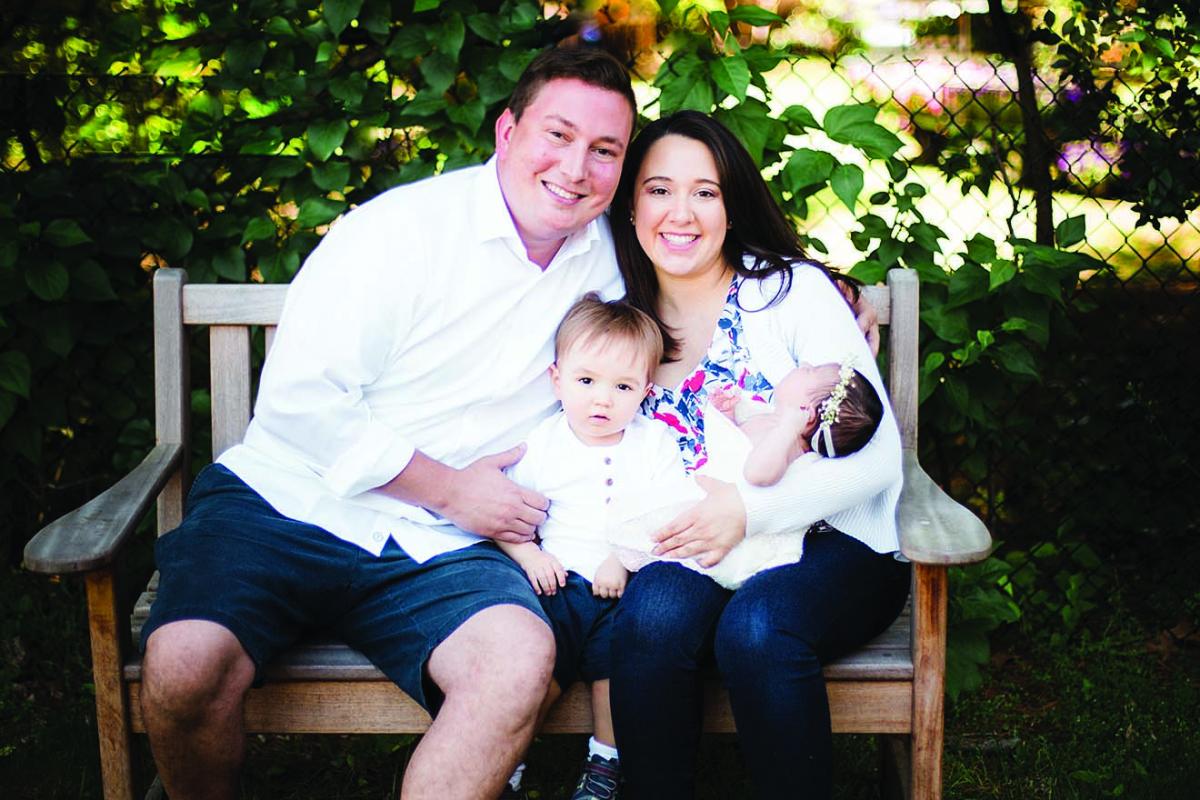 On Tuesday, Cullinane said that he intends to complete his term in office, which ends in December of this year. “While I may not yet know what the next chapter in my career will be,” he said, “it is my full intention at this time to keep my commitment to the people of the 12th Suffolk District by finishing the full term I was elected to serve.”

Cullinane’s announcement is likely to trigger a new wave of interest in what will be a wide-open contest for the seat, which was last up for grabs in 2013 following the departure of Linda Dorcena Forry, who vacated the 12th Suffolk seat when she was elected to the State Senate that year. Cullinane then beat two other candidates to secure the House seat. He has since beaten back consecutive challenges in the last two election cycles from Jovan Lacet, a Mattapan-based attorney who last year indicated that he planned to mount a third challenge against Cullinane this year. A potential new candidate— Donovan Birch, Jr.— has also been mounting a campaign for the seat.

Cullinane has been an outspoken advocate for his district, particularly on matters impacting transit equity. He championed the preservation of the Mattapan High Speed Trolley line and fought successfully to persuade MBTA leaders to allow Fairmount Line commuters to use Charlie Cards on the line. On his watch, the state completed a “missing link” connection on the Neponset Greenway and added a long-awaited Blue Hill Avenue station to the Fairmount line.

Mayor Martin J. Walsh called Cullinane’s departure “a big loss for the Boston delegation and for Dorchester and Mattapan. Dan worked for me as an intern, right out of college. He has always had a passion for public service and he is a great elected official, because he just wanted to do the job. I commend him for all the great work he’s done.”

State Rep. Daniel J. Hunt, who represents Dorchester and Quincy in the Legislature’s neighboring 13th Suffolk district, said that Cullinane’s departure will leave a significant hole in the neighborhood’s delegation.

“Rep. Dan Cullinane is a great colleague and has become an even better friend,” said Hunt. “He has quickly risen in leadership in the House while showing laser focus on improving the lives of his constituents in Dorchester, Mattapan and Milton.  He immediately took the baton from his predecessors and helped shepherd many projects through completion, including the ‘missing Mattapan link’ of the Neponset Greenway project.”

Cullinane’s House colleague in Milton, Rep. Bill Driscoll, said that “the wealth of experience he amassed in a short time will be missed in his district and at the State House. I could not have asked for a better partner in representing Milton. Dan helped me get my bearings after I was elected and for that I will always be grateful.”

Driscoll noted that Cullinane’s “hard-work for the district will be felt for many years to come, particularly as the trolley line is set for more than $100 million in investments in the coming years.”

According to a statement from his office, Cullinane missed only one formal session in the House of Representatives over a six- year period, and that was to be on hand for the birth of his daughter.

“I am proud of what we have accomplished together and proud of the legacy of results and progress we will be leaving behind to be built upon by whoever should follow,” the representative said. 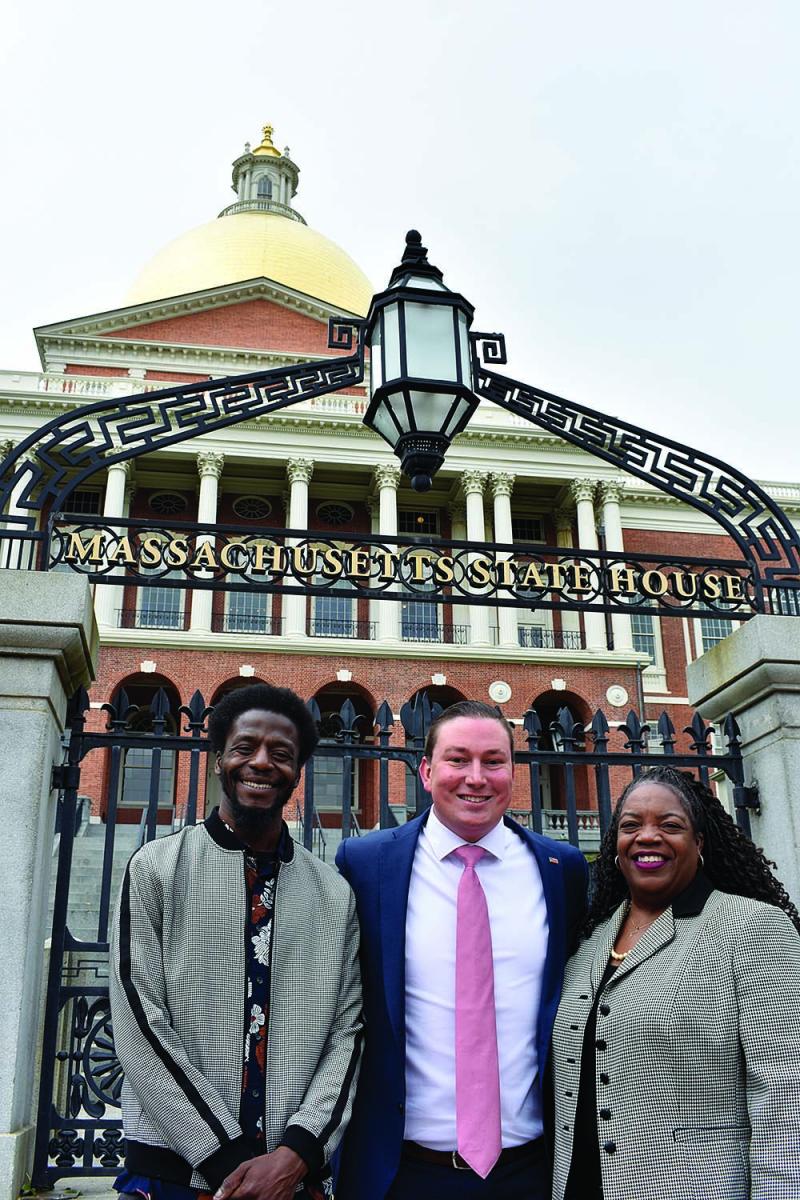 Leon David, who has worked as Cullinane’s top aide since 2013, said he is proud of the accomplishments that he and the representative can point to.

“Whoever takes the position next needs to be able to see the human in each person in this district, from those most in need to those in the most expensive properties,” said David. “That’s what Dan and his volunteers and staff had as our goal— that all were treated equally. I feel proud that we lived up to that challenge.”

Katie Trojano contributed to this report. Reporter editor Bill Forry is married to former state Sen. Linda Dorcena Forry, who is referenced in this story.