Ngoc-Tran Vu of Fields Corner, Howie Green of Uphams Corner, and Robyn Thompson-Duong of Savin Hill were among the 12 artists selected out of a pool of more than 50 applicants to participate in the installation by sharing their own experience of Boston food culture.

Vu chose to paint an ode to pho, the Vietnamese noodle soup dish ubiquitous in and around Fields Corner. “I wanted to do it to highlight some of the more marginalized food within Boston’s culinary scene,” she explained.

“A lot of us know the mainstream Boston foods, but I wanted to show really local communities and being Vietnamese-American, I wanted to highlight dishes in my culture and the community around me.”

Her utility box features one of the more minimalist designs in the installation: an empty bowl against a white background along with the herbs— cilantro and basil— that give pho its distinct flavor. 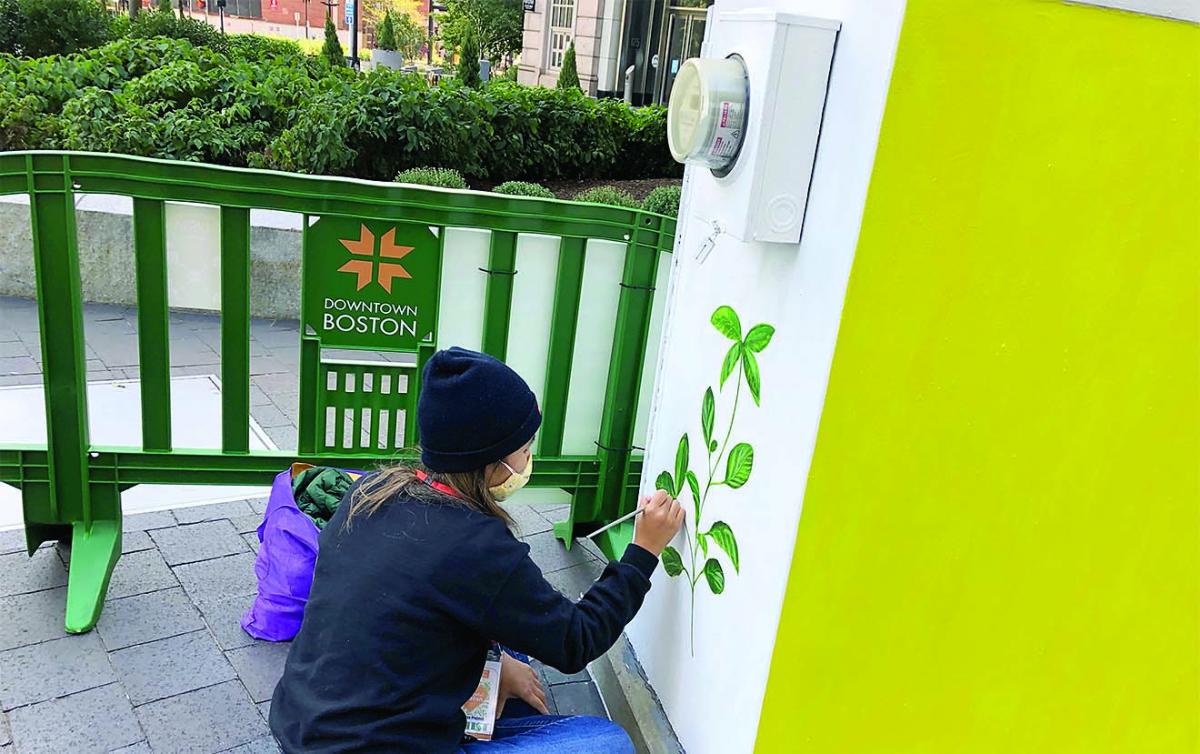 Vu said the warming, familiar nature of pho made it a fitting choice to represent her idea of home. “You can enjoy it in cold weather, and when you’re feeling down or feeling not so well, so it’s a very comforting vibe. My mom still makes it to this day. She made it when I was growing up. I think people from all cultures can relate to experiencing that feeling of home in a dish.”

Like Vu, Thompson-Duong said she wanted to portray the diversity of Boston’s food scene, which can sometimes be depicted as monochromatic in mainstream culture. Her colorful utility box, situated near Park Street station, aims to cover the full spectrum of Boston cuisines with an explosion of ramen, Ethiopian food, lobster rolls, ice cream, pho, cannolis, and boba tea.

“When I heard the idea for the project,’ she said, “I started thinking about all the food that represents Boston but is not what you would typically think about. The first thing that comes to mind is clam chowder, lobster, all that stuff...When I thought of all the foods I’ve enjoyed in Dorchester, there are so many diverse foods that it was hard to narrow it down to what I wanted to include.”

Thompson-Duong noted that while painting, she was reassured by a passerby who recognized the Ethiopian dish, saying, ‘That’s from my culture!’ Those small, uplifting personal interactions reveal the true purpose of the installation, she said.

“I wanted it to be positive, to feel hopeful, and to have people look at it and feel joy. That’s why I chose so many bright colors; people could use something in their day so smile about right now.” 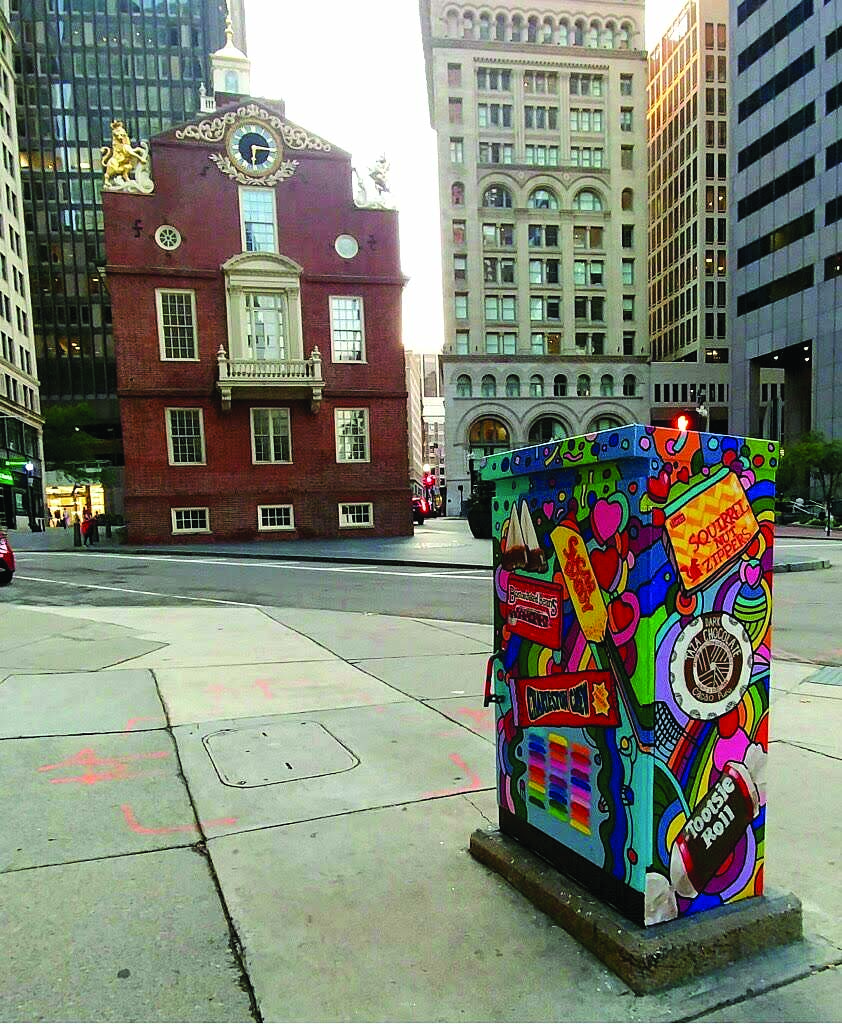 For his utility box, Green chose to illustrate a piece of Boston’s renowned confectionary history and hearken back to the days when the city was a “candy mecca.” He noted that “in the ‘20s, Boston was the candy capital of America.”

His design, a pop-art collage of sweets that originated in, or are still made, in Boston, features a wide variety of products, including Necco Wafers, Tootsie Rolls, Fluff, Sky Bars, Junior Mints, and Baker’s Chocolate.

“While I was painting, people kept coming up to me and commenting on their favorite candies,” he said. “People were very aware these were candies from Boston.”

Green added that his sweet-tooth connection to Dorchester began when he was a child growing up in Rochester, New York.

“I’m Dutch, and my family were terrific chocolate bakers,” he explained. “My aunts and mother would be in the kitchen baking and give us pieces of Baker’s chocolate to chew on. That dark bitter chocolate flavor is still my favorite!”

For more information on Tasteful Boston and a map of the utility box installation, visit downtownboston.org.